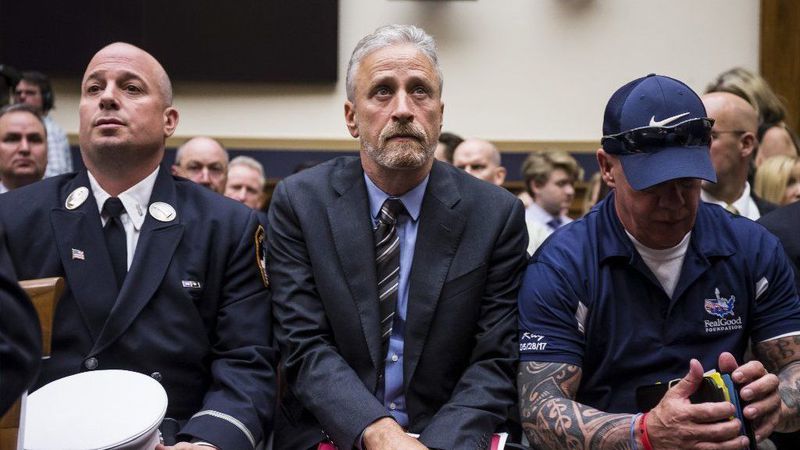 When Speakers Use Their Voices for Tangible Change

As a keynote speakers bureau, we hear a lot of speeches. We’ve become pretty adept at weeding out those who are disingenuous, speaking for a paycheck rather than a cause or the spread of knowledge. We work with thousands of speakers whose messages we feel deeply, but it’s rare we come across a speech so moving our office stops what we’re doing to listen.

Jon Stewart’s speech in front of Congress on behalf of the 9/11 first responders, arguing for their Victims Compensation Fund, was one of those moments.

After Stewart left The Daily Show in 2015, his fans and followers thought they lost their political guardian. He spent 16 years at the forefront of political commentary, working tirelessly to uncover misdoings and turn even the worst news into something bearable.

Little has been seen of him since his departure from late night TV. Occasionally, he will make an appearance on a comedy special as an almost unrecognizable version of himself—a long salt and peppered bear in clothes that are too comfortable to mean business. He’s steered clear of the political spotlight at a time when it felt like we needed him most.

That all changed as he sat suited, beard trimmed neatly in front of Congress. We were reminded he is still here to speak out against our country’s injustices.

Stewart used his status and power to draw attention to the inadequate healthcare our nation’s first responders are receiving. He began by addressing the empty chairs where Congress members should have been sitting.

“Behind me, a filled room of 9/11 first responders and in front of me a nearly empty Congress. Sick and dying they brought themselves down here to speak to no one. It’s shameful.”

When someone so eloquently expresses an entire nation’s sentiment, his voice is heard and echoed. Stewart called for change, specifically for healthcare reform for our first responders, but also on a larger scale demanding that the leaders of our nation take accountability for the mistreatment of our heroes.

The very next day, Stewart’s words brought about tangible change as Congress passed the bill providing the victims with the proper healthcare they deserve. We want to thank Jon Stewart and everyone using their voices to bring attention to the issues and the people in need who are swept under the rug in our convoluted political system.

Keep raising your voices and keep on fighting for what’s right.