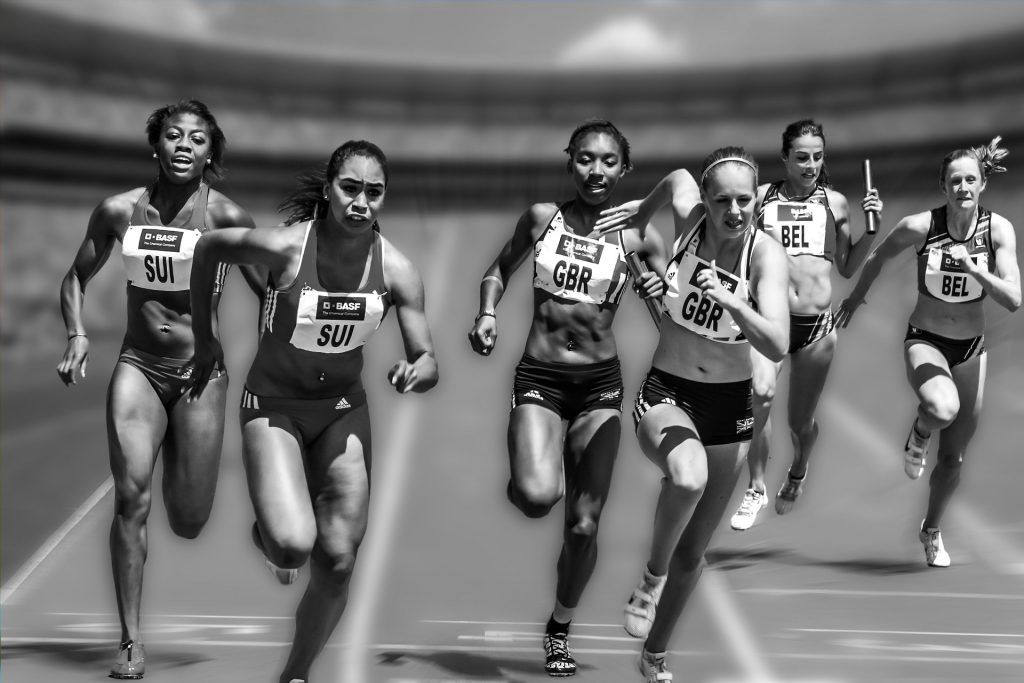 5 Tips To Win at Anything: A Lesson in Motivation from the Olympians

Even though the 2016 Olympic Games concluded last night, chances are you’re still vicariously basking in that winning spirit. Maybe you’re also feeling inspired to take on a few of your own goals. Olympic athletes have trained relentlessly to make it to Rio, and that relentless work also requires relentless motivation. Olympic athletes have shared the sources of motivation they draw on often have powerfully effective results on the goals that they set in the pool, on the track, or in the gym.These winning methods of self-motivation also translate to the office.

Take a page from the playbook of these Olympians when seeking the motivation that you need to continue working towards a goal.

Don’t be afraid of failure

Failure should be future motivation. During the 2000 Sydney Olympics Michael Phelps placed fifth in the 200-meter butterfly, leaving Sydney without a single medal. He has since stated that he used that experience, which he deemed a failure, as motivation going into the 2004 Olympic games in Athens. Phelps walked away from Athens with six gold and two bronze metals and is currently the most decorated Olympian in history with a total of twenty-eight medals (twenty-three of which are gold!). Failure can be devastating no doubt, especially after putting in so much hard work but, don’t see it as the end-all, be-all. Channel your frustrations from an incident that didn’t meet your expectations into the best source of motivation moving forward.

Draw motivation from other people

Sometimes other people can inspire you more effectively than you can yourself. Draw motivation from someone who embodies the drive and spirit that you want to emulate or who has overcome similar obstacles to those that you face. Recent gold medalist in golf, Justin Rose, shared in a post-game interview that Michael Phelps was one of his motivating sources. Particularly, it was a picture of Phelps swimming that captured the frame of mind that Rose needed. In the picture, Phelps is looking straight ahead down his own lane while the swimmer in the adjacent lane is looking at Phelps. Rose stated that this helped remind him not to get distracted by what other people are doing, and that he only needed to focus on himself and the task he set out to do.

The big picture goals are what we all strive for but it can be easy to lose sight of them in the long run. Set simple and achievable daily goals in addition to the larger long-term ones. Amanda Beard says that it’s easy to get “up” for Olympics and other competitions but staying motivated during the drudgery of day-to-day work can be much more difficult. “I tell myself that I will just go to the pool. I don’t have to even workout. But I will commit to showing up because my friends are there” says Beard about setting daily goals, and once she is there she always ends up doing her workout. It only takes accomplishing one goal at a time to keep you on track and motivated.

Envision yourself accomplishing the big goals

Olympic gymnast Nastia Luikin created a vision board prior to her arrival at the Beijing Olympics which displayed pictures of Olympic medals being awarded and held her father’s gold medal. In an interview with the New York Times Nastia’s mother said, “Her father is right next to her every day, this normal human being, just like her, who accomplished something great. I wanted her to believe that she could do it too.” Envisioning yourself accomplishing the big goals helps you keep the big picture in mind and makes those goals seem that much more attainable. Nastia said that the vision board continued to motivate her and made her feel empowered while training for the Olympics.

Don’t get discouraged by risk and the unfamiliar

Instead, view elements of risk and the unfamiliar as motivating indicators that your on the right track to something revolutionary. The risk factor can be daunting when setting out to accomplish any goal and it may leave you feeling discouraged and uncertain about continuing. However, two-time Olympic gold medal gymnast Peter Vidmar encourages risk-taking and originality in all endeavors. In his book Risk, Originality, and Virtuosity: The Keys to a Perfect Ten he explains that a technically correct performance is not enough to earn a gymnast a perfect ten score. To earn a perfect ten, a gymnast must display elements of risk, doing something daring; originality, something that no one else is doing; and, virtuosity, doing something better than anyone else. So while these aspects may initially be frightening, do not be deterred, they are actually important steps along the way to accomplishing many of your goals; and, not just in accomplishing your goals, but also in setting yourself apart from others in the process.

At any stage of working towards a goal, no matter how big or small the goal is, there will always be moments when it is difficult to stay motivated—even for Olympic gold medalists! Don’t make the mistake of thinking that you’re the only one who struggles sometimes with motivation. The key that these and other Olympians have figured out is how to deal with those moments by drawing on powerful and sustaining sources of motivation that help them follow through with and accomplish their goals.