Do This 1 Thing To Strengthen Your Life And Career

This article was originally published by David K. William at Forbes

This week I had the chance to visit with Adam Markel, former attorney, entrepreneur and CEOof More Love Media. He’s also a bestselling author of the book “Pivot: The Art and Science of Reinventing Your Career and Life.”

The book is an excellent read that re-examines the concept of “pivoting.” In my own life and career I have made several pivots. Each was painful but was also a vital step on the path of reaching my highest fulfillment and goals. As I look back on these events, I realize the greatest experiences of my life would not have occurred if I had not lived and learned from the phases of unexpected change and disappointment as well. 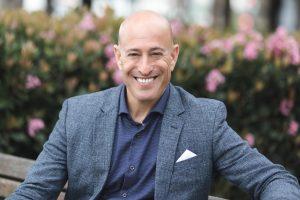 In business, the concept of the pivot is a frequent and even expected occurrence: “We created a gaming system. It works! But the market didn’t respond in the way we’d have liked, so the pivot is ….” (and the company moves to Plan B). Granted, there is much more to a successful business pivot than simply re-assigning a target, but failing fast, learning from missteps and moving forward with clarity is a concept I love.

In particular, Markel and I discussed his thoughts on resilience. As a principle, I regard resilience so highly that it is one of the key principles in my own book, “The 7 Non-Negotiables of Winning.” There are aspects of Markel’s thinking, however, that turn the world’s typical view of resilience on its head.

As Markel sees it, there are three main steps in resilience. When a challenge arises, you must do the following:

Let’s examine this principle more fully. In your life and in your business, recovery is a vital part of the process for becoming a high-performance individual or team. When you face a tough deadline or an impossible challenge, what are the personal and professional rituals you use to replenish and repair?

In my own businesses I have stressed the need to match hard work with hard play. Lunch hour hikes. Biking teams. Fitness classes. Touch football.

Markel notes that his own upbringing was not a life of ease or high wealth, but that every Friday his parents would take the day off of work to do what they wanted to do—visit the health food store, the chiropractor, or to schedule in some recreation and fun. The “Freedom Day” was part of their plan for success.

Sadly, this is a principle many leaders in business have lost. As the “great recession” of 2010-2012 left many organizations in the fight for their lives, participants at every level were pressed to do more with less. But in too many cases, although the economy is now stronger, the urgency and pressure to over-perform never left.

It is not the stress of business that kills us, Markel says. It’s actually the lack of recovery from exhaustion and stress. Disengagement takes over, costing our economy more than $500 billion per year. Indirectly, the stress leads to depression, self-medication and addiction, leading not only to lost revenue but loss of happiness, loss of fulfillment and in too many cases, loss of wellbeing and even of lives.

Resilience is vital to personal and business success…and recovery is a critical key.

I am the founder and chairman of DKW Ventures. I am a serial entrepreneur, have led divisions and companies and a C-level executive for companies ranging from startups to multi-nationals. I am a consultant to C-level executives throughout the world, from South Africa to Amer…

David K. Williams is a serial entrepreneur, founder and chairman of DKW Ventures and author of “The 7 Non-Negotiables of Winning: Tying Soft Traits to Hard Results,” available here.