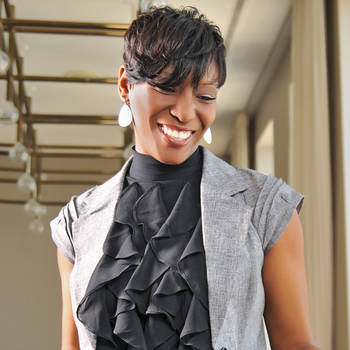 A Dive into Diversity & Inclusion with Risha Grant

Diversity and Inclusion Expert Risha Grant recently sat down with BigSpeak to discuss businesses’ role within this historical moment centering around the work of the Black Lives Matter movement. As a collective, this country seems to have had an awakening to the racial injustices built into our system and as a result, corporate America is scrambling to do right by the Black communities.

In her webinar, Risha covers everything from privilege to hiring practices to the experience of being Black in America. If you missed it, we highly recommend watching to gain a better understanding of concepts of racial biases that I don’t discuss in this article but play a big role in diversity in the workplace. Here is an extension of her views on diversity and inclusion in corporate America.

Q: How do you address fairness if everyone’s circumstances are different, so the appearance results in different outcomes?

Grant: You have to focus on equity. Equity gives everybody access to the same opportunities, training, mentorship, promotions. It gives everyone the same access point.  A good example of equity is kids watching a baseball game. The tallest kid can see fine, but the smallest kid can’t see over the crowd. Equality would be giving both kids a box to stand on, but the tall kid doesn’t need a box and sees better than anyone else in the crowd (not to mention he blocks the view of other kids). Equity would be bringing the small kid up to the same height as everyone else by only giving him or her a box.

Q: As a leader, how do you reassure staff when management refuses to acknowledge differences?

Grant: The only thing you can do is be an ally. It’s hard to reassure your team of something different than what is really going on. In fact, it’s impossible. What you can do is be a support and a voice for people of color in your office. People need to see you as an ally. For some companies, you may be the one point of contact for your black colleagues—someone who will help them fight for justice in the workplace.

That being said, we have progressed to a point where management who doesn’t see the value in people need to go—because that’s what we’re talking about when we say “diversity,” we just mean people. That leadership should quickly be replaced.

For those of you up against leadership that won’t create an inclusive team – silence is deafening. You have to keep speaking up for what is right.

Q: As an employer offering equal opportunities, how can I lawfully promote my commitment to diversity without landing out of bounds with individuals of other races or ethnic groups?

Grant: Well, no one should ever hire or fire based on diversity. Your company has to reflect the community it serves, and most don’t right now. The system was built to be unfair to diverse people. All we want is equity. The law doesn’t say you can’t hire whoever you want to hire but we see the effects. Right now, people are only hiring others who look and think like them, so the system repeats itself.

Your team can set goals for diversity to make sure you represent the community you serve. Get creative with the ways you recruit talent. One idea is to create a partnership with the Black Student Association at your local college and turn to them when you’re looking to hire.

Q: In your opinion, to start the conversation at our place of employment – is it helpful to have a facilitator that is an expert in diversity? Is it necessary? What are good first steps?

Grant: If there is someone in your organization that has a good rapport with employees there’s nothing wrong with having them host the discussion…if they’re comfortable and knowledgeable. But they must have a reputation for embracing diversity and inclusion and have put actions behind their words in the past. They need to be a real ally.

You also need to go into these conversations with a plan of action. Conversations are just talk, which is a great first step but you need to go further. People are interested in what actions will be taken after the meeting. While some of your team may be brand new to the idea of diversity other people have lived with racial injustices their whole lives and are tired of talking. They’re ready for action. You have to marry the two places your employees are coming from.

Q: Is it appropriate to apologize for actions/micro-aggressions/privileges/bias that I simply may not have had the awareness to realize I was doing or is a blanket apology not meaningful and again putting it on the victim rather than me taking responsibility?

Grant: We often overcomplicate things. If you’ve offended someone personally, then yes, apologize. It doesn’t need to be a blanket apology. Instead of giving blanket apologies use your actions to show change. I personally have received blanket apologies from white folks, and I’m not really sure what to do with the apology. Because, to be honest, the years of injustices are not okay, blanket apologies without action don’t mean anything. I’ve been telling those who call and email me apologies to take action and to speak up when they see something wrong. Say it’s not okay when it’s happening, instead of apologizing later. Call out policies that don’t work for everybody. Validate the black experience in the workplace.

Grant: Dismantle the system on PURPOSE and rebuild. Systemic racism is in every system ON PURPOSE. The system is not broken; it’s functioning exactly how it’s supposed to and benefitting the people it was built for. This won’t stop until we create a NEW system.

Q: Is it the white person’s responsibility as an ally to take on educating these people, since the Black community has worked at making people understand systemic racism for centuries?

Grant: United we stand has to mean something. And it hasn’t in my entire life. When you see something, say something. People can talk to their friends; everyone is more perceptive to a friend. If you don’t have friends you can speak to about race, then that should tell you that you aren’t inclusive. I believe doing things on the micro-level has a massive impact. We are centers of influence with our kids, with our friends, with our communities.

It’s so simple and easy and we’ve forgotten—be a good person.