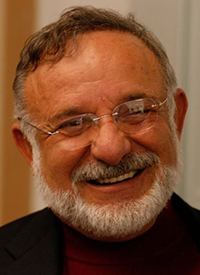 Recently, the National Coalition of Ethnic Organizations (NECO) awarded BigSpeak’s Santa Barbara based management guru Dr. Ichak Adizes the Ellis Medal of Honor in Ellis Island, NY. According to the Coalition, the award “celebrates those who have helped to bring diversity to America.” Past recipients include: President Bill Clinton, President George H. W. Bush,President Gerald Ford, Mohammad Ali, Frank Sinatra and many others.

Dr. Azides is the first Macedonian-Israeli to have won the award and is regarded as one of the leading management experts in the world. He has received fifteen honorary doctorates, two honorary citizenships, and the honorary rank of Major from the military. Dr. Adizes has also been active on the teaching staffs of UCLA, Stanford, and Columbia University.