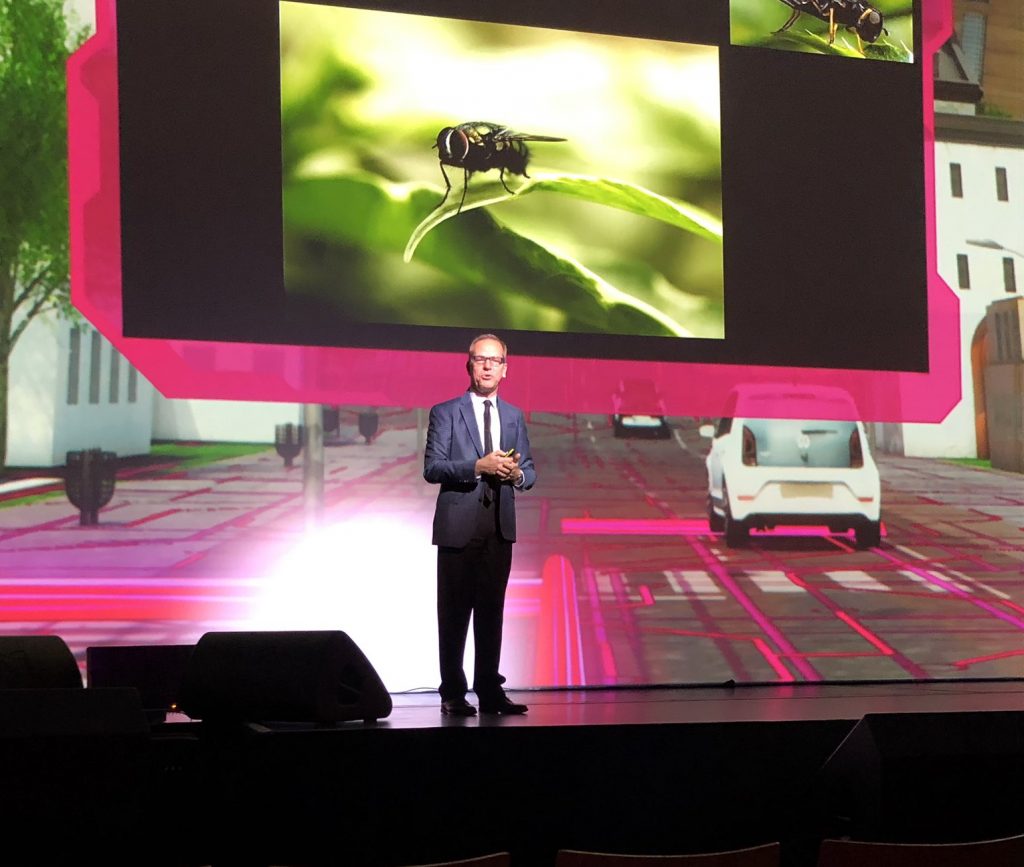 After years of working closely with Futurist Speaker and Innovator Kevin Surace to inspire audiences across the nation, BigSpeak is proud to announce we have entered into an exclusive partnership with him for all speaking events.

Kevin Surace is a CEO, futurist and disruptive innovation speaker, creator of one of the first smartphones and AI digital assistant, and innovator of the decade. Surace has disrupted every industry he has entered from communications to A.I. to building materials. He’s been named Inc. Magazine’s Entrepreneur of the Year, CNBC’s Innovator of the Decade, and inducted into RIT’s Innovation Hall of Fame. While he has a deep technical background, he has been featured in over 15 TED talks and is a high-energy dynamic speaker and true entertainer who has excited, educated and energized 100’s of audiences to action with his personal brand of “Edutainment.”

In the construction and energy industries, he helped develop soundproof drywall (QuietRock) and materials with lower carbon footprints (like EcoRock) and ultra-energy-efficient windows, which his company used to completely retrofit the Empire State Building in record time and under budget and the New York Stock Exchange. He was the co-inventor of web-based multivariate reverse auctions, improving B2B commerce, and has now turned his attention back to AI. As CEO of Appvance.ai, Surace’s company is disrupting the software testing industry by reducing the need for human testers by 80% and improving software quality.

He even leaves his mark on the companies he’s a board member for, such as Coyuchi, which is innovating retail and e-tail models featuring organic linens and providing the world’s first lifetime subscription for sheets and towels: “Coyuchi for Life.”

To top it all off, Surace has a musical touch he satiates through passion projects. He serves as conductor for a 28-piece orchestra, “Big, Bold, and Brassy,”  featuring international jazz star Nicole Henry where they feature new high-power renditions of Broadway and pop tunes for corporate events. His 2AM at the Sands show, about a night in 1966 Vegas, just released a live album starring Andrew Samonsky.

He attributes his continuous industry transformations to a Silicon Valley mindset. He approaches every new endeavour with an open mind that allows him the space to find ways to innovate and make lasting changes for the better. However, an innovative spirit can’t stand alone in any industry. Surace is well versed in change management which he believes is crucial in making any disruption sustainable.

To book Kevin Surace for your next event and take a step toward innovation for your company, contact BigSpeak at 805-965-1400 or email us at info@bigspeak.com.