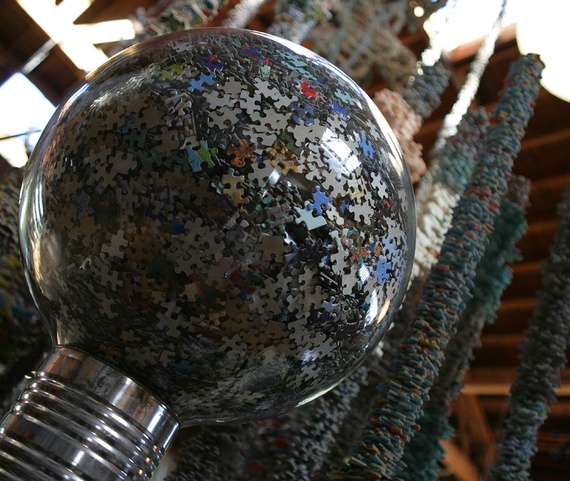 Last week, the world’s most globe-spanning empire until the mid-20th century let its fate be decided by 3.6 million voters in Scotland. While Great Britain narrowly salvaged its nominal unity, the episode offered an important reminder: The 21st century’s strongest political force is not democracy but devolution.

Before the vote was cast, British Prime Minister David Cameron and his team were so worried by voter sentiment swinging toward Scottish independence that they promised a raft of additional powers to Edinburgh (and Wales and Northern Ireland) such as the right to set its own tax rates—granting even more concessions than Scotland’s own parliament had demanded. Scotland won before it lost. Furthermore, what it won it will never give back, and what it lost it can try to win again later. England, meanwhile, feels ever more like the center of a Devolved Kingdom rather than a united one.

Devolution—meaning the decentralization of power—is the geopolitical equivalent of the second law of thermodynamics: inexorable, universal entropy. Today’s nationalism and tribalism across Europe, Africa, and the Middle East represent the continued push for either greater autonomy within states or total independence from what some view as legacy colonial structures. Whether these movements are for devolution, federalism, or secession, they all to varying degrees advocate the same thing: greater self-rule.

In addition to the traditional forces of anti-colonialism and ethnic grievance, the newer realities of weak and over-populated states, struggles to control natural resources, accelerated economic competition, and even the rise of big data and climate change all point to more devolution in the future rather than less. Surprisingly, this could be a good thing, both for America and the world.

Woodrow Wilson brought his fierce anti-colonialism to the Paris Peace Conference after World War I, insisting on national self-determination as one of his famous “Fourteen Points.” But stubborn Western Europeans held on to their imperial possessions until World War II bankrupted them. The dismantling of the British and French empires over the course of the 20th century gave birth to more than 75 new countries within four decades. Decolonization was followed by the collapse of the Soviet Union, which created 15 independent states. All told, the jackhammer of devolution has more than tripled the number of countries around the world, from the 51 original member states of the United Nations to its 193 members today.

Strangely, international law as enshrined in the UN Charter appears to work against these trends, strongly privileging state borders as they are as if to freeze the world map in time. But to paraphrase Victor Hugo, there is nothing more powerful than an idea whose time has come. People can no longer be cheated (for long) out of their legitimate aspirations for self-rule.

Devolution helps to sensibly reorganize large and unwieldy post-colonial states. Take the example of India, where more than 60 years of independence have brought little development to peripheral and rural states in the east and northeast of the country. Rather than fostering economic growth outside the capital, New Delhi’s priority instead has been imposing either the Hindi (Mahatma Gandhi’s preference) or English languages across the country. But such malign neglect has only stoked devolutionary pressures. Since 1947, the number of states in the Indian federation has doubled, with the 29th (Telangana) created earlier this year. As state boundaries better conform to ethnic and linguistic boundaries, provincial units can focus more on their internal growth, rather than on having to defend themselves against the center. Notice how the second-largest contributor to Indian GDP besides Mumbai’s Maharashtra state is Tamil Nadu, the state that is geographically farthest from notoriously corrupt New Delhi.

Another accelerant of devolution is ubiquitous data. Much as modern nation-states seem to have lost their monopoly on armed forces, so too has evaporated their dominance of information flows and narratives. Call it the triumph of transparency: Whether through free media, leaks, hacks, democracy, or legal pressure, people increasingly know how their countries are run—and crucially how their money is spent. This March, participants in a nonbinding online referendum in Venice overwhelmingly supported an unofficial “declaration of independence” from Italy. The reason? Venice pays 70 billion euros in taxes per year, but receives only a fraction back in fiscal transfers, meaning support from the capital.

Catalonia, with its unique language and centuries of cultural traditions, made similar calculations with respect to Madrid and is set to vote on independence in November. Spain and Italy’s constitutions forbid secession, but to avoid severe internal unrest beyond that which has already beset them since the financial crisis, both governments will likely grant more autonomy to these important provinces. Ultimately, these upstart—or start-up—regions want the “devo-max” deal the Basques of northern Spain have: complete fiscal autonomy with no taxes paid to the capital.

Even global warming can drive devolution: As Greenland’s ice sheet melts, its 60,000 Inuit have greater access to abundant and valuable reserves of resources such as uranium and natural gas. This creates an incentive for Greenlanders to hoard the potential windfall rather than send it to Copenhagen, which has retained some governing authority over the island since Denmark seized and colonized Greenland nearly three centuries ago. The 2021 date proposed for a Greenland independence vote provides an eerie parallel to Scotland’s referendum, which took place roughly 300 years after that country joined the United Kingdom. Unlike Scotland, however, Greenland’s vote for independence wouldn’t even be close. Make way for another seat at the UN.

Shrill warnings against devolution ignore the evidence that it is also a logical consequence of connectivity.  Smaller states and smaller economies have less of a margin for error when it comes to their own survival. Would Scotland have outsourced its manufacturing base to Asia in the way that far-off London capitalists so enthusiastically did? Would Scotland, as politicians in London warned, really have been unable to establish its own currency within 18 months? As even the anti-independence Economist noted, 28 new central banks have been created in the past 25 years; Estonia set up its own central bank and currency in a week. A connected world—the result of Brown’s bogeyman of ‘globalization’—has turned such bureaucratic hurdles into commoditized tasks.

The more cities and provinces attain quality infrastructure—courtesy of investment from their own governments and foreigners—the more they can leverage these new capacities. In America, fiscal federalism is a crucial driver of economic dynamism. For example, Texas has made itself the most business-friendly state in the country by minimizing regulations and keeping taxes low; it now boasts an $8.8 billion surplus. California also experiments at the state level with immigration and greenhouse-gas emissions reduction policies that are best suited to its own needs and goals. Oil-rich British Columbia and gas-and-mineral-rich Western Australia have their own resource wealth funds that have propelled infrastructure investment and growth in cities such as Vancouver and Perth first, before a share of the profits is sent to the distant capitals of Ottawa and Canberra.

In Europe, devolution has become a healthy form of competitive arbitrage—a perpetual negotiation to get maximum freedoms from under-performing national governments so that over-performing provinces can get on with their own priorities. An independence movement is brewing in Sardinia, for instance, that would see the already autonomous Italian island sell itself to landlocked (and far better governed) Switzerland as a maritime canton.

Can all devolution be handled so peacefully? With all the world’s terrain claimed, one’s gain (of independence) must equal another’s loss (of territorial integrity). Borders can therefore either change violently, or can be softened through devolution. Devolution is why the Basques and Quebecois are at peace today. To attempt to stem the pro-Russian rebel tide in Ukraine, the parliament in Kiev last week granted self-rule to the eastern provinces of Donetsk and Luhansk as a gesture to keep them within the Ukrainian orbit. Devolution today is thus not just a force of tribalism but a tool of peacemaking.

This kind of thinking will be necessary for remapping the Middle East as the century-old Sykes-Picot map of the region crumbles. The near-total dissolution of Arab political cartography embodies the most severe entropy, fragmentation, and disorder. Today only the oil-rich micro-states of the Persian Gulf such as Qatar and the U.A.E. have purchased long-term security. But we do not yet know what will replace the current Syria and Iraq—to say nothing of the Islamic State’s plans for Jordan, Lebanon, and beyond.

Yet if one rule of counterinsurgency is to find, protect, and build stable enclaves, that is also a bottom-up approach to replacing Arab colonial cartography with a more legitimate order based on smaller and more coherent islands of stability. Rather than artificial nations, the future Middle East order will likely consist of robust tribal states like Israel and Kurdistan, and urban commercial centers with mixed populations that will protect themselves and their trade routes.

Perhaps a world of smaller states would bring globalization more into balance, with each state maintaining the necessary production and jobs essential for social stability, even if not optimizing global comparative advantage. A world of smaller states might be a more peaceful one as well, with none able to survive without importing food and goods from others. Such a world would embody the principle of anti-fragility that the author Nassim Taleb advocates: too small to fail.

The map of the world is in perpetual flux, with territories splintering and combining in various configurations. North and South Yemen merged in 1990; Czechoslovakia divorced in 1993. South Sudan seceded in 2011; now there’s talkof North and South Korea reunifying along the model of East and West Germany. The fundamental search for more coherent political entities can bring turbulence, but not always violence.

Thus, the Scottish precedent is a harbinger of neither global chaos nor the end of multinational harmony. In fact, devolution’s dialectical opposite is aggregation. The world may splinter, but it also comes together in new combinations such as the European Union, which ultimately absorbs all the continent’s micro-states into a truly multinational federation. Witness the Balkans, where two decades on from the bloody wars of Yugoslavia’s dissolution, all its former republics have become or are candidates to become EU members. If the world wants to see global solidarity of nations, the tribes may need to win first.