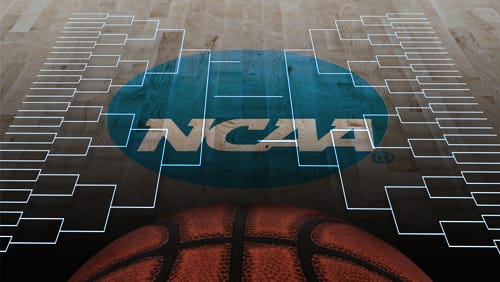 Does Your March Madness Bracket Hold Up to AI

Now that your brackets are locked in with the Louisville/Minnesota tip-off, it’s time we tell you who’s actually going to win NCAA’s March Madness this year. The 2019 bracket competition has been under severe scrutiny from people across the nation sitting on their couches in Zion Williamson jerseys because of recent developments in artificial intelligence.

Last season, Adobe Analytics AI applications drafted a March Madness bracket with 98% accuracy and Sportsline’s AI feature dabbled with 95% accuracy. This year both software companies are boasting that advances in AI are making their predictions unstoppable.

Adobe Analytics is working with 3.5 million rows of data from Sportradar this season as opposed to the 50,000 or so it used last year. Compiling statistics from 56,000 college basketball games, Adobe places Duke as the big winner for their sixth national title. The software uses over 100 key metrics including offensive and defensive rebounds, three-point shooting, player height, free-throw percentage and so much more.

Owner of the Golden State Warriors (and a handful of other professional sports teams) Peter Guber is a testament to following the numbers. His data-based leadership turned the Warriors into a championship team in three of the last four seasons. The 2017 book Betaball, written about Guber and co-owner Lacob’s innovative decision-making, explains the science behind ignoring fan-favorites and marketing gold-mines to create a team based solely on data.

With AI doing the heavy lifting for you, it’s not a bad idea to take a page out of Guber’s book and lean into the data.

After last year’s upset when a No. 16 seed UMBC beat out Virginia, a No. 1 seed, we all know sometimes there’s just no rhyme or reason to it. So can this technology really win you the pot?

Last season neither software foresaw UMBC’s victory, but with the advances there is a chance even the most surprising wins may not be a surprise. So, here’s Adobe’s possibly flawless bracket for all you cheaters.