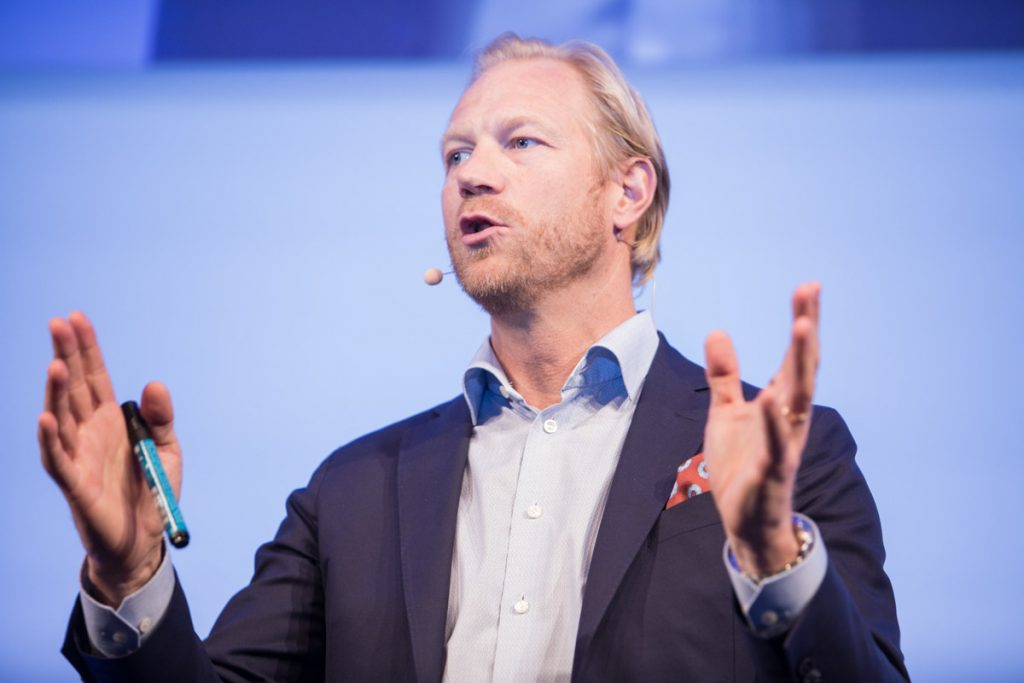 How Failing with Enthusiasm Will Have You Smiling at the Top

Are you good at failing? Can you slap a smile on your face and ask for more when the world shuts you down?

According to Jonas Kjellberg being good at failing is what makes successful leaders. Kjellberg explains that if you learned a lesson from your failure you’re doing it well. He sees success as moving from one failure to another, just with greater enthusiasm.

In his keynote speech at CFA Institute Kjellberg laid out the three biggest lessons he learned from his past failures that turned into success.

Never get comfortable– ever. The moment you stop moving you start disappearing. He learned this harsh reality from his time serving as Vice President of Bertelsmann for Lycos Europe, the second-largest search engine back in 1998. Don’t recognize the name? It’s because they don’t exist anymore.

Kjellberg joined the Bertelsmann team the same day Google was founded and watched as the Lycos shareholders passed on the opportunity to buy out Google. Twelve years later Lycos was bought out for a fraction of their worth prior to Google’s founding.

This was failure in every way, shape, and form, but Kjellberg saw it as a learning experience. He saw the source of their demise– focusing on shareholders, not users. Lycos didn’t adapt to the shift in purpose that Google originated with their idea of “delighting the user,” and they suffered the consequences.

Another example of this was Volvo’s massive decline in sales when they failed to continue innovating their products. They were originally seen as forward-thinkers in the industry because of their groundbreaking safety technology, but when those safety features became commonplace in all cars, they failed to adapt. Their innovative ideas halted with safety and they fell behind.

Kjellberg believes that any moment of stagnation will hurt you.

Kjellberg coined the term “zero game” to refer to cutting cost, especially where it may seem impossible. He explains how Airbnb won the zero game by cutting the cost associated with hotel maintenance and staff. They took the hotel industry and completely eliminated an entire element to save themselves money. This is a true form of innovation that will always be a disrupting force in any industry.

This was the part of the success he took away from his failure with Lycos. He learned to think big when it comes to innovation and it paid off with Skype. Skype won the zero game by cutting the cost of a provider to make calls. The program eliminated the cost by piggybacking on internet providers that were already found in every household.

Kjellberg attributes this aspect of Skype to its success.

However, Kjellberg sees that sometimes it really is impossible to cut costs. But that is when he turns back to his first lesson—don’t slow down. “If [you] can’t innovate by zeros, what can [you] do to put an extra zero behind my price?”

For Kjellberg and other successful business leaders, being successful is about innovation in any way. If you aren’t moving forward you’re falling behind.