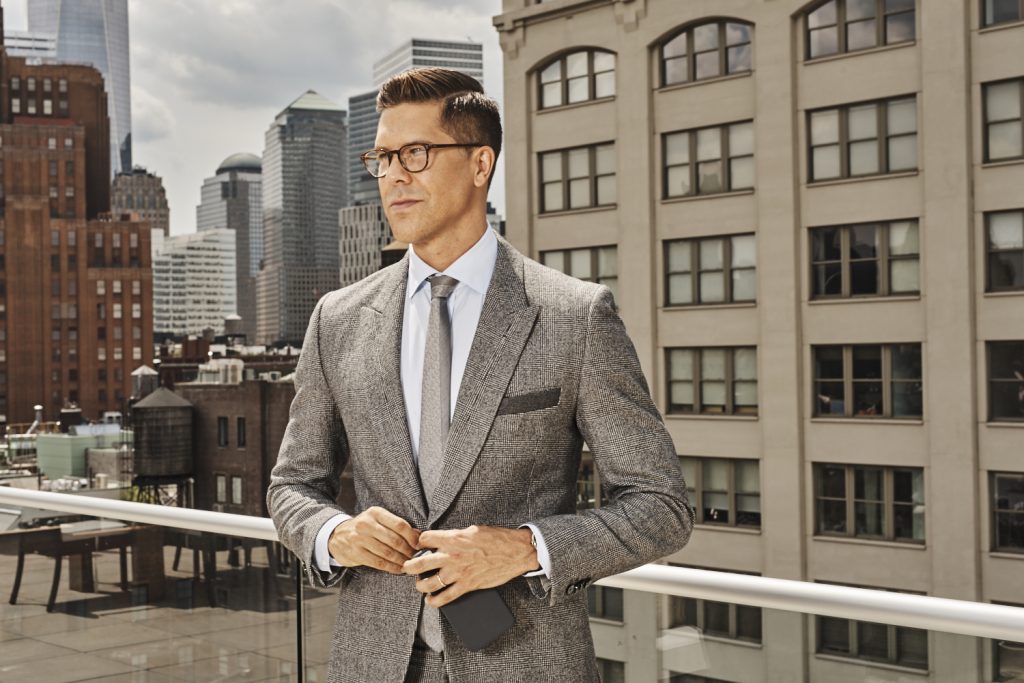 If you had met Fredrik Eklund when he was 25, you would never have guessed that he would soon be the top real estate broker in New York and a star of Bravo’s hit show Million Dollar Listing.

After dropping out of business school in Stockholm in 2004, Eklund arrived in Manhattan with little more than a pair of beat-up sneakers to his name. He then moved into a one-bedroom apartment with three fellow Swedes and sold paninis to tourists, squeaking by on just $40 a day.

When a friend mentioned that he thought Eklund had the right personality for the real estate business, Eklund took the advice to heart and enrolled in a real estate licensing class at NYU.

After completing the course and earning his license, his first impression of the market was that it yielded “an obscene amount of money for something this fun.”

In his very first year as an agent, he sold more than $50 million worth of property.

Since then, Eklund has become the top seller at Douglas Elliman New York, started his own firm in Sweden, and closed deals for a total of $3.5 billion in apartment sales. This past January alone, he closed more than $200 million.

He has quickly become the top broker of choice for celebrities in New York City—closing deals for the likes of Alec Baldwin, Jennifer Lopez, and Justin Timberlake.

In addition to his uber-successful career in real estate and his life on television, Eklund also regularly speaks at keynote events about sales, investment, and his personal success story. His events in Australia, Sweden, and the U.S. routinely sell out the day tickets go on sale.

Here’s how he did it.

Be Friendly, Be Informed, and Be Accessible

Eklund got his start at a boutique agency, where he spent early mornings and late nights memorizing the details of every listing and neighborhood in the company’s portfolio.

A natural, outgoing personality and a genuine interest in engaging with potential buyers were instrumental for Eklund’s early days. He closed his first sale after chatting with a casual passerby who had paused to peruse the listings posted in his office window.

In Eklund’s book The Sell: The Secrets of Selling Anything to Anyone, he explains that being successful in sales is more than just technique and tenacity (though he does say that those are important). True sales prowess requires a perception of the world as being full of opportunity and a perception of yourself as the best facilitator of opportunity for your buyers. If you can show your buyers that you’ve got their best interests at heart, chances are they’re going to feel much more comfortable when it comes time to sign on the dotted line.

In alignment with his sales credo, Eklund makes it a point to close deals face-to-face. As you might have guessed, in-person negotiations and apartment tours are great ways to demonstrate your commitment to your buyers’ satisfaction.

The Most Important Sale? Yourself

On TV and in print, Eklund attributes his success to one simple tip: Just be yourself. “When you’re new to a workplace,” Eklund explains, “the biggest mistake you can make is copying the people around you. Be the unique, crazy, eccentric you that your friends and family love, and people will gravitate toward you and trust you.”

As a salesperson, your personality is one of the most powerful tools at your disposal. Eklund notes with how, at the beginning of his real estate career, he restrained his vibrant personality and attempted to copy the sales techniques of others.

Importantly, he recalls, “The more I pulled my guard down, the more successful I became; […] to feel successful, you have to present yourself in an honest way.” As any salesperson can tell you, feeling successful (and presenting yourself as such) is a mandatory step toward actually realizing your true potential.

Bonus, another tip from Eklund: “Spend 10 percent of your salary on your wardrobe.” This is a great follow-up to the “dress for success” adage. You only get one chance to make a first impression and a potential buyer’s first impression will likely have a significant impact on whether he or she ends up doing business with you. Additionally, your attire can be utilized as an extension of your own personality—another way to show who you really are. Eklund suggests finding yourself a tailor, if you can afford it: “You can make a $400 suit like a $4,000 one with the expertise of the right tailor.”

Eklund also insists on developing your own “authentic trademark.” Fredrik’s trademark? His high kicks, his colorful appearance, and his natural energy.

Of course, your trademark won’t be exactly the same, but if you can pinpoint what makes you unique and use it to your advantage, you’re already on the right track.

A version of this article, written by Ken Sterling, originally appeared on Inc. Nov. 29, 2016

Ken Sterling is the executive vice president and chief learning officer at BigSpeak, the leading keynote and business speakers bureau. He holds a Ph.D. from the University of California and an MBA from Babson College. Sterling teaches entrepreneurship, marketing, and strategy at UC Santa Barbara. He is a serial entrepreneur, keynote speaker, and hypergrowth sales and marketing expert.