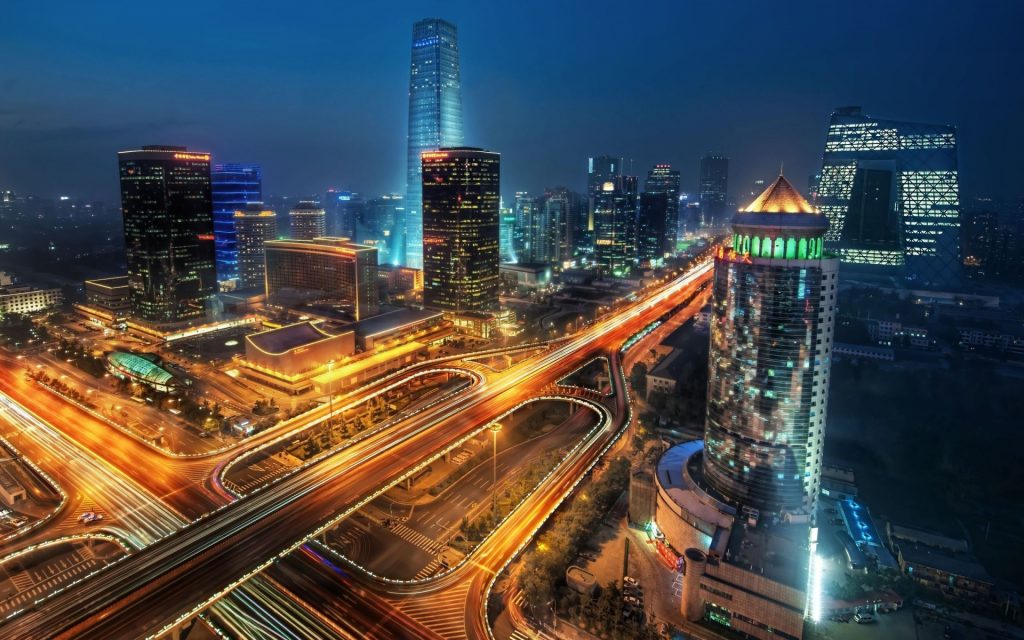 Q&A on Smart Cities with Christopher Barker: Cities of the Future are Smart, Green, and Connected Hubs of Innovation

The cities of the future will be smarter, more energy efficient, and transportation friendly—and their actualization is not as far away as you think.

Barker provides business and public policy consulting to automakers, aerospace companies, technology businesses, investment firms, and government organizations around the globe. He is the founder of CBC Consulting where he has provided consulting for companies such as Boeing, AAA, BMW, Ford, United States Department of Transportation, and more.

Here’s what Barker had to say about the role of smart-city technology in advancing urban transportation, sustainability, and safety in city living.

BigSpeak: Can you tell us why we need smart-city technologies and how they will help us?

Barker: Cities in the U.S. and around the world are experiencing an enormous amount of change brought on by increases in population, shifting demographics, evolving economic forces and new advancements in technology and mobility. Specifically, with the advancement of new technology, cities have new options for how they design, deploy and manage their power grids, water supply systems, traffic lights systems, and broader transportation infrastructure. A few of the more notable smart-city technologies include:

Cities are moving to deploy an increased number of solar panel units on municipal buildings, parking garages, school buildings and now street lights that are enabling a higher level of energy capture to offset peak load times and allow cities to qualify for energy credits for reduced energy rates.

The City of San Diego recently deployed a system of solar-powered street lights that capture solar energy during the day to power street lights through the evening hours. In addition, some street lights are being equipped with solar power plug-ins for electric-vehicle or electric-bike charging.  Parking garages are increasingly equipped with electric-vehicle charging stations and building rooftops are being outfitted with rooftop gardens for both better water capture and increased green space in the city.

For many cities, there is a multi-pronged focus on reducing traffic, improving commute times, providing more commuter travel options and enabling more parking for commuters who require a vehicle in the city. A few of the more notable transportation and parking advancements include:

Real-time traffic monitoring linked to vehicles, and transit and commuter mobile devices are enabling commuters to make dynamic route decisions based on roadway conditions, transit availability and time to destination. With improved vehicle-to-infrastructure communications, commuters are now alerted to potentially park their cars and ride transit into the city if the transit time is faster and more convenient, or if there is construction or a major accident impacting normal driving conditions.

With the advent of smart sensors in parking lots, drivers are now alerted via mobile parking apps when an open parking space is available in a particular parking lot.

Car makers such as Audi and the cities of Los Angeles and Las Vegas recently deployed smart-traffic-light technology in Audi vehicles that alerts drivers how long a traffic light will remain red and what speed to travel to ensure green light crossings at intersections.

Newer connected vehicles from vehicle manufacturers such as BMW, Jaguar, and Volvo can now detect objects or potholes in a road and communicate to other cars in the area of a potential safety hazard in the roadway to improve vehicle/traffic safety.

BigSpeak: What technologies in particular are you paying close attention to with respect to smart cities?

Barker: Big data, renewable energy, and electric and autonomous transportation systems are all areas to monitor closely. Data is increasingly as important as running water and electricity in a city. Specifically, data can inform how a city is currently utilizing resources and unlock new ways to use existing infrastructure. For example, data can inform better energy usage practices; where to deploy law enforcement for improved traffic management; how to maximize the lifespan of buildings, road surfaces, and bridge structures; and how to improve the efficiency of a traffic-light network.

Energy consumption is a huge overhead cost for a city. However, with the strategic deployment of solar panels, solar street lights, smart meters, electric charging stations and solar farms, cities can reduce their building energy costs, reduce the fuel consumption for their motor pool fleets, and bring down CO2 emissions and improve air quality in their community.

As cities look to service aging populations, people with disabilities, younger people who don’t own a car, and residents who simply no longer want to drive, autonomous/electric transportation technology offers an answer. Autonomous trains, buses, shuttles, and personal vehicles will have a significant impact in helping people get from Point A to Point B while maintaining their independence and mobility.

BigSpeak: How will Smart Cities change the way we live and commute in the city for better or worse?

Barker: Cities are often judged by the quality of life and opportunities they offer their residents and visitors. Specifically: Does a city have a strong economy, good jobs, good schools, healthy environment, solid infrastructure, reliable transportation system and diverse community?

With new advancements in technology, cities have the opportunity to become more energy efficient, to update their infrastructure, and improve their transportation systems.

The challenge will be how quickly a city can modernize its infrastructure to meet the rapidly evolving needs of its residents and visitors. Technology alone will not solve legacy problems. Cities will need to modernize building codes, embrace new standards for data sharing, energy storage and consumption, autonomous vehicle use and broader urban planning. This will take time, public-private sector cooperation, large capital investment and a willingness to invest in projects with longer-term rewards.

BigSpeak: What are several cities that have already implemented AI and IOTs technologies? How has it helped that city and its citizens?

Barker: Cities all over the world, like Singapore, Barcelona, and Las Vegas, for example, are implementing smart technology.

Ranked the #1 smart city in the world by the IOT Institute, Singapore has deployed a citywide network of sensors and cameras to track everything from cleanliness to the flow of traffic. These sensors will detect if people are smoking in unauthorized zones or throwing trash out of buildings. The city is also using 3-D modeling to help determine how to better evacuate people from urban corridors in the event of an emergency. Singapore is also using sensors in its roadways to help monitor and regulate traffic speeds to help improve throughput and reduce congestion

Like Singapore, Barcelona is deploying a city-wide system of roadway sensors to help monitor traffic and to be able to better redirect traffic in congested areas. These sensors are intended to reduce traffic flows by 21 percent. In addition, the city has deployed smart-parking technology and smart street lights to improve lighting, monitor air quality, and help reduce noise congestion in key corridors.

Las Vegas has deployed a series of transportation improvement projects over the last year including the roll-out of autonomous shuttles, the launch of a vehicle/pedestrian detection and safety program, the deployment of a vehicle/green light tracking system for improving throughput, and the roll-out of autonomous semi-trucks in the region. Also, it launched an improved city-wide Wi-Fi connectivity network.