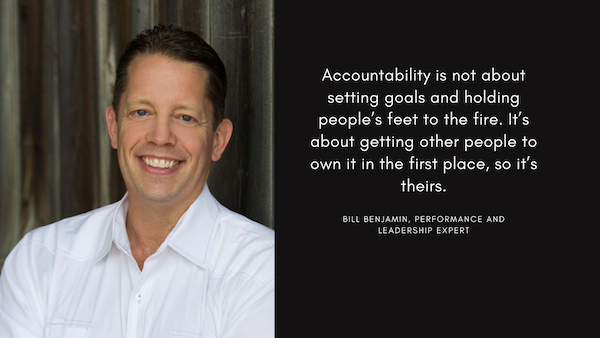 “Accountability is not about setting goals and holding people’s feet to the fire. It’s about getting other people to own it in the first place, so it’s theirs.”

Bill Benjamin is an emotional intelligence expert who helps leaders perform better under pressure. Bill has contributed to the New York Times and Amazon bestselling book Performing Under Pressure, co-authored by IHHP’s JP Pawliw-Fry and noted psychologist Hendrie Weisinger. He is a regular contributor to CEO magazine, Training Magazine as well as other leadership publications.