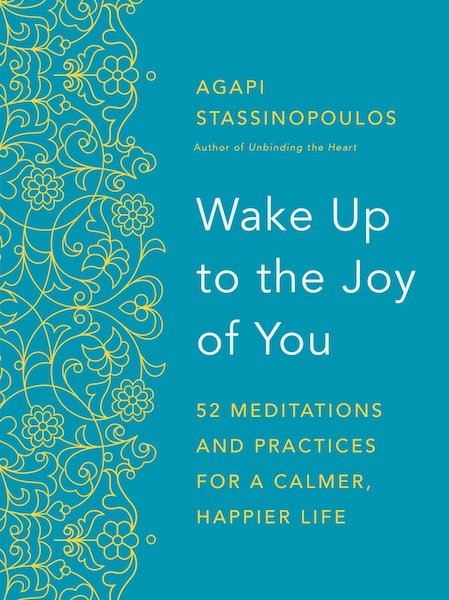 Learn to Unlock Your Gifts to Express Yourself Fully

Motivational speaker Agapi Stassinopoulos knows what it is like to try and fail; then try again. First, she tried as an actress. Despite graduating from the prestigious Royal Academy of Dramatic Arts in London she did not find success in acting. Then she tried to find success in love but was always choosing the wrong man.

It wasn’t until Agapi became an author that she found her true calling—as a motivational keynote speaker. After writing two books on Greek archetypes, Agapi was doing a one-woman-show called The Goddesses. While performing her show, she found the audience responding in a positive way every time she spoke. “I realized my message was resonating with people and it was helping them. That became my inspiration to keep going and spreading my message,” said Agapi.

Since then, Agapi has written two motivational books (Unbinding the Heart and Wake Up To The Joy Of You), inspired audiences around the world, and been a frequent contributor to the Huffington Post.


Agapi credits her strength and confidence to her mother, who instilled a real trust in life in her.  “She taught me that even if things don’t go your way, you realize that there is wisdom to be learned, awareness to be gained, and that things work out.”

Now Agapi spends her time inspiring men and women to unlock their gifts to fully express themselves. Agapi says there are three things every person should know to unlock their gifts: 1) learn to ask for support and help when you need it; 2) express yourself authentically; 3) share how you feel so you don’t get stressed. But most importantly, “You have to make taking care of yourself a priority, so that you can be more effective, productive, creative and ultimately more fulfilled,” said Agapi.

Her most recent book, Wake Up To The Joy Of You, Agapi goes into depth on how you can be more fulfilled. The book includes 52 subjects that all people deal with, while providing practical solutions, advice, and help so people can learn to manage them and become winners in their own life.