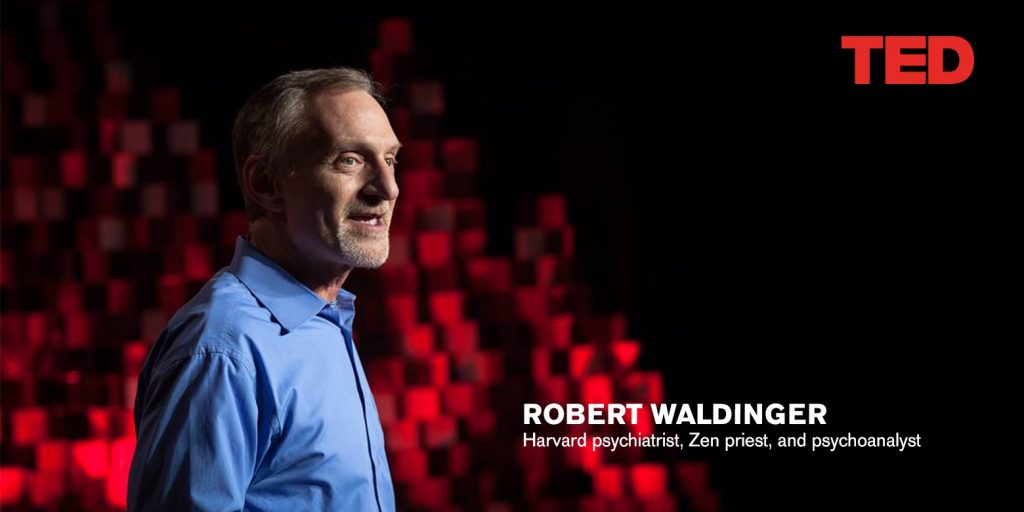 What makes a good life? Robert Waldinger Has Three Lessons for You

In the 1930s, Harvard University began the longest study on human happiness. They invited 19-year-old sophomores from Harvard as well as teenagers from the poorest neighborhoods of Boston to participate. For over 75 years, they did interviews, medical tests, and checked up on their subjects every two years to see how they were doing. And what they found about happiness surprised them.

Robert Waldinger is the fourth director of the study. In his TED talk, “What makes a good life? Lessons from the longest study on happiness,” Waldinger says that while many young people tend to think that fame, fortune, and hard work will bring them happiness, it’s actually our social connections that are most important for our well being.

Three Lessons on Well-Being and Happiness

In this popular talk, which has garnered more than 20 million views, Waldinger explains the three lessons the researchers learned. First, having social connections is better for our health and well being—and conversely, loneliness kills. Second, having higher-quality close connections is more important for our well-being than the number of connections. Third, having good relationships is not only good for our bodies but also for our brains.

For more insight on these three life lessons, check out his TED talk.