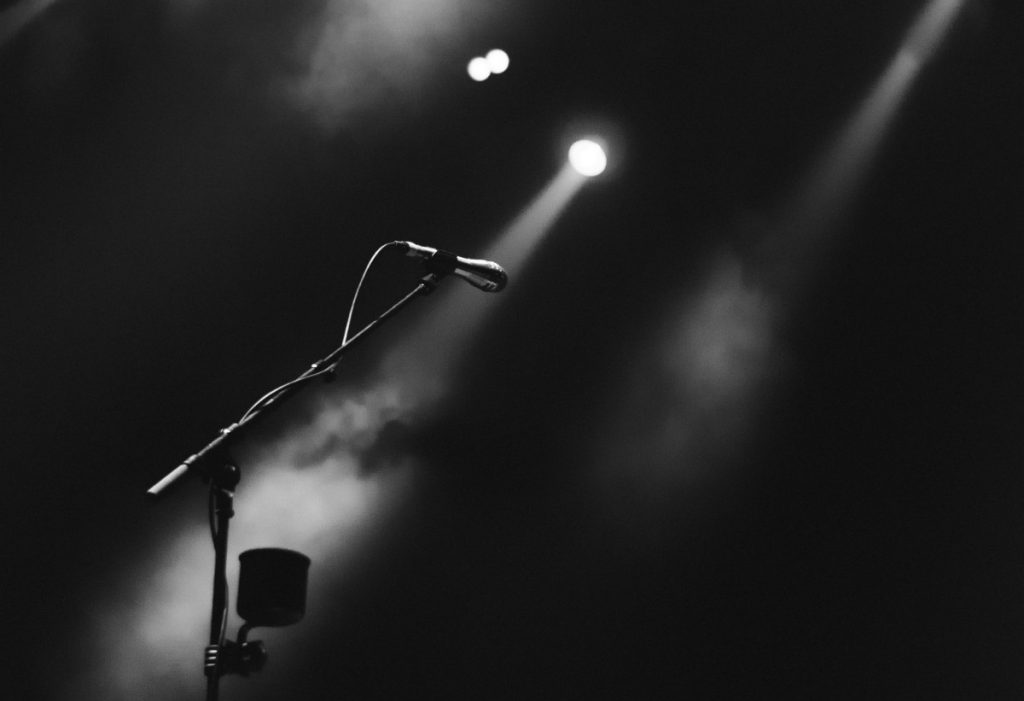 Rest easy, even celebrities get stage fright. Learn to overcome pre-speech jitters from the masters.

You walk on the stage, step up to the microphone, look out at the vast sea of audience members—and then you lose your nerve. Not even imagining the audience in their underwear can bring you back from this one.

Relax, take a breath: stage fright is common, and more importantly, quite conquerable. After all, it’s not just the everyday business speaker or wedding toaster who’s afflicted by the condition. Even the pros get stage fright—some each and every time they step up to perform. From the celebrities who deal with stage fright on a regular basis, here’s their advice for overcoming that silent performance killer.ma

According to Salon, novelist Mark Twain was so acquainted with stage fright that he coined the term for it in The Adventures of Tom Sawyer, when Tom himself is poised to give a student speech:

A ghastly stage-fright seized him, his legs quaked under him and he was like to choke. True, he had the manifest sympathy of the house but he had the house’s silence, too, which was even worse than its sympathy.

Twain himself was only struck by stage fright once, according to PBS, before giving a lecture in San Francisco. To ease his fears, he sprinkled the audience with close personal friends, who were instructed to laugh—heartily—following each of Twain’s jokes. Seeing familiar faces (and receiving audible encouragement) never hurts!

The Australian singer gets such intense bouts of stage fright that she becomes physically sick before performing, reports the West Australian. To calm her nerves, she gives herself verbal assurance before striking up the band: “You’ll be in your zone. The lights will be on and blank people will be cheering and, you know, it’ll be OK.”

Besides lending extra pre-speech confidence, speaking out loud to yourself ensures that your voice box and mouth are properly warmed up. If the words are already coming out, there’s a good chance that they’ll continue to flow once you take the stage.

One of the most celebrated English actors, Olivier was suddenly struck by an acute and lasting stage fright while playing the role of Othello onstage. According to Salon, he was thereafter so afraid of performing that he had to be physically pushed onstage for each scene, and his scene partners were actually forbidden from making eye contact with him so he could perform with less pressure.

While we hope you’ll never have to be physically dragged to the podium, it can be helpful to have trusted friends or colleagues backstage to offer encouragement and help coax you on. What’s more, when giving a speech, it actually does help to avoid eye contact. Try focusing on several points in the back of the room, rather than on the faces of audience members.

According to the Huffington Post, the singer was struck by a severe bout of stage fright after forgetting the lyrics to a song while performing in New York—and refused to perform live again for nearly three decades. Even today, she is only able to perform if her every word is provided by a teleprompter (even her between-song banter).

For those without a teleprompter, be sure to bring a copy of your speech to the podium, or at least a clear, large-print sheet outlining the points you want to cover. Whether you’re gripped with fear or have simply gone off on a tangent, this preparatory measure will allow you to easily get back on track.

Adele has such bad stage fright that she once, “projectile-vomited on someone,” and, during another particularly bad case of nerves, “escaped out the fire exit,” rather than sing, reports Rolling Stone. How does she get over her nerves? She doesn’t—she just manages them: “I try to bust jokes…my nerves don’t really settle until I’m offstage.”

Though some of us may have trouble overcoming the physical symptoms of our stage fright, it can be controlled by laughing about it and generally managing your expectations. “I just think that nothing’s ever gone horrifically wrong,” Adele says. Keep your sense of humor, and you can conquer any stage.

Rihanna, who feels intense anxiety before every show, takes an approach to calm her nerves that we won’t officially endorse: she takes a shot. “I have to have it,” the singer told Esquire. “I take it very seriously, so there is a level of anxiety, always…The drink calms my nerves.” Given the catapulting success of her career, the trick just might be working.

According to the Guardian, alcohol is a common stage fright countermeasure everywhere from pop music to symphony orchestras. However, they warn that this remedy can transform quickly from momentary dependence to physical addiction, if you’re performing regularly.

Good, old-fashioned exercise is far and away the best method to keep your head clear and your frights offstage—go for a run, meditate, or do some yoga. Find out what works for you, practice regularly, and, when it’s your turn to address the audience, approach the microphone with confidence.

For More Advice on Public and Keynote Speaking:

How to Ace the Keynote Speaker Introduction