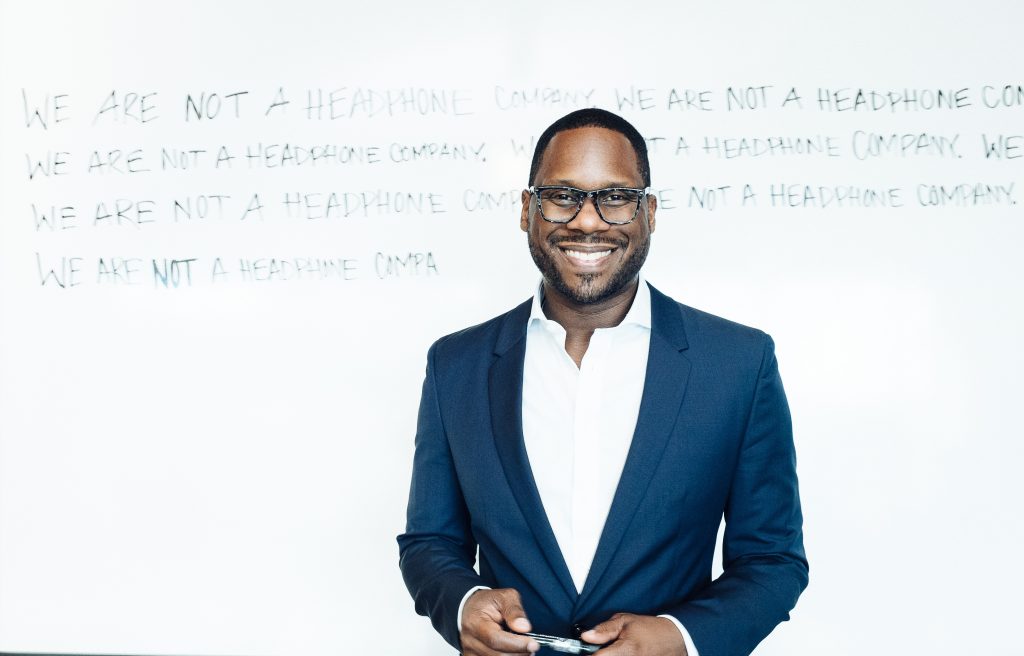 Meet the Man Who Moved You Off the Couch–Omar Johnson

Omar Johnson is a marketing and branding keynote speaker, entrepreneur, former CMO at Beats by Dre, and former VP of Marketing at Apple. He has shaped pop culture time and again, and is now partnering with BigSpeak to share the knowledge he acquired while turning a startup into an empire.

While working at Nike, he rose up the ranks to create memorable marketing campaigns like the “MVP (Most Valuable Puppets)” during the 2009 NBA playoffs, “Rise” featuring LeBron James after his trade was announced, and “All Together Now” spotlighting Kobe Bryant’s commitment to the game.

In 2010, Dr. Dre poached Johnson from Nike to join his startup, Beats Electronics, making Johnson the fifth employee. Under his tenure, Beats grew from a company with $180 million in personal investments to a $1.1 billion dollar global icon and category leader, becoming the number one premium headphone in North America, U.K., France, Germany, South Korea, and Singapore.

Why they call him the Brand Genius

While working with Nike, he built the Nike+ sports music platform, establishing Nike’s first revenue-generating relationship with record labels. Johnson and his team created an industry-first, sports music program with Universal, Interscope, Sony, Capitol, Def Jam and more than 25 independent labels. This collaboration sold more than 5 million tracks and deepened the connection between music and sports, setting the stage for his work with Beats.

Johnson’s key to marketing success was keeping his company’s branding/advertising costs low while associating the brand with famous athletes, artists, and influencers. This low cost/high reward strategy earned him the title of Adweek’s “Brand Genius” in 2013. His campaigns focused on the consumer and gave customers the ability to tell their own story.

And it worked. Who doesn’t love to talk about themselves? Beats’ “Straight Outta Compton” ad campaign let everyone tell their own story by replacing ‘Compton’ with whatever word they chose to identify their roots. It quickly became the biggest social campaign of 2015.

Innovative ideas like this, as well as the creation of the Beats lounge to offer privacy to Olympic athletes, had very minimal costs, but gained Beats elite status. He is the expert of creating consumer behavior by manipulating a product’s surroundings.