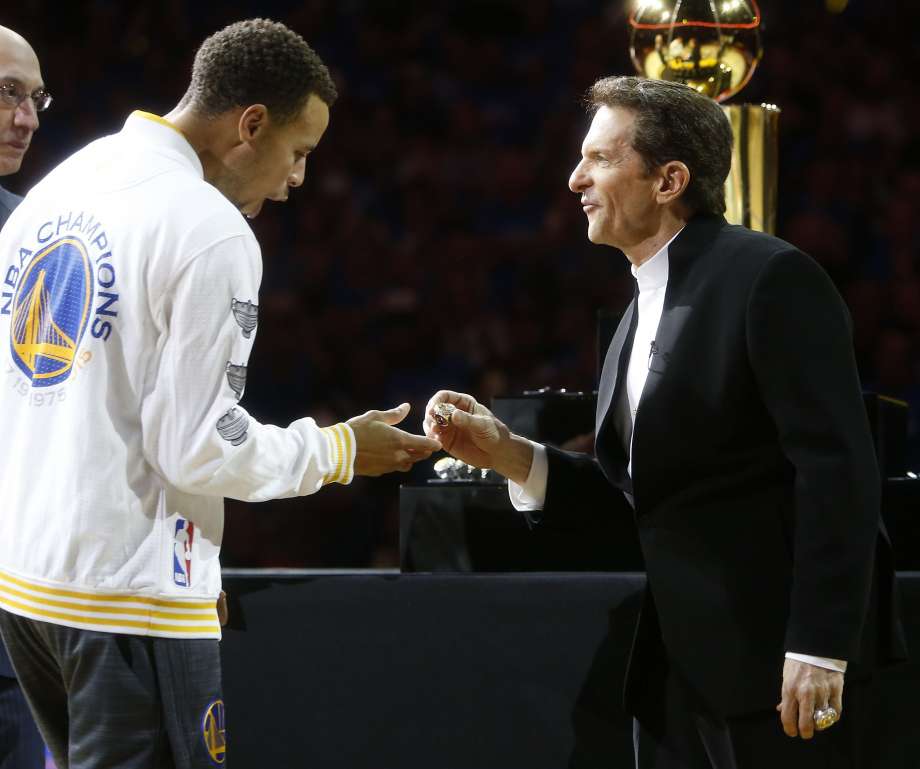 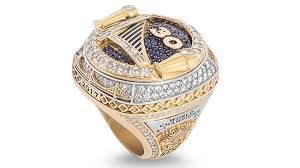 For the third time in four years, Peter Guber and Joe Lacob’s Golden State Warriors celebrated their NBA Championship at the pregame ring ceremony. Rakuten kicked off the 2018-2019 season with an elaborate unveiling ceremony, in which the team and its management were awarded with their championship rings from the previous season.

The diamond-encrusted rings were designed by Jason of Beverly Hills who took into consideration the preferences of the owners, Peter Guber and Joe Lacob, the players, and the fans. It was all smiles last night as everyone flashed their impressive rings. After working with multiple Warriors players in the past on different pieces of jewelry, Jason of Beverly Hills was able to truly portray the team’s story in the ring.

The team also launched the Championship Ring Raffle, giving fans a chance to win a 2017-2018 ring, donating all the proceeds to the Warriors Community Foundation for education and youth development. The winner not only gets a certified NBA Championship ring, but they will be flown to the Bay Area for a two-night stay and suite tickets to a Warriors home game.

The Warriors went on last night to beat Oklahoma City Thunder by a slim eight points in the season opener. Even though the Warriors’ hands are getting heavy with Championship rings, it looks like they’re starting the season strong in the hopes they score another.