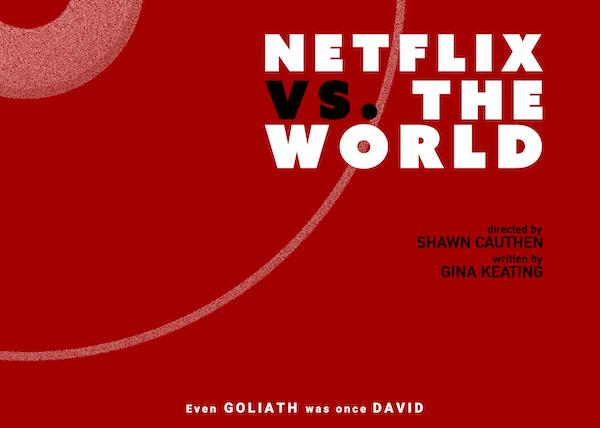 Netflix Co-Founder Marc Randolph Gets the Documentary Treatment in Netflix Vs. the World

Netflix is getting the documentary treatment—and this time the company is the subject, not the creator.

While the Netflix story has been told in the book Netflixed and in co-founder Marc Randolph‘s book That Will Never Work, the company hasn’t gotten the full documentary treatment until now. Netflix Vs. the World debuted at the Lone Star Film Festival in Fort Worth, Texas on Saturday, Nov. 16.

The documentary, directed by Shawn Cauthen and written by author/journalist Gina Keating, interviews employees and former executives involved in the company’s early years, including co-founder and first CEO Marc Randolph.

Randolph approves of this in-depth look at the early days, saying, “This film brilliantly captures the challenges [co-founder] Reed and I faced in trying to teach consumers a new way to enjoy movies and TV shows. It’s also a deeply personal story about the courage and ingenuity of the founding team that set Netflix on its path to transforming the entertainment industry.”

Check out the Netflix vs. the World trailer.