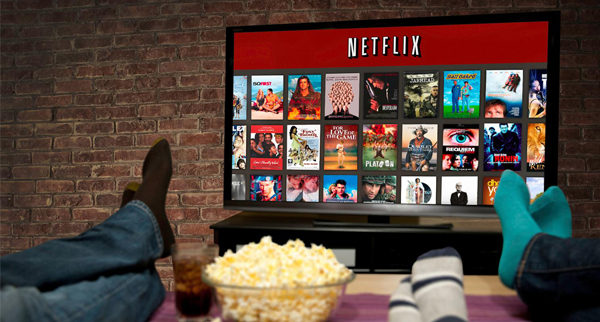 “The thing that I’m probably most proud of in my life is that I’m still married to the same person throughout all of these startups and that I’m good friends with all of my kids,” concludes Marc Randolph unequivocally.

A beautiful objective and truly commendable achievement for any business person, let alone the co-founder of the multinational entertainment company and cultural phenomenon known as Netflix.

Amidst the founding of Netflix—along with more than half a dozen other startups— and serving as Netflix CEO until 2003, Randolph was able to do what so many business people struggle with: maintain a balance between work and family life. Randolph figured out how to work long hours to build a successful company and still carve out quality time at home. He maintained a tight schedule—coming home for dinner four nights a week and going back to the office after dinner. One day a week he would leave work at 5 pm to spend the entire evening with his family. It wasn’t a lot of time but it was very intentional and proved to be enough to keep his family relationships strong throughout the crazy startup years.

This tightly time-blocked schedule wasn’t something that he implemented after Netflix really took-off, it was something he made a habit of from day one. The nature of a startup is such that it demands huge amounts of effort and is often unpredictable; but, startups are also very passion driven, and as passionate as Marc was about Netflix he says he knew from the beginning that he did not want his job to possess him.

Both business and personal sacrifices were made from the very founding the company.  It is no coincidence that Netflix headquarters were originally located in Scotts Valley, CA, and not in Silicon Valley. While the tech and startup mecca, Silicon Valley, seems like an obvious place to locate the new company, it also happened to be several hours away from the Randolph family home. So, to avoid long distance commutes, it was decided that Netflix headquarters were to be located in Scotts Valley. From a business perspective, this is an immediate sacrifice, but it allowed Randolph to go home in the evenings for dinner with his family and return to the office later that night.

An avid bicyclist and outdoor enthusiast, Marc also made cutbacks to the time he spent with his hobbies. Randolph explains, “I loved being out in the mountains but that’s the part that the ended up being surrendered. It had to give. It’s really impossible when your kids are six weeks old and you get home from work, and your wife’s been there with your kids all day to say, ‘Oh hi honey, I’m going out for a bike ride’, that just doesn’t work.” He humbly adds, “It sounds like I’m a better guy than I am. But you only have time for a certain amount of things and so that ended up being the one that I had to cut back on.”

Although, he didn’t have to give up all of his hobbies entirely. Randolph would often go surfing early in the morning before work or take an hour-long bike ride or run during lunch. He says, “I was able to squeeze things in the margins when I didn’t feel like I was stealing time from someone else.”

And that is really the key to how Randolph balanced his work and family life: consciously choosing the most important things in his life and planning time out for them in advance. Once that time was blocked out on Marc’s calendar he says it was “like sacrosanct. It wasn’t ‘I’ll leave it open and see what happens’ because that never works. It has to be as solidly blocked off as if you were out of town.”

An interesting thing began to happen as result of Marc’s time-blocked schedule. Not only did everyone in the office become familiar with his schedule–knowing in advance not to book appointments during the time he had blocked off for his family—but, the rest of the team began to follow suit. Marc’s personal schedule began trickling down into the company’s culture.

Randolph says, “It’s one thing to get up and lecture everyone about how important it is to have balance and time with your family. But if you say it’s important then you have to demonstrate that it’s important, and that it is in fact possible. And if I’m gone then employees can leave to spend time with their own families at that time as well.”

For him and his family, Marc says that quality time is less about creating specific activities to do together and more about being together in the day-to-day moments. “It’s being there every day to help my kids with homework, and every morning to help make breakfast and drive them to school. Going to their sports games and school events. And being able to hang out with my wife every day, to have breakfast, lunch, or coffee with her. Everyone’s living their lives but we’re together.”

When asked if he has any tips for professional trying to balance their own work and family lives, Marc replies, “I think it’s different for everybody. For my wife and I, it certainly worked having the set schedule because then she knew that we’d have a really nice date night at least once a week and I knew when I was getting a break from work. The thing you have to keep in mind is that I was running a company and I had a lot of control over my schedule. What’s hard is when you don’t have control over your schedule, and someone else does.”

Randolph candidly concludes, “I don’t consider myself any great authority on all this. I just found something that worked really well for me. I have no idea to what degree it was things that I did, or whether it was the patience of my wife or the good naturedness of my children. The thing that I’m probably most proud of in my life is that I’m still married to the same person throughout all of these startups and that I’m good friends with all of my kids. And that’s a great objective to have.”