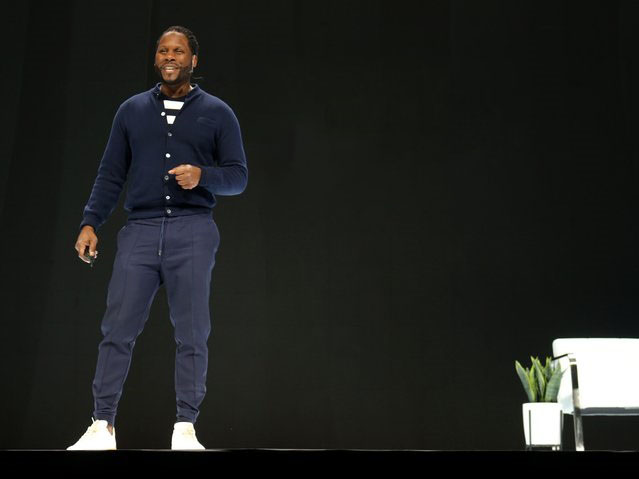 Omar Johnson stole the show at this year’s Domopalooza. His insights into the branding that propelled Beats By Dre headphones to the number one spot in premier headphones had the entire conference buzzing.

He connected with the crowd by sharing how he was nervous to launch Beats marketing campaigns with a limited budget, especially after coming from Nike, where he was able to produce ads with boundless resources.

With determination to prove himself and his product, he wrote out an equation that guided his Beats marketing strategy–

The three most successful social campaigns for Beats were born from this idea. His team listened to the stories of his ideal consumer—professional athletes. In discussing their pre-game rituals, Johnson and his team found the perfect positioning for Beats. They launched their “Above the Noise” campaign, promoting Beats headphones’ noise cancellation feature to block out the negativity all professional athletes experience before a game.

Next, he turned to the best athletes in the world and marketed to the Olympics. He created the Beats Lounge at the 2012 Olympic games where the athletes were offered protection from the paparazzi and conditions that were luxurious compared to the dorm-style living of the Olympic village. Once again, he gave the people what they wanted and because of it every Olympian was wearing Beats headphones before they competed.

In 2015 Johnson launched the biggest social campaign of the year and spent virtually nothing. After the premiere of “Straight Outta Compton,” Johnson’s team realized everyone has a connection to their origins, whether it’s a hometown, a person, or a legacy. They created a simple graphic with the “Straight Outta Compton” logo, their logo, and the ability to interchange Compton with anything the consumer wanted—to tell their personal story.

After laying out the bare bones of the Beats empire, Johnson credited most of the success to his diverse team. He told his audience the people you work with are just as important as the people who buy your product. It was actually a group of millennials who were “straight outta college” that came up with the Compton idea. A truly talented team will be made up of young, old, black, brown, blonde, and pink haired people, because every person will bring something different to the table.

His message hit home for a number of attendees and the social media response was overwhelming. Here are some tweets that speak to Johnson’s impactfulness. 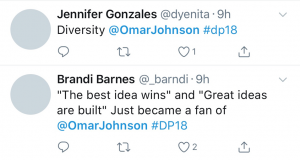