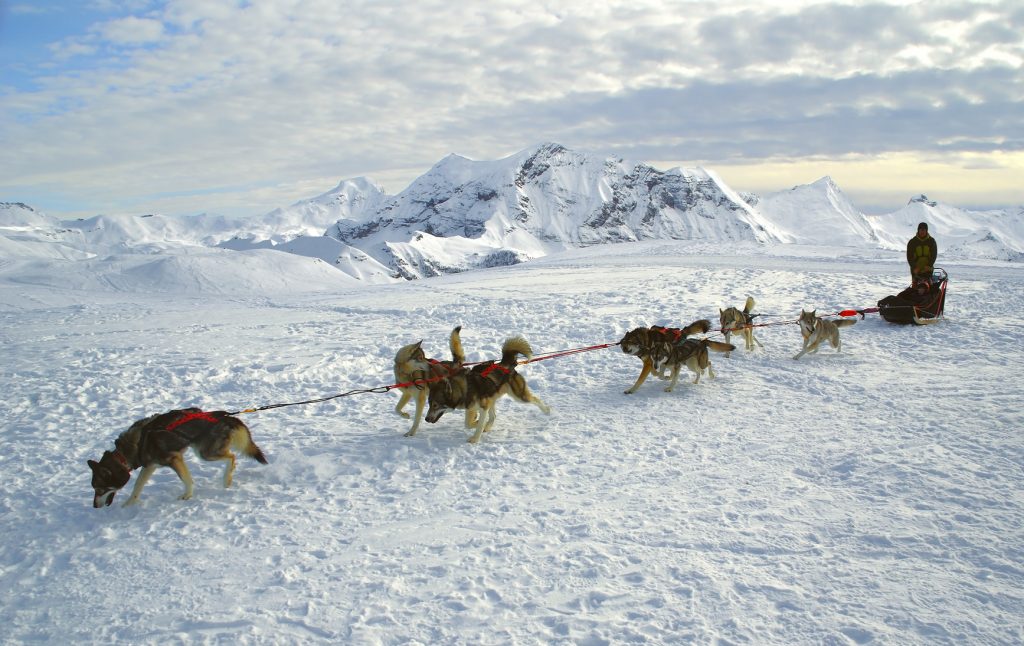 Part 2: How Your Business Can Adapt like a World Class Team—Both On and Off the Racecourse

Conditions change…stuff happens. In fact, change is the only thing that stays the same. How we respond and adapt to changes is what ultimately makes the great ones great.

In Part 1: Innovate of the three-part Innovate, Adapt, and Overcome series, we looked at how teams innovated in challenging circumstances. In Part 2: Adapt, I will share two examples of teams that learned to adapt to their conditions and environment in order to succeed.

Adapt to the conditions: Two days into the Borneo Eco-Challenge, my teammates and I found ourselves battling with the top Australian Team and the top French Team for the lead through the long, muddy, and leech-ridden trek through a dense rainforest to the transition area where we would start the mountain biking leg.

The rain was coming down in buckets, and the small game path that we were using to hike alongside a creek for the final leg of the trek was very quickly being washed away. The riverbanks became a slip and slide, and we found ourselves spending more time on our asses than on our feet. Then the creek began to rise in the flash flood conditions, and the small trickle quickly became a fast moving, churning, muddy river. The other teams quickly sprinted for higher ground.

That’s when I saw my team captain staring at the river. I immediately knew what he was thinking. Every alarm in my body went off.  Then he said it out loud:  “WHAT IF we decided to turn this hiking section into a swimming section instead?”

My other teammates and I were in complete disbelief for a moment. Was he serious? This was WAY too dangerous. These were now class II and III rapids, churning with dangerous debris.

But then it slowly sank in. He was right. The river would quickly take us the next several miles to the checkpoint—If we survived.

He promised he would swim each section first to ensure that the undercurrents, leg grabbing snags, boulders, and swirling tree branches in our path were something that the less experienced swimmers on the team could successfully navigate. Then we would all regroup when we made it through the next rapid to a safe spot.

We started out in daylight, but it quickly became dark, and the only way we could see one another was by tracking the bobbing headlamps shooting through the rapids. After a few hours of this terrifying and risky swim, we finally began to see the lights of the village below. When we emerged from the river, muddy and exhausted, our arrival at the checkpoint was a complete surprise to our crew and the camera crews, who had spent the last couple of hours staring into the darkness in the direction of the trailhead, looking for the first hikers.

We didn’t realize it at the moment, but our risky move to capitalize on our suddenly available resources and adapt to the evolving race conditions ultimately gave us a two hour lead on the other teams…that we held until the final caving section….

Adapt to the environment: Sometimes, you need to adapt to the environment. Near the end of the Borneo Eco-Challenge, the top French Team, Intersport, was still hot on our heels coming out of the long painful caving section, in which we had to wade through 100 yards of bat guano, ascend up ropes to the top of cave, and then tiptoe on blistered feet for 2 miles on a razor-thin ridge line of jagged rocks with a 1200 foot sheer drop on both sides.

We were all destroyed, mentally and physically from 5 non-stop days of racing, covered with leeches, and had a very strong and rested team hunting us down. Things were looking pretty grim for our living our dream of winning the Eco-Challenge. We retained only a few minutes of our hard-won lead after the last 10-mile run from the caving section to the beach for the final leg of the race, a 60-mile open ocean paddle in native canoes.

We quickly organized our gear and paddled out of the bay, looking over our shoulders for the competitors on our heels. As we reached the open ocean, we encountered our worst nightmare:  an unrelenting direct headwind that held us to a crawl. What we hoped would be a 6 mile per hour pace was down to 2 mph. And if more than one of us stopped paddling to eat or drink, we would actually go backwards. If we completely exhausted ourselves we would not only lose, we could be lost in the ocean somewhere completely off course during the night.

In the waning moments of daylight, my Team Captain, Ian Adamson, decided to adapt to the environment. He noticed a large island a couple of miles to our right, and it appeared to run for a few miles at a 45 degree angle between us and the finish line. He quickly explained to us what he wanted to do, and we all decided to take a calculated risk and go for it, despite the impending darkness and uncertainty about where this side journey would ultimately spit us out.

The one thing we knew for sure was we had the best navigator in the sport and a strong, motivated team. We made a beeline for the island, and for a few hours, we contoured the lee side of the island, sheltered from the headwind—and evidently sheltered from the camera crew in the helicopter. In the very dramatic USA Network television coverage, the narrator announced “…and Team Salomon Eco-Internet has completely disappeared from the course (cue suspenseful music, go to commercial).

Overnight, we slowly but surely moved closer to the finish line at an angle, shielded from the headwinds of the impending thunder and lightning storm. As the moon rose and the wee hours crawled by, we found ourselves back on the vast open ocean, alone, having no idea what place we were in, whether our risk was worth the reward, or whether we had made a decision that ultimately lost us the race we fought so hard to win.

At sunrise, our suspenseful silence was broken up by a low humming sound in the distance. A fishing boat…moving closer and closer. Or so we thought. As the boat pulled up alongside us and came into view, we quickly realized that this wasn’t just another fishing boat, it was a boat full of cameramen, photographers and media, waving and smiling and excited about escorting us for the last few miles of the race to the finish line.

We had adapted to the environment, we had found a creative and more efficient way to the finish line, and we had won.

Your Turn: Where can you take a calculated risk in your life or in your business in your quest for that big win? Tip: Calculated risks are a little less risky and have a better chance of success with a great team around you for the journey!