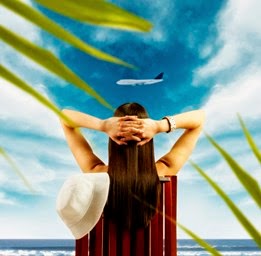 Rest Your Way to Success: The Value of Productive Relaxation

When I first read that the average American worker left 9.2 vacation days unused in 2012—three more than the year before!—I was shocked, but not surprised. Even in the waning days of the Great Recession, workers were still overstretched. They worried about taking all the time they were owed, lest they be replaced with hungrier workers while gone. Even today, half of us expect to work during vacations, and a third of us eat at our desks.

It might be nice to return to the old days, when office life seemed easier, but I doubt that will happen. The business world is normalizing at a new level, one based on agility, speed, flexibility, and on-the-spot execution. This means that things will never be the same, and we have to adjust to that.However, that doesn’t mean the change will kill us. In fact, most indicators suggest we have the opportunity to become more creative and productive than ever, just by taking it easier on ourselves. That assumes, of course, you can figure out how to dial it down again, especially if you’ve become an adrenaline/caffeine junkie who feels nervous and useless when not furiously busy.Self-ProtectionThe phrase that pays is strategic renewal. This includes taking more restful days off, taking full advantage of breaks to eat, play, and interact socially, and keeping evenings and weekends for yourself. Some experts, like Tony Schwartz of the Energy Project, even advocate afternoon naps, meditation, lunchtime workouts, telecommuting, and other practices that won’t fly in most organizations. His employees get no less than four paid weeks of vacation from their first year, along with the above energy perks and workdays ending at 6 P.M. sharp. In February 2013, he claimed that in a decade, no one had ever chosen to leave his company.The question here is: what will your superiors allow you to do in terms of strategic renewal? We already know that beyond 40 hours a week, productivity drops and engagement sours. More than 11 hours a day increases risks of coronary events by two-thirds.

You can’t. Being in tip-top productivity shape requires regular recharging. Studies have proven that well-rested people do more and better work. Point this out to your manager if she’s grouchy about you taking all your PTO and your weekends.

Here’s another interesting point. You may know your body runs on a 90-minute sleep cycle at night, and that you feel best when awakened at the end of a cycle than in the middle. Newer research demonstrates that the same is true of daytime activity: you function best in 90-minute time-chunks, which is why our attention often wonders after an intense spate of work or during long meetings. As it turns out, we humans are like quarter horses: we’re made for short, intense sprints followed by substantial rest periods. Your brain and body want to you take a break—and they especially want you to sleep regularly.I have a writer friend who has boosted his productivity by learning to relax and pace himself. He’s self-employed, so he sets his own hours; though as he says, his boss is a real jerk who makes him work 14 hours a day, six days a week! But the fact is, his 14-hour days are punctuated with two breaks at lunch and dinner, each two hours long, when he eats, reads, and runs errands. Saturday is his dedicated day off. His to-do lists typically consist of 12-16 items daily, which is stretching it—but he always gives himself plenty of time to complete every project, rarely procrastinates, and includes items that can drop off the list if time runs out.Today, he’s accomplishing more than before, with far less stress and better sleep habits than ever before. There was a time he refused to take unscheduled client calls because they interfered with his productivity; now he takes them anytime, and if necessary, cuts a low-priority item from his list to make time. He’s still more productive than ever.So relax. You’ll do fine if you take time for yourself, and occasionally add a little change of pace to your work schedule. The old saying “a change of work can be as refreshing as a period of relaxation” definitely has validity.