Andy Acho is a world-renowned expert on environmental initiatives to save money and make the world better and more sustainable. Acho is also the former Worldwide Director of Environmental Outreach and Strategy for Ford Motor Company; he used his expertise by implementing sustainable actions for the environment all while saving Ford millions of dollars.

Environmental Responsibility and the Bottom Line

Andrew G. Acho is a nationally recognized expert on practical environmental initiatives that help make the world a better place and save money. Since retiring from Ford in 2006, Andy Acho has become a valuable resource for organizations interested in protecting the environment and improving performance.

In his role as Worldwide Director of Environmental Outreach and Strategy for Ford Motor Company, a job Bill Ford created for him, Acho championed the development and implementation of more aggressive proactive environmental stewardship actions that not only protected the environment but also saved the company millions of dollars annually.

Andy Acho began driving environmental stewardship efforts for Ford Motor Company in 1990. He launched and led Ford’s Recycling Action Team (The RAT Patrol) which has worked for over a decade proactively developing and implementing uses for post-consumer recycled materials including plastic and rubber. These materials are developed to perform as well as or better than the materials they replace, while being financially viable. The team’s success in this area, includes the annual transformation of more than 50 million two-liter soda pop bottles, one billion bottle caps and 27 million square feet of old carpeting into reliable vehicle components. Andy Acho also initiated and led Ford’s success in recycling more than 10 million tires into environmentally responsible rubber products used for athletic fields, mulch, playground materials, therapeutic riding arenas, and roads.

In addition, Andy Acho led Ford’s global Conservation and Environmental Grants program in more than 40 countries, recognizing organizations and individuals making significant and exemplary contributions to protect and preserve the environment in their regions.

In 1996, Andy Acho was appointed chairman of the Great Lakes Recycle Board, made up of eight Midwest governors, including former governors John Engler (Michigan), Tom Ridge (Pennsylvania) and Tommy Thompson (Wisconsin).

In 2001, Andy Acho was one of the first people to be honored nationally with the Wildlife Habitat Council’s (WHC) President’s Award for his outstanding commitment to preserve and protect the environment for future generations, and for his global vision of environmental and economic sustainability.

Acho was subsequently appointed to the WHC Board of Directors.

More About Andy Acho . . .
Andy Acho is active with numerous educational and environmental organizations supporting a variety of initiatives. He served as Chairman of the Corporate Advisory Board at Smith College’s Picker Engineering Program, where women engineers are being educated to be environmentally responsible and socially conscientious.

In addition to helping protect the environment, the initiatives Andy Acho champions have enhanced the work environment for employees, benefited surrounding communities, and improved the company’s bottom line. Acho’s pragmatic leadership on environmental initiatives is formed by his in-depth experience with business operations over his 46 year career at Ford and his passion for “Never Confusing Motion with Action”.

Andy Acho received his Bachelor of Science degree in 1963 and his MBA in 1967, both from the University of Detroit. His post-grad executive management training was completed at Duke University.

Andy and his wife reside in West Bloomfield, Michigan.

“I want to express our appreciation to you for outstanding participation in our Transportation 2030 event. The attendees all remarked as to how impressed they were with your insights regarding the current and future transportation opportunities in our region”.

“Great Talk. I found Andy to be very engaging and really appreciated that he got up to the minute information from pertinent people in Ford. That touch showed he knew what he was talking about. Loved the pace and use of videos to bring home points of interest. I think this talk was the highlight of the week and am glad ASC was able to get such a dynamic speaker.”

ASC Chairman of the Board

“Andy delivered modern up to date trends as well as pertinent history helping our members understand the importance of the end user perspective”.

“Andy was a terrific speaker”.

“Andy was quite insightful”

“Since your superb presentation last Friday I have had people from all over our campus regale me with accolades about how excellent your presentation was and how good it was to listen to an executive who had lived a life of genuine action  — not motion”.

“Your talk and your speech were inspirational, every student and faculty memeber I’ve spoken with since has raved about your engaging speaking style and your important message. I hope you’ll join us on campus again soon!” 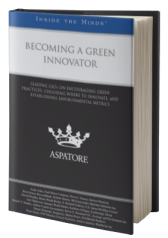