based on her Thomas Nelson published book Holding Her Head High

Health: Ten Steps to Reclaiming You – Dealing with A Culture of Crisis

Corporate Inspiration/Motivation: Showing Up Is Success—Overcoming 10,000 No’s In Hollywood

based on published book A Little Bit Vulnerable

Corporate Inspiration/Motivation: How to Cope In A Crazy World

Faith: God On The Go – Finding Christ in Chaos

Politics/Academia: How to Have A Civil, Civic Conversation

U.S. Constitution: It’s A Party in The USA: Why The Constitution Is Not a Partisan Document

as the founder of Constituting America; national television political pundit; former host of Janine Turner Radio Show; author of 85-essays on The Federalist and 50 published opinion-editorials

Janine Turner is an Emmy and three-time Golden Globe nominated actress known to millions of fans for her role as Maggie O’Connell in the CBS hit, Emmy award winning show, Northern Exposure.

Janine’s illustrious film career includes starring in NBC’s Friday Night Lights, in feature films such as Steel Magnolias, Cliffhanger with Sylvester Stallone, Dr. T and the Women with Richard Gere, Night of the White Pants with Tom Wilkinson and in Universal’s Leave it to Beaver as June Cleaver. In her most recent movie role she portrays Anthony Hopkins’ wife in the feature film Solace. As a producer, director, Janine won Best New Director at both the Deep Ellum and Beverly Hills Film Festivals for her short film, Trip in a Summer Dress.

Acting isn’t Janine’s only passion or accomplishment. She is a four-time published author, creator of Front Porch Philosophy, an umbrella outreach which includes her latest two books, her daily podcast, Janine Turner’s God on the Go Minute, and an upcoming national Rocking Chair Wisdom tour encouraging “civil civic conversations – a dialectic seeking synthesis.” Janine produced and stars in the Christian yoga DVD, Christoga, is the founder and co-chair of the foundation, Constituting America, a radio show talk show host, nationally televised political analyst, a newspaper columnist, and a highly acclaimed and sought-after public speaker known for her riveting and inspiring speeches across the country. Reviews for Janine’s speeches include words such as: “Riveting,” “Electrifying,” “Inspirational,” “Witty,” “Impactful,” “Courageous,” “Action Plan,” “Donations Doubled,” “Eloquent,” and “Wow!”

Janine has given over 340 speeches to over 48,000 people to audiences such as SMU’s Perkins School of Theology, Rick Warren’s Saddleback Church, White’s Chapel United Methodist Church, The American Red Cross in Washington, D.C., Walter Reed Army Medical Center and the Republican National Convention in 2012. She speaks on topics such as: her Christian faith, inspiration in the workplace, overcoming defeat in Hollywood, depression, sobriety, single motherhood, politics in America, the United States Constitution and physical health.

Acting and speaking are not Janine’s only accomplishments. She is currently pursuing a Masters in Theological Studies from SMU’s Perkins School of Theology. She also works alongside the U.S. Department of Health and Human Services to promote alcohol and addiction recovery.

Janine’s four published books include: her faith based Washington Post bestseller, Holding Her Head High: 12 Single Mothers Who Championed Their Children and Changed History (Thomas Nelson Publishers), her highly praised memoir, A Little Bit Vulnerable: On Hollywood, God, Sobriety and Politics (Dunham Books), her common sense pamphlet dealing with the dangers of the internet and social media, Artificial Intelligentsia vs. Primal Sense – Ten Steps to Reclaiming You, and her daily devotional, Wisdom for Each Day – Inherited from my Great Grandfather, a daily collection of unique, uplifting quotes from poets, philosophers, presidents, and leaders from a “can do” era.

Janine Turner’s God on the Go Minute daily podcasts are scripture based with a lively, home spun feel. They are quickly garnering thousands of followers via the radio, social media and YouTube. Janine’s Christian yoga DVD, Christoga, incorporates yoga poses with Christian scripture and has a companion soundtrack including her Christian song, Raise the Roof, other vocals include her album, Mockingbird Hill. Janine shared her faith regularly on her hit radio show, The Janine Turner Show, (2011-2014), distributed by Cumulus and Clear Channel, which was named the Best Talk Radio Show 2011 by The Dallas Observer.

Janine has a passion for America, the founding fathers and the United States Constitution. Concerned about the lack of knowledge and education regarding the non-partisan, relevancy of the United States Constitution, Janine founded and currently co-chairs the foundation Constituting America. Launched in 2010, it is the only non-partisan organization that promotes through the We the Future Contest the winners and their works – their movies, songs, PSAs, STEM creations, essays and speeches – on television, in the movie theatres, on the radio, in print, social media, and the internet to inspire other students and adults to learn about the United States Constitution. Janine speaks with students in classrooms across the nation, either in person or via Google Hangout, empowering the students to be a part of the government whether Democrat or Republican by utilizing the, “set of tools in their toolbox – the First Amendment,” to effect change through the legislative and amendment process.

Janine’s opinion-editorials and columns have been printed in the Washington Times, the Washington Examiner, the Daily Caller and P.J. Media. Janine has been a regular political analyst on shows such as The O’Reilly Factor, On the Record, Fox & Friends, America Live and Varney & Company. She was picked as Chris Wallace’s Fox News Sunday  – Power Player of the Week in 2010, other networks include CNN & Newsmax. In 2006, Janine was appointed by President George W. Bush to his Presidential Council on Service & Civic Participation. In 2013 Janine received the Daughters of the American Revolution – Mary Smith Lockwood Medal for Education.

She currently lives on her beloved three-hundred-acre longhorn cattle ranch in north Texas with her daughter, Juliette Turner, who is a three-time published author of Our Constitution Rocks, Our Presidents Rock and That’s Not Hay in My Hair. (Harper Collins/Zondervan)

While Janine is a very successful and well known actor, I believe that she is a better speaker than actor. When she was acting, she was portraying someone else’s words, thoughts and actions, but when speaking Janine is expressing her own ideas and thoughts, which are eloquent, energetic, and inspirational.

The speech gave people chills; [she’s] the best speaker ever! Thanks so, so much! It was fantastic!!! It was fabulous!!! Janine is such a delight! Everyone loved her, she was quite the hit! Our donations in the room where double last year!

In discussing our fundraiser and speaker, Janine Turner, many board members spoke of the wonderful feedback they received from people who attended the event. I personally found her to be very approachable and down to earth. She was willing to accommodate us and the event in any way she could. The message she delivered on recovery was one of the best I have heard. Our agency would highly recommend Janine to speak at other events regarding the issue of recovery from substance abuse. Thank you.

The Council on Alcohol & Drug Abuse

After hearing Janine Turner speak, I felt inspired, touched, motivated and quite frankly in awe. Her speech was riveting.

“I experienced Janine Turner speaking in person at an American Heart Association, Go Red For Women Event, in Longview Texas.  I got a faith based witty, smart conservative that was full of wisdom and humor on several topics, like personal interactions “don’t ever have a serious discussion if you are HALT, Hungry, Angry, Lonely or Tired, the result will not likely be good.  Or, “FEAR, “False ,Evidence, Acting, Real.”  There were truisms like, “Gratitude, My Attitude,” 80% of Success is Just Showing Up,” Don’t let anybody put out your flame,” and related to forgiveness, “Clean up my side of the street and let everyone else go. Wisdom, wit, humor… Janine Turner is the real deal. 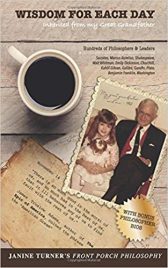 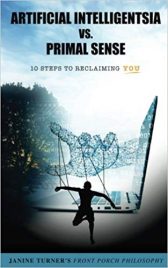 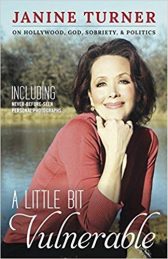 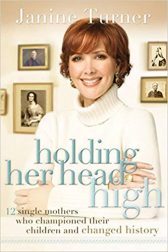