•  As proven by his hundreds of publications and 30+ years as a leading national speaker on change in health care, Jeff Bauer deserves his reputation as most accurate health futurist. His objective analysis often clashes with the conventional wisdom and special interests, but his forecasts consistently identify the long- term trends that are really transforming health science and the medical marketplace. He is frequently complimented for telling audiences what they really need to hear, which is not always what they want to hear. His message is extremely positive and inspirational for leaders who embrace the need and opportunity to create a better health care system.

•  Often called the constructive contrarian, Jeff Bauer goes beyond the independent forecast and proposes specific actions that his clients can undertake to harness prevailing trends and become successful in meeting the needs of their customers. His speeches always end with practical recommendations and comments on how to implement them through multi-stakeholder partnerships and other initiatives focused in the private sector.

•  Unlike speakers who arrive just before making a “boilerplate” presentation and leave immediately afterwards, Jeff Bauer works closely with the client to make sure his speeches are customized for the specific objectives of each conference. Then, at no extra charge, he will actively attend the meeting before and/or after his presentation(s) in order to interact with client leaders and other members of the audience. A copy of his presentation slides is provided for distribution to attendees.

"Not What the Doctor Ordered: The Imperative for Advanced Practitioners"

Dr. Jeff Bauer presents compelling scientific proof why consumers deserve direct access to specialized nurses, clinical pharmacists, physical therapists, and other advanced practitioners who provide their health services at least as well as physicians—at lower cost.  His entertaining and informative analysis shows why doctors’ old arguments against “mid-levels” are no longer defensible and why competition is the essential next step toward better and less-expensive health care for all Americans.

"A Realistic Update on Health Reform: Responding to Challenges and Opportunities"

[for health industry audiences] Everyone agrees that the current health care delivery system is unsustainable, but there’s no consensus on common solutions to the underlying problems.  This...

Everyone agrees that the current health care delivery system is unsustainable, but there’s no consensus on common solutions to the underlying problems.  This survival-oriented presentation evaluates the range of competing approaches to reform — from government interventions to private initiatives — and provides tailored strategies provider organizations and their business partners can use to succeed by improving efficiency and effectiveness in a turbulent marketplace.  The content is continually revised to reflect the latest political and economic events.

This fast-paced, example-filled presentation shows how and why health care will change more in this decade than it did in the previous 50 years.  It explores individual implications of the revolution in medical science, new capabilities of...

This fast-paced, example-filled presentation shows how and why health care will change more in this decade than it did in the previous 50 years.  It explores individual implications of the revolution in medical science, new capabilities of information and communications technologies, the impact of demographic shifts in the US population, and the economy’s role in restructuring supply and demand for medical services. Reform and other changes are realistically examined, with specific recommendations tailored to the audience’s interest in health care (consumer, purchaser, provider, etc.).  This is a unique insider presentation for outsiders — telling audiences how to optimize individual and corporate interactions with the health care system.

"How to Be a Futurist: Predicting, Forecasting, and Other Possibilities"

Based on the speaker’s path-breaking book, Upgrading Leadership’s Crystal Ball, this unique presentation shows audiences in any industry how to identify the realm of possibilities for making strategic changes through informed ...

Based on the speaker’s path-breaking book, Upgrading Leadership’s Crystal Ball, this unique presentation shows audiences in any industry how to identify the realm of possibilities for making strategic changes through informed analysis of defining trends. It explains the differences between predicting and forecasting and shows why forecasts must replace predictions for evaluating where events are likely headed.  The presentation identifies specific resources and teaches practical techniques for organizations that want to take a new look at the foundations of success in turbulent, uncertain times.

Dr. Bauer is an internationally recognized health futurist and medical economist. As an independent industry thought leader, he forecasts the evolution of health care and develops practical approaches to improving the medical sector of the American economy. He is widely known for his specific proposals to create efficient, effective health care through multi-stakeholder partnerships and other initiatives focused in the private sector.

Dr. Bauer has more than 300 publications on health care delivery. His latest books are a 25th anniversary update of his best seller, Not What the Doctor Ordered: Liberating Caregivers and Empowering Consumers for Successful Health Reform (2020), Paradox and Imperatives in Health Care: Redirecting Reform for Efficiency and Effectiveness (2015), and Upgrading Leadership’s Crystal Ball: Five Reasons Why Forecasting Must Replace Predicting and How to Make the Strategic Change in Business and Public Policy (2014). Previous books include Statistical Analysis for Health Care Decision-Makers (CRC Press, 2009) and Telemedicine and the Reinvention of Health Care: The Seventh Revolution in Medicine (McGraw-Hill, 1999).

As a consultant, he has assisted hundreds of provider, purchaser, and payer organizations with strategic planning and performance improvement initiatives. He served as Vice President for Health Care Forecasting and Strategy for ACS, a Xerox Company, from 1999 to 2010. His own consulting firm, The Bauer Group, specialized in consumer-focused strategic planning and clinical affiliation agreements for multi-hospital networks from 1984 to 1992.

In addition, Dr. Bauer was a full-time teacher and administrator at the University of Colorado Health Sciences Center in Denver from 1973 to 1984, where he held appointments as associate professor and Assistant Chancellor for Planning and Program Development. He also served for four years as Health Policy Adviser to Colorado Governor Richard D. Lamm. From 1992 to 1999, Dr. Bauer was a visiting professor in Administrative Medicine at the Medical School of the University of Wisconsin-Madison.

He received his Ph.D. in economics from the University of Colorado-Boulder. He graduated from Colorado College in Colorado Springs with a B.A. in economics and completed a certificate in political studies at the University of Paris (France). During his academic career, he was a Boettcher Scholar, a Ford Foundation Independent Scholar, a Fulbright Scholar (Switzerland), and a Kellogg Foundation National Fellow. He is an honorary Fellow in the American Academy of Nurse Practitioners. Dr. Bauer lives in Madison, Wisconsin, where he spends his spare time painting (conceptual art in acrylics) and playing the viola da gamba (precursor to the cello). He is an active member of the Board of Directors of the Madison Symphony Orchestra and sings in the orchestra’s chorus.

“Thank you for sharing your predictions on the future of health care.  As an economist and meteorologist, you have a unique skill set to develop and support multi-variable forecasts.  Your critical… Read More

“Thank you for sharing your predictions on the future of health care.  As an economist and meteorologist, you have a unique skill set to develop and support multi-variable forecasts.  Your critical success factors for providers were beneficial for us as a network and also as independent hospitals.  We will be using these themes in our strategic plan!”

“Thank you for making the trip to New York to be our keynote speaker at the Rochester Healthcare Symposium.  Your presentation was both… Read More

“Thank you for making the trip to New York to be our keynote speaker at the Rochester Healthcare Symposium.  Your presentation was both insightful and has been the talk of the town throughout our community.  As chairman of a large health system, I truly enjoyed your presentation and learned a great deal from your session.”

“Your presentation to our QHR Executive Retreat in Boston was an intriguing and thought-provoking addition to our discussion of strategies.  Your presentation was compelling and well-received as you challenged us to put our creativity to work in finding better ways to respond to the evolution of the new healthcare delivery system.  Thank you for brining our group an outstanding presentation!” 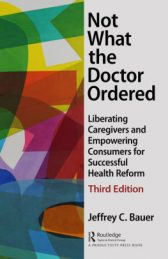 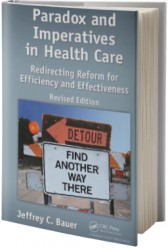 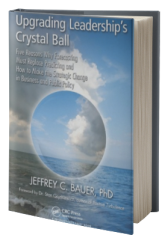