Dr. Jennifer Ashton is a top motivational keynote speaker, Board-certified Ob-Gyn, and is also Board-Certified in Obesity Medicine. She is a graduate of Columbia College, Columbia University. She then received her medical degree from Columbia University, College of Physicians and Surgeons, where she was elected Class President for four consecutive years. Upon graduation, she was awarded the prestigious Bartlestone Award in Pharmacology.

Mental Health: Healing after Tragedy and the Courage to Survive after a Suicide

Women’s Health in the Media

The Self Care Solution: How to Improve your Health One Month at a Time

Dr. Ashton is a Fellow of the American College of Obstetricians and Gynecologists. She has presented abstracts and posters at national clinical meetings in the fields of General Surgery, Critical Care and Gynecologic Oncology. Dr. Ashton is on the Attending staff of Englewood Hospital and Medical Center in Englewood, NJ, an affiliate of Mt. Sinai School of Medicine. One of the few physicians with media platforms who still sees patients, she has an active medical practice, where she treats women of all ages for medical and surgical gynecologic conditions. In addition, using her credentials in Obesity Medicine and Nutrition, Dr. Ashton treats obesity/overweight and manages weight-loss medications, recommends dietary approaches, and often uncovers a major cause for struggles with weight that had gone undiagnosed.

In October 2017, Dr. Ashton was named Chief Medical Correspondent for ABC News. In 2013, CBS Paramount Television announced that Dr. Ashton had been signed as co-host of the daytime medical tv show, The Doctors. Since 2012, she has also been the Senior Medical Contributor for Good Morning America and World News Tonight, ABC News. From 2009-2011, Dr. Ashton was the Medical Correspondent for CBS News Network, where she received the prestigious Columbia Alfred DuPont Award for Excellence in Journalism for her work. Dr. Ashton is the author of 3 books: Eat This Not That When Expecting, The Body Scoop for Girls, and Your Body Beautiful. Dr. Ashton is also the author of the monthly feature column, “Ask Dr. Ashton”, in Cosmopolitan Magazine. In January, 2010, Dr. Ashton travelled to Haiti with a medical team where she treated victims of the earthquake for 8 days.

Dr. Ashton is the country’s leading voice of Women’s Health, as the only Board-certified Ob-Gyn with two national media platforms. She is a frequent Keynote Speaker and Moderator for National events regarding Health and Wellness. She is committed to improving the lives of girls and women through increasing health literacy and busting myths that have been propagated via folklore with little medical or scientific basis. She has a ‘girlfriend’s’ approachable demeanor with Ivy League credentials that combine to make her the definitive voice for Women’s Health in the modern age. As a mom of 2 teenagers, Dr. Ashton not only ‘talks the talk’ but ‘walks the walk’, proving that commitment to good nutrition, fitness, sleep and stress reduction are the cornerstones to health and wellness. With her MD, and credentials in Nutrition, along with her accomplishments as a triathlete, cyclist and fitness enthusiast, Dr. Ashton is as comfortable discussing the latest workout or diet trend, as she is counseling on cancer screening or reproductive health issues facing women. 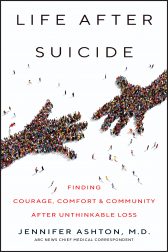 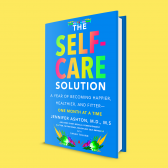 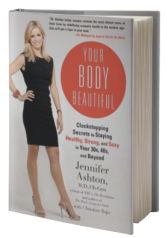