Bring Mindset Alpha to your company or organization. Let Julian deliver inspiring and actionable content, networking, and ideas with the customizable half-day Mindset Alpha Virtual PowHER Hub. More than ever in today’s world, we need to connect.

In today’s world, we need more than ever to connect with others. Mindset Alpha provides networking and upskilling workshops, webinars, and customized content.

Julian Guthrie is the founder of Alpha Girls Global, thought-provoking keynote and New York Times Best-Selling Author.  Over her 25 year award-winning career as one of the world’s most respected journalists, Julian has interviewed some of the world’s most successful and interesting people.  Interviews include (but, not limited to) Steve Jobs, Larry Ellison, Richard Branson, Elon Musk, Melinda Gates, Marissa Mayer, Christy Turlington, the late Prof. Stephen Hawking and Peter Thiel.  She spent years researching how men and women win (and it’s not the same).

With Julian, you will hear true and inspiring stories.  You will walk away with a new and tangible sense of how to succeed.  You will look at the world a bit differently.

Julian spent twenty years at the San Francisco Chronicle, where she won numerous awards, including the Best of the West Award and the Society of Professional Journalists’ Public Service Award. Her feature writing and enterprise reporting were nominated multiple times for the Pulitzer Prize.

Her new book, Alpha Girls: The Women Upstarts Who Took On Silicon Valley’s Male Culture and Made the Deals of a Lifetime, is the unforgettable story of four women who came to California to try to make it in a world stacked against them. Through grit and ingenuity, the women became stars in cutthroat, high-stakes, male dominated Silicon Valley and helped build some of the most important companies of our day. They were written out of history — until now. The book is being adapted for a television series by Academy Award-winning producer Cathy Schulman.

Julian’s NYT best-seller How to Make a Spaceship: A Band of Renegades, an Epic Race, and the Birth of Private Spaceflight released in September 2017, tells the story of an unforgettable cast of characters who dreamed of getting to space without the government’s help.  Virgin Group founder Richard Branson wrote the foreword, and Prof. Stephen Hawking wrote the afterword. This cast includes aviators, test pilots, engineering school dropouts, plucky entrepreneurs, NASA retirees, billionaires, and a particularly determined space geek named Peter Diamandis who refused to give up on his outsized dream.

Julian’s second book, The Billionaire and the Mechanic: How Larry Ellison and a Car Mechanic Teamed Up to Win Sailing’s Greatest Race, The America’s Cup, was published in 2013 and was a national best-seller. It was one of Forbes Magazine’s top ten nonfiction books of 2013. Julian spent over a year interviewing Larry Ellison.

In all her work, she is drawn to underdog stories, and stories that combine great human drama and improbable dreams with technological innovations and breakthroughs. She lives in the San Francisco Bay Area, loves adventure and travel, loves speaking to groups big and small, is a self-professed word geek, an obsessed storyteller, an avid reader, and a proud mom. She looks at stories as her “little pieces of immortality.”

“As the moderator of our diversity and inclusion panel at our annual user conference, Julian brought passion and energy to the discussion that engaged both the speakers and audience. She expertly elicited powerful experiences interwoven with facts for maximum impact. Julian also added her own personal stories naturally into the dialogue. The result was a hard-hitting, impactful session where participants walked away with both tangible learnings and a memorable experience.”

“Julian Guthrie shows what’s possible for women and girls everywhere by highlighting the stories of groundbreaking women in Silicon Valley.” 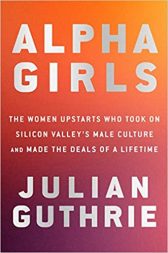 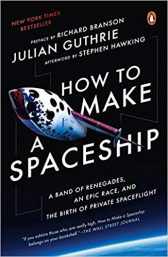 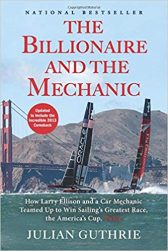