Mike Abrashoff is a top virtual leadership keynote speaker, performance expert, former US Naval Commander, and author of the million-copy, management-technique bestseller It’s Your Ship. A popular keynote speaker for audiences looking to ramp up organizational performance, Mike has spoken to every industry and kind of audience from Fortune 500s to startups.

When Mike Abrashoff took command of the USS Benfold, morale was low, turnover was high and the ship’s performance ranked near the bottom of the Pacific Fleet. Just twelve months later Benfold was ranked #1 – using the very same crew. The lesson was clear – leadership ...

Sometimes in our professional lives we might think we are in a battle to beat an adversary or a competitor when in actuality we are really in competition with ourselves but just haven’t figured it out yet. When battling the competition, you want to come out on top, if ...

Mike Abrashoff is a leadership virtual keynote speaker, performance expert, former US Naval Commander, and author of the million-copy, management-technique bestseller It’s Your Ship. In his talks, Mike shares his management principles called The Leadership Roadmap. He shows people at every level of an organization how to take incremental steps toward change that can make a dramatic difference.

Our team enjoyed greatly what you had to say, and the way in which you told the stories.  As you know, we are undergoing our own performance and culture transformation – it is an exciting time.  And it is encouraging to hear the analogy from the experience that you and your crew shared.

We have had many, many, amazing reviews from our franchisees. Mike customized his presentation to hit a bull’s eye around our learning objectives. Mike’s message is great for everyone and he gave our coaches many actionable items to take back to their studios.

I loved your presentation and book. It was a great match for our culture and path. Thanks again.

“His presentation was amazing! The crowd talked about it for the rest of the meeting and made reference to his comments frequently as we discussed other topics.   It was truly an inspiring day!” 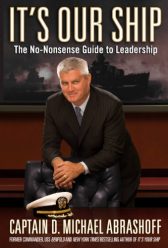 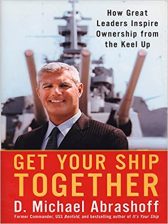 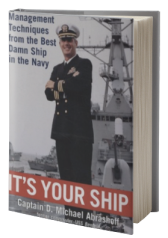