Hood Feminism: The Feminism White Women Forgot – and How To Find It

Our Town: Creating a System That Takes Care of the People

There is No Wrong Way to Fight For Your Life: Contemporary Racial Justice

The Narrowest Road: COVID-19, Radical Empathy, and a New World

The Thick Blue Line: Envisioning A World Without Police

The Internet Experience of Speaking Out

A Community Garden: Tending, Not Landscaping, Our Neighborhoods

Hot Sauce in Her Bag: The Culture, Identity, and Politics of Food

Mikki Kendall is a writer, diversity consultant, and occasional feminist who talks a lot about intersectionality, policing, gender, sexual assault, and other current events. Her essays can be found at TIME, the New York Times, The Guardian, the Washington Post, Ebony, Essence, Salon, The Boston Globe, NBC, Bustle, Islamic Monthly, and a host of other sites. Her media appearances include BBC, NPR, the Daily Show, PBS, Good Morning America, MSNBC, Al Jazeera, WVON, WBEZ, and Showtime. She has discussed race, feminism, education, food politics, police violence, tech, and pop culture at institutions and universities across the country.

She is the author of AMAZONS, ABOLITIONISTS, AND ACTIVISTS (illustrated by A. D’Amico), and of HOOD FEMINISM, both from Penguin Random House.

Below is a select list of some of the many organizations at which Mikki has spoken:

“Mikki did an AMAZING job representing the issues and I believe as a result people will learn about food injustice, but more importantly change their attitudes and behavior!”

“Mikki…..You are amazing — such a good interview.  Inspiring, motivating, thought-provoking and warm.  All of those things. Thanks very much for your time.” 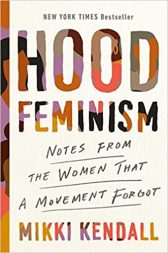 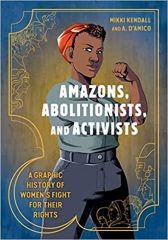