Nelson Dellis is a 4x USA Memory Champion and one of the leading memory experts in the world, traveling around the world as a competitive Memory Athlete, Memory Consultant, Published Author and highly sought-after Keynote Speaker. As a Memory Champion, Mountaineer, and Alzheimer’s Disease Activist, he preaches a lifestyle that combines fitness, both mental and physical, with proper diet and social involvement.

Born with an average memory, Nelson was inspired by the passing of his grandmother from Alzheimer’s disease in 2009 to start training his memory so that he could keep his mind strong and healthy throughout his lifespan. In a short period of time, he transformed into one of the leading competitive memorizers in the world, claiming four U.S. titles along the way, the elite Grandmaster of Memory title, as well as a number of U.S. memory records for:

Nelson is the Founder & CEO of Climb For Memory, a non-profit charity that aims to raise awareness and funds for Alzheimer’s disease research through mountain climbs all around the world. Nelson has climbed numerous peaks around the world for this cause, including three times on Mt. Everest.

He is the author of Remember It! The Names of People You Meet, All of Your Passwords, Where You Left Your Keys, and Everything Else You Tend to Forget (released in 2018) by Abrams Books. He is also the author of the kids memory book: Memory Superpowers! An Adventurous Guide to Remembering What You Don’t Want to Forget (Summer 2020). 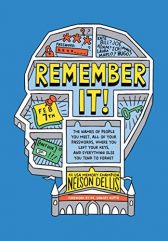 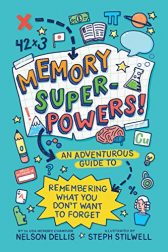