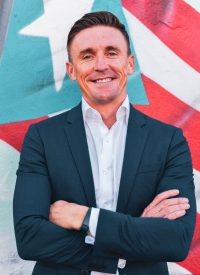 The Domino Effect: The Simplest Way to Inspire Change

Think of it as the Domino Effect for non-leaders – a bottom-up Domino Effect.  Nick expands on the new science of inspiration and how it can help people anywhere in an organization–even those with no formal authority, little budget, and limited time to inspire a domino effect of change.  By sharing relevant stories, Nick will reveal a surprisingly simple framework that everyone can use.

The Domino Effect for Leaders: The simplest way for leaders to get their teams and organizations to adapt to changes faster and more effectively

Of course you know you can change. But can you inspire your team and your organization to change fast enough to meet the new demands on them?  Actually, yes, you can.  In fact, it’s much simpler than most leaders realize. You don’t need charismatic personalities, fist-pounding speeches, or lofty visions. Blending fascinating discoveries in psychology with the hands-on experiences of real managers, Tasler reveals a surprisingly simple framework that everyone from CEOs and project managers to shift supervisors and volunteer coordinators have used to align teams and achieve new goals quicker than ever before.

Ricochet: What to Do When Change Happens To You

When change happens, science shows that a remarkably consistent 1 in 3 people will find inspiration where other people find only enslavement. What is their secret, and how can everyone else do the same?

In this riveting talk, best-selling author, thinker, and organizational psychologist, Nick Tasler unravels the mystery of what the most adaptive people do differently…and why most of us aren’t already doing it. All human beings are wired to adapt, but sometimes we get our wires crossed. By blending cutting edge social science with personal experience and fascinating stories of resilient teams and individuals, Nick illustrates how all of us can apply the surprisingly simple secrets of adaptation. Nick’s highly customized approach, dynamic style, and practical solutions address the burning issues specific to each audience before exciting and inspiring them to sharpen their focus; break free from their fear; and unlock the creative insights that will shape their legacies.

How do big plans transform into great results? One decision at a time. When the dust settles, the value of every meeting and conference is determined by the action its attendees take after they go home. In this unforgettable closing session keynote, Nick Tasler sends people home with a bang–fully prepared to transform big ideas into clear strategies, and inspired to make extraordinary results happen.

Decisions are the building blocks of your career, your team, and your company. Success results from stacking those blocks faster and more strategically than your competition. It really is that simple. That’s why 88% of managers who excel at two skills—strategic thinking and decisive action—are among the top 10% of highest-performing leaders across all industries and job levels. The Think Strategically & Act Decisively learning system builds fast-moving, high performing teams with a revolutionary new approach to aligning teams with the company’s strategic focus, and empowering them to confidently make all decisions—from strategic planning and employee management decisions down to daily customer and resource allocation decisions—faster and more strategically.

How do you stay ahead of a world that won’t stop changing? The answer is surprisingly simple: One decision at a time. Decisions are the most fundamental building blocks of change in our lives, our careers, our teams, and our societies. The faster and more strategically we stack those blocks, the faster and more successfully we see change and experience growth. In this dynamic talk Tasler blends the latest research in psychology with engaging stories that inspire you to become a decider who not only embraces change, but leads it. He then reveals a highly practical Know-Think-Do framework for deciding what to do and what NOT to do all day, every day in order to create the future you want to see.

Nick Tasler is an internationally acclaimed thought leader, organizational psychologist and the #1 best-selling author of four counter-intuitive books on the art and science of making decisions and leading change. He is also an expert writer for the Harvard Business Review, Quartz, and Bloomberg BusinessWeek, and his work has appeared in The New York Times, The Atlantic, Inc., U.S. News & World Report, Fox Business, and Forbes as well as on the BBC, NPR, NBC, ABC, CBS and more.

Nick’s original insights and dynamic style have made him a frequent guest lecturer at the Wharton School and a sought-after speaker at the world’s most respected organizations ranging from General Electric, Microsoft, Novo Nordisk, and Wells Fargo to the Royal Bank of Canada, UnitedHealth Group, Yale University, University of Notre Dame and many more. 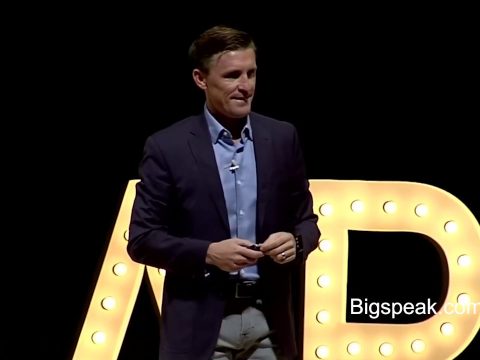 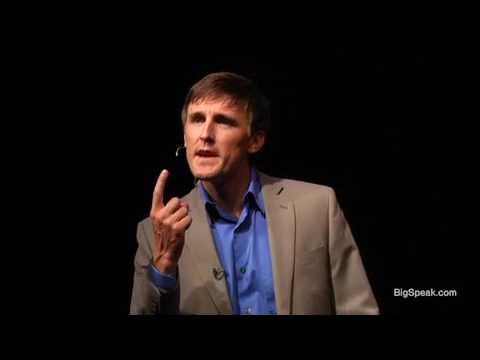 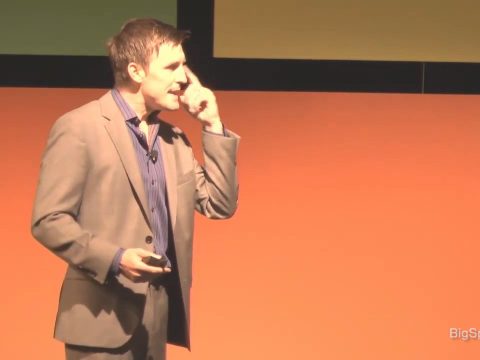 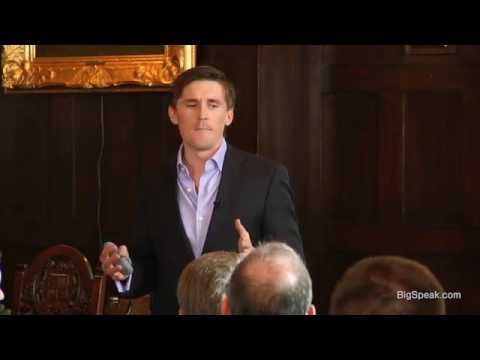 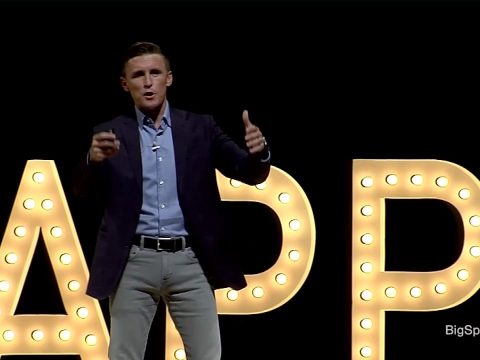 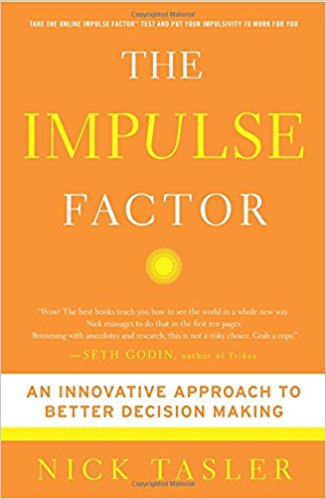 The Impulse Factor: An Innovative Approach to Better Decision Making 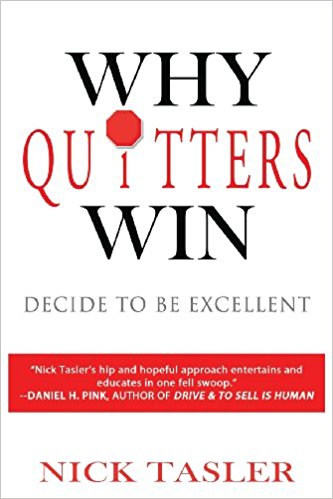 Why Quitters Win: Decide to be Excellent 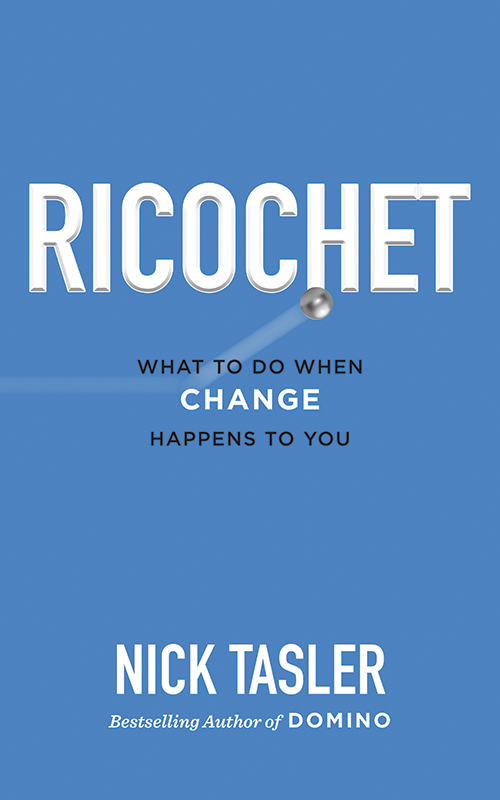 Ricochet: What to do when Change Happens to You 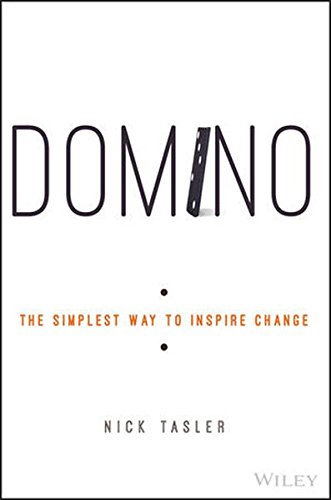 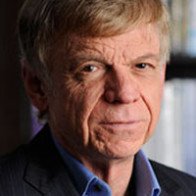 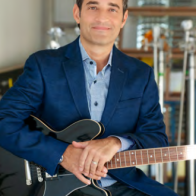