PENN JILLETTE is a top entertainment speaker and cultural phenomenon as a solo personality and as half of the world-famous Emmy Award-winning magic duo and Las Vegas headliners Penn & Teller.

PENN JILLETTE is a cultural phenomenon as a solo personality and as half of the world-famous Emmy Award-winning magic duo and Las Vegas headliners Penn & Teller.

Together since 1975, Penn & Teller’s live show spent years on Broadway and is now the longest-running headliner show in Las Vegas where it plays nightly at The Rio All-Suite Hotel & Casino. The pair has been awarded Las Vegas Magicians of the Year an amazing eights times.

His solo exposure is enormous: from Howard Stern to Wendy Williams, from Oprah to Colbert, to the Op-Ed pages of The New York Times, The Wall Street Journal, and the Los Angeles Times. He has appeared on The Celebrity Apprentice, Dancing with the Stars, The Tonight Show with Jimmy Fallon, Saturday Night Live, and hosted the NBC game show Identity. As part of Penn & Teller he has appeared on hundreds of shows, from The Simpsons and Friends to Billions and Scorpion. He recently co-wrote an episode of the Emmy-winning Netflix series Black Mirror.

He cohosted the controversial Showtime series Penn & Teller: Bullshit! which was nominated for thirteen Emmy Awards, won him a Writers Guild award and was the longest-running show in the history of the network. He currently co-hosts the CW Network hit competition series Penn & Teller: Fool Us! which was nominated for a 2017 Critics’ Choice award. The series returns for a seventh season in June of 2020.

His weekly podcast, Penn’s Sunday School, was the No. 1 downloaded podcast on iTunes during its debut week and was named by iTunes as Best New Comedy Podcast.

On the big screen, Penn produced the critically lauded 2005 documentary The Aristocrats, which features over 100 of the biggest names in comedy telling their versions of the dirtiest joke in history.  He produced Tim’s Vermeer, which follows the journey of an eccentric inventor determined to solve one of the art world’s oldest mysteries. The Sony Pictures Classis release was nominated for a BAFTA and was shortlisted for the 2014 Oscars. He has recently completed the documentary The Gambler’s Ballad profiling magic legend Johnny Thompson. It premiered on Showtime in early 2018.

As a philanthropist, his efforts have resulted in raising millions of dollars for Las Vegas-based charities AFAN (Aid for AIDS NV) and Opportunity Village. The annual “Penn & Teller’s 13 Bloody Days of Xmas” continues to be the most successful blood drive in the Las Vegas Valley, resulting in an average of 4000 pints donated every holiday season.

Penn & Teller have their very own star on the Hollywood Walk of Fame and triumphantly returned to Broadway recently with Penn & Teller On Broadway, which was the highest-grossing non-musical for the entirety of its run. 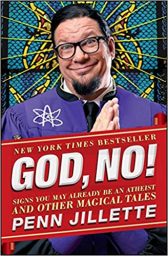 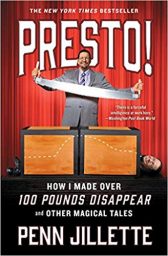