Professor, Chair of International Banking at the University of Southampton, and Director of Centre for Banking, Finance and Sustainable Development

Do we need central banks? Monetary reform, Cybercurrencies and the new monetary order

The future has arrived: The cashless society and the revolution of the monetary system – Implications for investors

About Keynote Speaker Richard A Werner

Professor Richard A. Werner, D.Phil. (Oxon), B.Sc. (Economics, LSE) is Chair of International Banking at the University of Southampton, UK and Director of its Center for Banking, Finance and Sustainable Development. He is currently also visiting Professor of Monetary Economics at Goethe University, Frankfurt. He is also CIO and fund manager at Providence Asset Management Ltd., UK, managing global macro funds, and works as adviser and consultant to investors and governments via his Tokyo-based Profit Research Center Ltd., known for its monthly Global Liquidity Watch report.

Richard has two decades of experience in the financial sector, including as chief economist at Jardine Fleming Securities (Asia) Ltd., Senior Managing Director and Senior Portfolio Manager at Bear Stearns Asset Management Ltd., as senior consultant or visiting researcher at the Asian Development Bank, the Japanese Ministry of Finance, the Bank of Japan, the Japan Development Bank and the Nomura Research Institute. For three years, Richard served as member of the asset allocation board of a US$6.5bn Japanese corporate pension fund.

In 1991, Richard warned of a banking crisis and major slump in Japan. In 1994, he coined the concept of “quantitative easing”. His book Princes of the Yen (2001), on the role of central banks in financial crises, was a No. 1 bestseller in Japan. In his book New Paradigm in Macroeconomics (2005), he warned about the dangers of the “recurring banking crises”, including the looming financial collapse in the UK, and detailed a needed policy response. Richard has been voted one of the top economists by investor surveys and is sought as a commentator by the media. He has given numerous television interviews in half a dozen countries, including on BBC, CNBC, ITV, ZDF, Bloomberg and Reuters TV, etc. He is frequently sought as a keynote speaker in many countries. The World Economic Forum, Davos, selected him as “Global Leader for Tomorrow” in 2003. 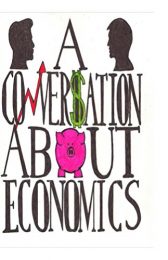