Teamwork in the New Millennium

Serving Your Customers in the 21st Century

Heisman Trophy winner, Super Bowl MVP and Pro Football of Famer, Roger Staubach generated excitement every time he took a snap from center. His uncanny ability to lead the Dallas Cowboys to come-from-behind victories engineered no less than 23 fourth quarter comebacks. After serving his four years in the Navy, Roger played his entire 11 years of professional football with the Dallas Cowboys, leading the team to 4 Super Bowls and achieving victories in Super Bowls VI and XII.

Staubach has carried over the same winning attitude and traits from his successful football career into his business career. In 1977, Roger entered the commercial real estate industry, forming The Staubach Company. Over the years, TSC grew to 1,600 employees serving 3,000+ clients from 70 North American offices.  In July 2008, The Staubach Company merged with Jones Lang LaSalle. Roger served as the Executive Chairman of Jones Lang LaSalle Americas from 2008 until his recent retirement in June 2018. He and his wife Marianne participate in many community and charitable activities. 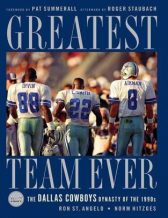