Sunil Gupta is a top business keynote speaker, Harvard Business School Professor, and the award-winning author of Managing Customers as Investments. Sunil advises and speaks to companies around the world, including American Express, IBM, Heineken, MasterCard, and Vodafone. His talks focus on digital technology and its impact on consumer behavior and firm strategy.

The fact that digital technology disrupts existing businesses is no longer news. We have seen and heard many case studies of incumbents struggling in the digital age as new and nimble players emerge with innovative business models. How should large established companies ...

The fact that digital technology disrupts existing businesses is no longer news. We have seen and heard many case studies of incumbents struggling in the digital age as new and nimble players emerge with innovative business models. How should large established companies respond to these changes and how should they transform their businesses in this dynamic environment? My research addresses this fundamental question to help large established companies transform their businesses for the digital era.

Sunil Gupta is the Edward W. Carter Professor of Business Administration and Chair of the General Management Program at Harvard Business School. He is also the co-chair of the executive program on Driving Digital Strategy. In the recent past, he has taught an elective course on Digital Marketing Strategy to MBA students and Advanced Management Program to senior managers. From 2008-2013, he served as the Head of the Marketing Unit.

Sunil’s current research is in the area of digital technology and its impact on consumer behavior and firm strategy. His previous research focused on customer management, pricing, and return on marketing investment. He has published two books and over 80 articles, book chapters, cases and notes on these topics. His research has been well recognized in national and international circles and his articles have won several awards including the 1993, 2002, and 2009 O’Dell Award and the 1998 and 2005 Paul Green Award of the Journal of Marketing Research for the most significant contribution in the field of marketing; the 1998, 2000, and 2003 Marketing Science Institute award for the best paper; the 2004 best paper award for the Journal of Interactive Marketing and the 1999 best paper award for the International Journal of Research in Marketing. Sunil is co-author of two books. His last book, Managing Customers as Investments, was selected as the 2006 winner of the annual Berry-AMA book prize for the best book in marketing.

Sunil has written several case studies to understand the impact of digital technology on business practices. These cases include startups such as Angry Birds, Eko, Groupon, Hulu, and PatientsLikeMe; well-established digital companies such as Amazon, TripAdvisor and YouTube; as well as legacy companies that are trying to go through a digital transition – examples include Adobe, Bank of America, BBVA Compass Bank, and the New York Times.

As a business expert, Sunil has frequently appeared on several national and international television programs, such as CBS, CNN, NPR and BBC, and has been quoted in Forbes, The Fast Company, The New York Times and The Washington Post.

Prior to joining Harvard, Sunil was the Meyer Feldberg Professor of Business at Columbia Business School and Assistant Professor at UCLA. In 1996, Sunil spent his sabbatical with McKinsey & Co. 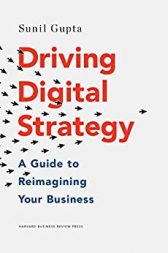 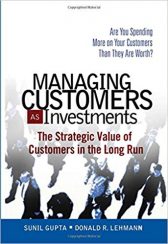