United States Air Force Colonel (ret.) Terry Virts is a veteran of two spaceflights, a two-week mission onboard the Space Shuttle Endeavour in 2010 and a 200-day flight in the Space Station in 2014/2015. His seven months in space included three spacewalks, piloting the Space Shuttle, performing scientific experiments, and working closely with multiple international partners, including Russian Space Agency cosmonauts during some of the most stressful U.S.-Russian relations since the Cold War.

• Dynamic speaker with amazing tales and stunning visuals from his time in space
• Seasoned fighter pilot and test pilot of over 40 different types of aircraft. Col. US Air Force (Ret.)
• Over 200 Days in space at the International Space Station (ISS)
• Virts had one of the most demanding jobs in the world. One of only 4 astronauts ever to pilot the NASA space shuttle, fly on the Russian Soyuz spacecraft, Commander of the International Space Station and perform space walks
• An avid and artistic photographer with more photos than any other astronaut from space
• One of the first feature film videographer astronauts in space for the IMAX movie “A Beautiful Planet”
• Of NASA Astronauts he has the 3rd most days continuously in space

In July 2019, Virts and crew made history by beating the world record for any aircraft flying over the North and South poles. The mission named, One More Orbit, had a record flight time of 46 hours, 39 minutes and 38 seconds. One More Orbit broke both the FAI and GUINNESS WORLD RECORDS title simultaneously in its mission, which began at 09:32 EDT on July 9, 2019 from the NASA Shuttle Landing Facility at the Kennedy Space Centre, Florida. The flight, using a Gulfstream G650ER aircraft registered A7-CGD, callsign One More Orbit, beat the previous record (from 2008) by 5 hours and 52 minutes.

He is currently in post-production for a documentary about the One More Orbit mission, where he will be making his directorial debut, a television project, and his next book.

While in space Virts captured more than 300,000 still images, more than on any other space mission. He also performed an integral role by filming and appearing in the IMAX film “A Beautiful Planet,” narrated by Jennifer Lawrence.

However, Virt’s interests go well beyond space. His book, “View From Above,” is a National Geographic work that combines some of his best photographs from space with stories that share the experience of spaceflight, perspectives on life on earth and our place in the cosmos. His passion as a photographer shines through. His work has been praised by readers, fellow authors and photographers.

His desire is to have a global impact on people, through film, television, writing and speaking. Virts storytelling combines the awesome experiences of launch, flight, spacewalks and landing with the sublime views and surprising perspectives he gained about Earth’s environment and global wealth patterns. His speaking topics include risk and crisis management, the importance of strategy and vision, innovation and intercultural leadership. Virts speaks French and Russian and has lived and worked extensively abroad, bringing a unique and powerful perspective on today’s global environment.

Virts’ background as an F-16 pilot, test pilot and astronaut gives him tremendous insight into operations and safety. His lessons learned in aviation, combined with his personal stories from NASA’s Columbia accident and Shuttle risk management, are applicable to any industry. His

education at the U.S. Air Force Academy, as an applied mathematics major and French minor, as well as Embry Riddle and Harvard Business School gives him a broad background.

He has not stood still since returning to Earth. Virts’ recent projects have included writing, co-hosting National Geographic’s coverage of the 2017 eclipse, using his drone and cinematography skills to film great white sharks off the coast of Mexico, visiting and filming Antarctica and the South Pole, promoting public policy and speaking extensively throughout Asia and Europe. He routinely provides advice and mentorship to companies in multiple industries through various board roles. 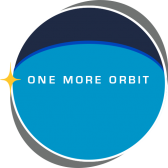 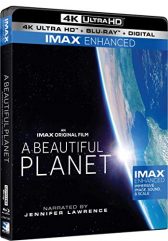 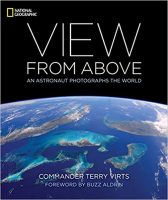