Thomas C. Murray is a top innovation keynote speaker, author, and the Director of Innovation for Future Ready Schools®. He has testified before the United States Congress and has worked alongside that body, the US Senate, the White House, the US Department of Education, and state departments of education, corporations, and school districts throughout the country to implement student-centered learning.

Tom serves as the Director of Innovation for Future Ready Schools®, a project of the Alliance for Excellent Education, located in Washington, D.C. He has testified before the United States Congress and has worked alongside that body, the US Senate, the White House, the US Department of Education and state departments of education, corporations, and school districts throughout the country to implement student-centered learning while helping to lead Future Ready Schools® and Digital Learning Day. An ASCD best-selling author, Murray serves as a regular conference keynote, was named the “2018 National/Global EdTech Leader of the Year,” by EdTech Digest, the “2017 Education Thought Leader of the Year,” one of “20 to Watch” by NSBA in 2016, and the “Education Policy Person of the Year” by the Academy of Arts and Sciences in 2015. His best-selling book, Learning Transformed: 8 Keys to Designing Tomorrow’s Schools, Today, co-authored with Eric Sheninger and published by ASCD, was released in June 2017. His most recent book, Personal & Authentic: Designing Learning Experiences that Impact a Lifetime, was released in October of 2019.

Prior to moving to his role in Washington, D.C., Murray served as an elementary teacher, middle school teacher, middle school principal, elementary principal, and at the district level in Bucks County, Pennsylvania. He is most passionate about creating cultures of innovation where teachers are empowered to create the types of learning experiences today’s modern learners need to thrive.

In addition to his role at Future Ready Schools®, Murray works directly with school and district leaders for administrative retreats, opening convocations, and professional learning days. He’s the husband of a school counselor and dad of two children, all of which are far more important to him than anything shared above.

As an author, Murray has released or been a part of four books, with a fifth book being released this fall: 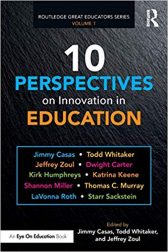 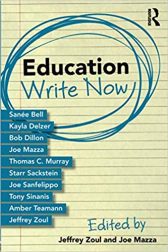 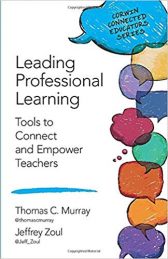 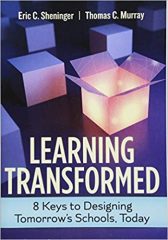 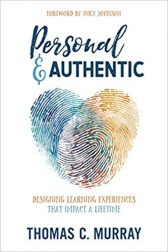