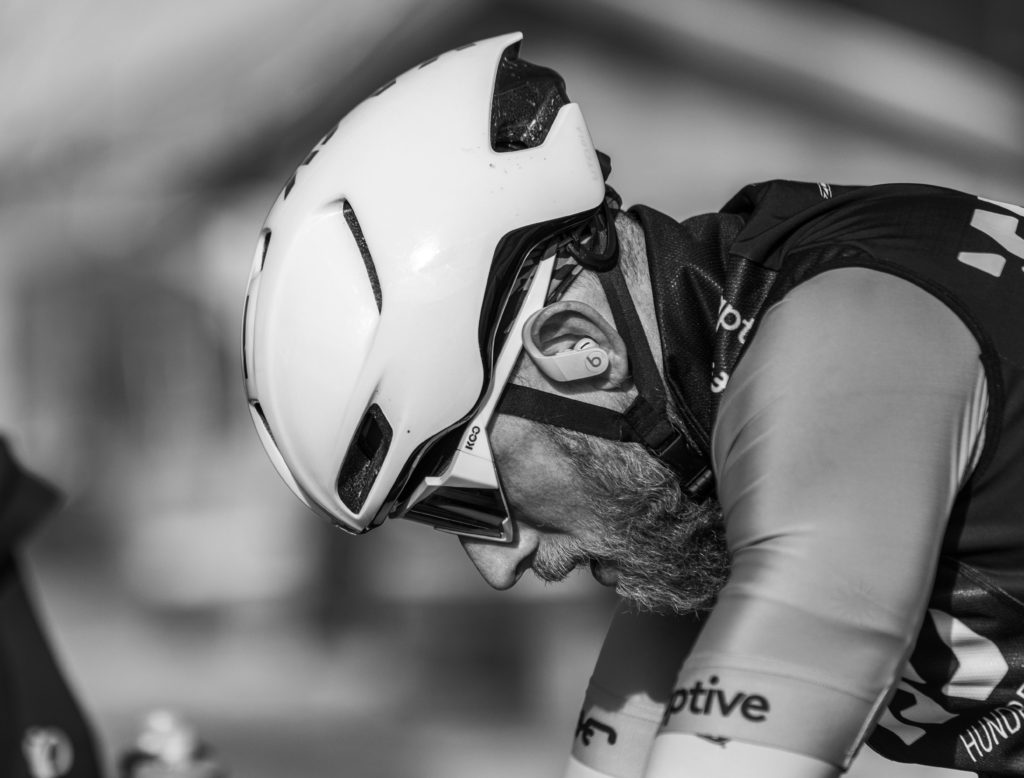 As if 100 wasn’t enough, James shocked everyone and went the extra (140.6) mile(s), taking his Conquer 100 challenge to Conquer 101 by running another triathlon today.

To put the proceeds towards a good cause, James’ team partnered with Operation Underground Railroad to raise awareness and thousands of dollars in the efforts against human trafficking.

James Lawrence is an endurance world record holder, triathlete, top motivational speaker, and subject of the documentary The Iron Cowboy: The Story of the 50.50.50. Known to the world as The Iron Cowboy for wearing a cowboy hat during Ironman races, James previously completed the greatest feat of human endurance: 50 full distance triathlons, in 50 states, in 50 consecutive days (50.50.50). The Conquer 100 was a way for James to challenge himself even further.

In the gap between the 50.50.50 and the Conquer 100, James rode his mountain bike to the top of Mount Kilimanjaro, ran 235 miles across Greece, competed in Xtreme Triathlons around the world, and raced the Xtri World Championship in Norway. He also competed in the T.V. World Premiere of The World’s Toughest Race – a ten-day adventure race through the back jungles of Fiji, and The Uberman.

With the accomplishments that James has achieved, it would be easy to assume that he is a superhuman species. Yet, he contests the idea that he was ‘born a triathlete’ or that he is ‘gifted.’ Instead, James says his secret to success is “doing a lot of little things consistently over a long period of time,” practice makes perfect. Not only that, but James puts emphasis on the fact that the body is only one component of being a successful athlete, the other component is the mind.

Mental toughness is a subject that James speaks on passionately— He will teach your audience to ‘go all in,’ embrace their individuality, put their mind over matter, prioritize, and believe in their own journeys to ultimately redefine impossible.

Interested in booking James Lawrence or one of our other motivational speakers? Please contact info@bigspeak to inquire.