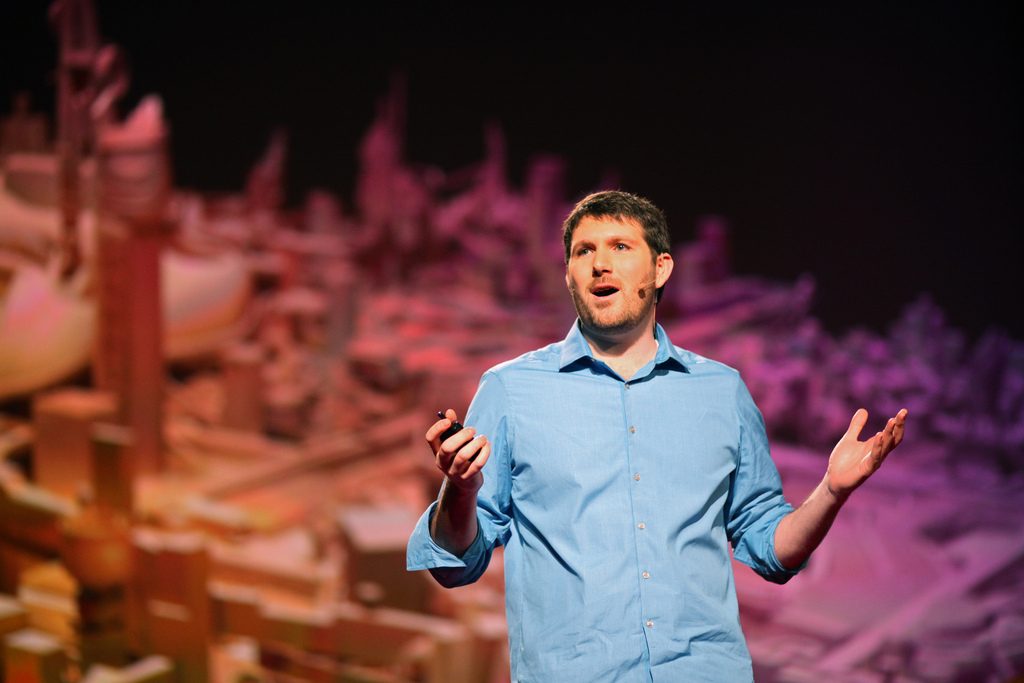 What Viral TED Talks Can Teach Us About Presenting

Learn how these seven speakers captivated their audiences and gave the most popular TED Talks of all time.

Why do some TED Talks rack up millions of views, while others are forgotten? Is it the celebrity of the speaker? Although plenty of celebrities (from Bill Gates to Bono) have contributed talks over the years, very few have made it into the unofficial TED Hall of Fame. So what makes a truly unforgettable TED Talk? To answer this question, we analyzed the seven most popular talks of all time, and what each speaker did to make their speech memorable.

In his renowned talk, which has racked up over 38 million views to date, Sir Ken Robinson tackles the controversial topic of education. The subject itself is enough to garner the audience’s interest. After all, the Western educational system is a time-honored tradition, but according to Robinson, it’s one we need to completely rethink. Working in tandem with Robinson’s contentious opinion is his wonderful sense of humor, which turns the talk from remarkable to legendary.

2. Amy Cuddy, “Your Body Language Shapes Who You Are”

Not only is social psychologist Amy Cuddy a colloquial and engaging speaker, she chose a subject that is central to everyone’s day-to-day life. While discussing power posing (and striking a power pose herself), Cuddy addresses her audience directly, asking how many of them are slouching at the beginning of her talk. By engaging her audience, she not only piques their interest, but emphasizes that the advice she imparts easily applies to their lives outside the auditorium.

As Simon Sinek reminds us in his popular TED Talk, a great leader starts by expressing the “why” rather than the “what.” Not coincidentally, this is the same tactic Sinek uses in his presentation. Rather than beginning with what he wants to talk about, he begins by stating why his topic is important. From the very first moment of his talk, his audience becomes invested in what he’s saying, not just because the “what” is interesting, but because he gave them a reason to feel personally invested in the outcome.

4. Brené Brown, “The Power of Vulnerability”

In a poignant lecture on her research into feelings of vulnerability, Brené Brown opens herself up and allows her audience to connect with her on a personal level, thereby inviting them to connect with her research. A self-described researcher/storyteller, Brown imparts her knowledge through anecdotes that are simultaneously funny and intimate, keeping the audience interested and invested not only in the speech, but in her journey.

While it’s easy to chalk this success to subject matter (the shocking title alone draws viewers), we cannot discount how Mary Roach’s confident, conversational delivery makes this video memorable. Speaking slowly and clearly, making constant eye contact with her audience, and moving around the stage just enough to remain dynamic, Roach’s charming delivery rescues this talk from raunchy voyeurism and makes it into a speech worthy of TED Talk fame.

Marrying scientific jargon with personal revelation, Jill Bolte Taylor’s talk was as powerful as it was informative. By mixing her own personal experience with technical examples (bringing out a human brain on stage, for instance), Taylor was able to effectively describe her research while engaging her audience with a highly emotional story. Her crystal-clear delivery didn’t hurt either. Having practiced her speech 200 times before stepping on stage, Taylor knew every moment of her speech down to the tiniest detail.

As one of the most famous motivational speakers in the world, it’s no surprise that Tony Robbins delivered one of the most noteable TED Talks of all-time. Discussing the “invisible force” that he says drives each and every one of us, Robbins’ dynamic delivery keeps the entire audience on the edge of their seats. He’s not delivering a speech for just any audience: he’s delivering a speech for this one specifically. Standing at the edge of the stage, speaking directly to his listeners (and therefore, directly to the camera), Robbins succeeds in engaging his listeners on such a profound level that they can’t help but feel that his speech is meant for their ears only.

While each of these TED talks is striking and unique, they certainly share particular qualities: engaging and universal subject matter, humor, personal engagement, and confident delivery being just a few. Regardless of whether you’ll be giving a TED Talk in the future, these components are a recipe for success in any presentation, no matter the context.

This article originally appeared on Business2Community