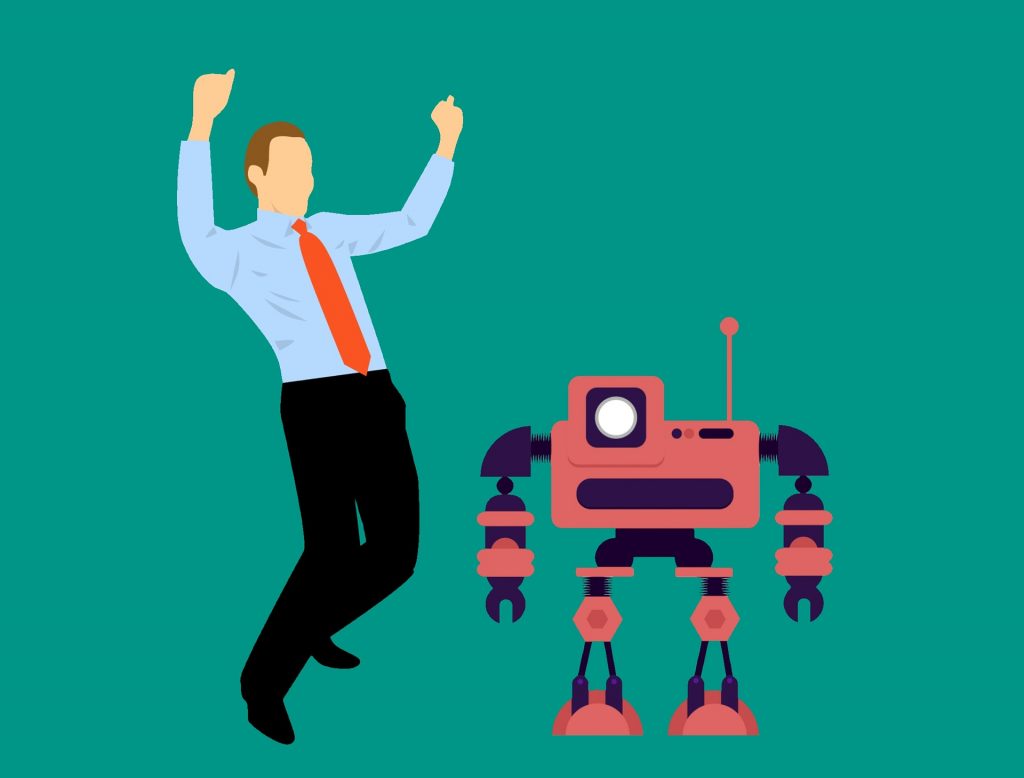 Welcome to the second machine age. Say hello to insta-holograms with your favorite droid and say goodbye to factory work and writing boring reports—we have an algorithm for that!

The first machine age infinitely increased our strength and mobility. With fuel powered machines, we could lift more and move faster than we ever had before.

We are now in the second machine age, which is overcoming the limitations of our brains and infinitely increasing our knowledge power.

Machines are not just beating us at games like Chess and Jeopardy, they are demonstrating skills they’ve never had before—understanding, speaking, hearing, seeing, writing…and they’re still acquiring new skills. Machines can translate languages, drive cars, help us find the best route through traffic, and respond to our voice queries.

According to technology optimist Andrew McAfee, this new machine age will create a fantastic world that is only limited by our lack of imagination. Instead of a dystopian future where machines destroy our lives (hello West World, Terminator, etc.), machines will free us from the chains of the industrial revolution, where we’re tethered to machines in long, death-march assembly lines.

How the second machine age will improve our lives

First, with machines creating our products, both output and quality will go up while prices will come down. The result is an economy of abundance, which is exactly what you want.

Second, with machines doing the drudge tasks and completing our rote work, people who used to be craftsmen and hobbyists will now be makers and innovators; knowledge workers will be free to think, innovate, and take on new challenges.

Third, instead of a digital divide of haves and have-nots—those who experience the benefits of technology while the poor watch from the outside–technology will be so cheap and pervasive that it will instead create a digital provide, where all people will benefit.

In fact, the digital provide is already here. In a study by economist Robert Jensen, he showed the digital renaissance is already happening to fishing villages in India with the introduction of cell phones. In the villages he studied, production went up and waste was eliminated when fishermen and women were better able to communicate and share information with each other and their buyers.

This is not to say there won’t be disruption along the way. There will be. But the end result of the second machine is a better world for all of us, one that will go way beyond what we can even imagine today.

Kyle Crocco is the Content Marketing Coordinator for BigSpeak, has an unframed Ph.D. in Education from UCSB on his bookshelf, and is featured in the Duh Professors video So Sexy.