Top Technology Speaker, Futurist, Author, and one of the Most Influential People in IT.

Andrew McAfee is the cofounder and co-director of the MIT Initiative on the Digital Economy at the MIT Sloan School of Management, as well as being a top expert on how technological advances are changing the business and economic world. As a result of his work, McAfee has been named to both the Thinkers 50 list of the world’s top management thinkers and to the Politico 50 group of people transforming American politics.

Andrew McAfee studies the ways that information technology (IT) affects businesses, business as a whole, and the larger society. His research investigates how IT changes the way companies perform, organize themselves and compete. At a higher level, his work also investigates how computerization affects competition, society, the economy and the workforce.

Andrew McAfee’s robot economy keynote is a fascinating discussion about the future role of humans and robots in the ...

Andrew McAfee’s robot economy keynote is a fascinating discussion about the future role of humans and robots in the economy and labor market. He predicts that there will be more jobs for machines, not people. From multi-language translation services to algorithms, modern digital technologies are already affecting people’s abilities to earn a living. Digital tools are displaying skills they never have before, and as a result, are starting to replace humans. Programs like Siri for the iPhone are not perfect, but they are good enough to be replacing humans.

McAfee points out though that robots cannot replace humans in the entrepreneurial sense, and that people need to be investing more time in these types of endeavors. He also argues that the transition from a human labor market to one sustained by robots will be the hardest one society will ever experience and managing that will require the complexities of a human brain.

Andrew McAfee is the Co-Founder and Co-Director of the MIT Initiative on the Digital Economy and a Principal Research Scientist at the MIT Sloan School of Management. He studies how computer technologies are changing business, the economy, and society. His 2014 book on these topics, The Second Machine Age: Work, Progress, and Prosperity in a Time of Brilliant Technologies, co-authored with Erik Brynjolfsson, has won several prestigious awards and has been both a New York Times and Wall Street Journal top-ten bestseller. He is also the author of the 2009 book Enterprise 2.0: New Collaborative Tools for Your Organization’s Toughest Challenges. Andrew’s newest book, Machine, Platform, Crowd: Harnessing our Digital Future, published June 2017, offers an executive’s guide to succeeding during this turbulent era when technologies are hurtling forward at such a startling pace.

Andrew has been named to both the Thinkers 50 list of the world’s top management thinkers and to the Politico 50 group of people transforming American politics.  He writes popular blogs, academic papers, and articles for publications including Harvard Business Review, The Economist, The Wall St. Journal, and The New York Times. He has talked about his work on CNN and 60 Minutes, at the World Economic Forum, TED and the Aspen Ideas Festival, with Tom Friedman, Charlie Rose, and Fareed Zakaria, and in front of innumerable global and domestic audiences. Andy was educated at Harvard and MIT. He lives in Cambridge, watches too much Red Sox baseball, doesn’t ride his motorcycle enough, and starts his weekends with the NYT Saturday crossword. 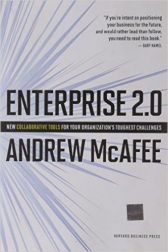 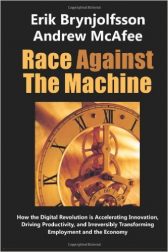 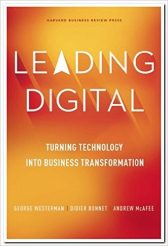 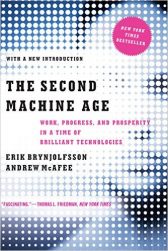 Welcome to the second machine age. Say hello to insta-holograms with your favorite droid and say goodbye to factory work...