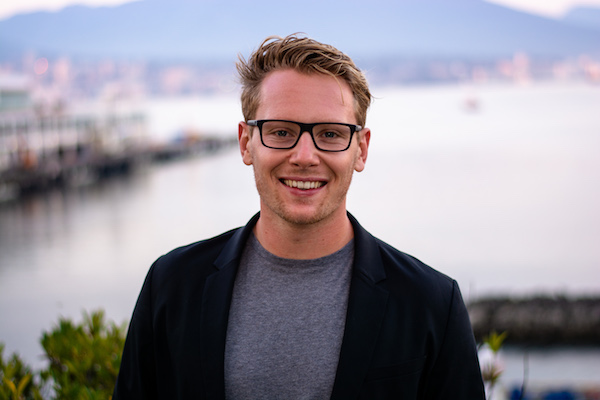 Every Story We Tell Ourselves About Work Is Wrong. Here’s How to Change the Narrative

When Eric Termuende started looking for work, he was overwhelmed by the lack of interest from the business community. Despite being Vice President of the University of Calgary’s Students’ Union, serving as Class Ambassador for his graduating class, and having a Bachelors in Commerce in Business Process Management, only one company wanted so much as an interview with him. They were simply…not…interested.

But it wasn’t just Termuende who was having a problem with work. His peers were landing jobs but quickly realizing the job wasn’t for them. Top companies would hire these new recruits, train them for months, give them all the skills they needed to succeed in the workplace, and then they would quit.

This situation wasn’t just bad for workers but also for companies. After investing time and money in new candidates, companies would have nothing to show for the effort and have to start the hiring process again.

Termuende knew something was wrong with the hiring process—good quality candidates weren’t being hired, and those who were hired were leaving jobs after being trained. Something needed to be fixed.

The story we tell about work isn’t working

Termuende decided to investigate the issue. Instead of continuing his fruitless job search, he co-founded his own work consulting company (which has lead to NoW Innovations), to help workers and companies understand each other, tell a better story, and improve the experience at work.

After consulting with companies and interviewing workers and human resource personnel, Termuende saw there was a disconnect. Companies were telling one story about work at their company in the recruiting process and workers were finding a different story when they began their jobs.

One of the problems Termuende saw was companies were only offering applicants a limited view of a job’s duties. For example, if a company posted a job listing for an accountant, the skills and qualifications for the position would be remarkably similar across companies and industries. However, the real story of the job for an accountant in a startup versus a nonprofit versus a Fortune 500 company would be vastly different. One company might have more family-friendly policies and a pleasant company culture of recognition whereas another company might have high pay, isolation, and anonymity. Same job listing, two vastly different stories.

Furthermore, job advertisements did not take in account the holistic story of work. Before the invasive technology of today, work had been compartmentalized. Our workday began at 8 and ended at 5. When we went home, our home life started. With text, emails, notifications, and updates, our work and home life now bleed into each other. This reality—the expectations of being available outside of work hours—was never accounted for in the job description.

How to change the work narrative

After doing hundreds of interviews, the basis of his bestselling book Rethink Work, Termuende discovered that people’s psychological needs were not being addressed. Loosely based on Maslow’s hierarchy, Termuende saw part of the problem was a lack of community and a lack of a sense of belonging in the workplace. While diversity and inclusion were important for our work cultures, he saw a pressing need for more connection and trust at work.

To create this connection, Termuende suggests companies do two things. First, they need to tell a better story of their environment and expectations. Job descriptions should include the reality of the workplace, its culture, and its mission. Termuende points out when companies keep putting out the same ads, as with accountants, they will end up with the same problem of hiring workers who don’t fit the culture or conversely, workers whose needs are not met by the position.

Second, companies need to optimize their workplace to create the connection and trust employees are looking for. Termuende works with companies to improve their mission statements, to clarify work policies, and better design their work environment. For example, he helps clarify work policies for when people are expected to be on and off work so people can better understand the work-life balance.

He also suggests creating work environments that encourage collaboration and interaction rather than isolation. Not necessarily open office environments, but finding the right mix of privacy and collaboration spaces so people can be part of the community and also concentrate enough to get their work done.

In the end, Termuende says, the story of work comes down to basic human needs. Once employees feel more connected, they will feel a sense of belonging, be more engaged, and stay with their company longer. But this will only happen when companies change the story they are telling about work.