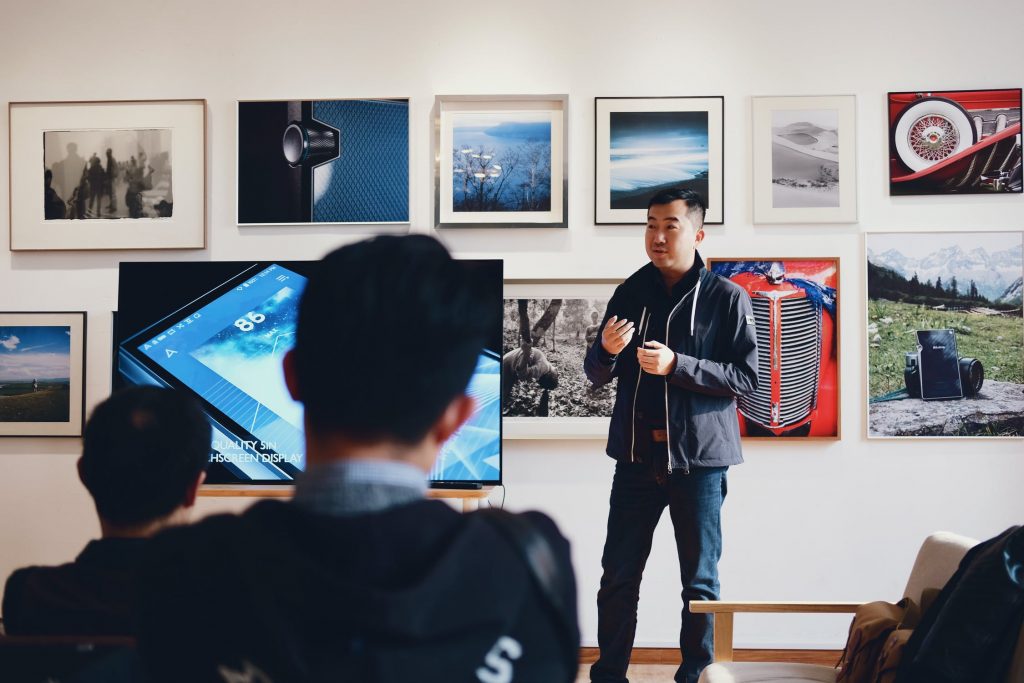 Do you have a great story to share that can motivate audiences? Do you feel you could inspire people to better lives if only you could reach a larger audience? If you’re thinking of becoming a motivational keynote speaker, the road to reaching a wider audience is a varied one. The trick for many was to start small and to build an audience. Here’s how some of the top professional motivational keynote speakers in the business got started.

Before Molly Bloom became the subject of the Oscar-nominated film Molly’s Game, she was trying to qualify for the Olympic ski team. A freak accident during her last qualifying round left her on her back and off the team. After relocating to Los Angeles, she was working as a waitress when a real estate entrepreneur hired her to help run his underground poker game for celebrities. With no background in business, Molly turned that chance into a millionaire dollar entertainment business, which she eventually lost to the government. Having to rebuild her life yet again, she sold her story to Hollywood and has been inspiring audiences ever since with her story of reinventing herself after each setback.

Since he was young, Jia Jiang had a dream to be like Bill Gates and build a great company like Microsoft. When he quit his steady tech job to create his own app, his business idea failed to get funded. He was so devastated by the rejection that he decided to overcome his fear of rejection by starting a project called 100 Days of Rejection. For his project, he would attempt a new task each day to get rejected. Each attempt was blogged about and recorded for learning purposes. When one of his rejection experiences went viral, Jia Jiang came to the attention of the world. He was invited to give talks, eventually gave one of the most-watched Ted Talks of 2017, compiled his advice into a best-selling book Rejection Therapy, and became a full-time professional keynote speaker, teaching resilience.

Before Robyn Benincasa wowed business audiences with her inspiring message of teamwork, she was a member of a winning team. For years, Robyn split her time between being a San Diego firefighter and a member of an Adventure Racing team. Robyn went to the ends of the earth, competing in five-to-ten day, non-stop races in remote deserts, jungles, mountains, white water rapids, and oceans. After her team was included in a study on teamwork, she started writing and speaking on the topic of how teams worked well together. Eventually, she published a New York Times bestselling book How Winning Works and became an in-demand speaker on the motivational keynote circuit.

Marc Randolph was a tech guy in search of the next great idea when he thought: Why not rent DVDs through the mail? He and his co-founder called the little company Netflix. At the time, most people in the US didn’t have a DVD player and Blockbuster was the biggest name in movie rentals. Despite many obstacles, Marc helped build a name-brand company. After leaving Netflix, he decided to give back to others by speaking to colleges and his audiences got larger. Now he inspires entrepreneurs and businesses everywhere with his story of overcoming Blockbuster to create Netflix.

Before Vernice “Flygirl” Armour became a public motivational speaker, she was one of the first African-American combat pilots for the Marines, where she saved many American lives. After serving two tours in Iraq, Flygirl worked as a diversity liaison officer for the Pentagon. She gained valuable speaking experience doing outreach at schools during Black History and Women History Month. After speaking at a local event, one of the leaders was so impressed Flygirl was invited to a paid speaking gig. From there, she did smaller speaking events. Now she addresses huge auditoriums, inspiring audiences to face their fears and take on what is uncomfortable, showing people they have had the permission to engage.

Whether you’re looking to do an online conference, virtual keynote, online function, or Zoom meeting, motivational keynote speakers have the skills to deliver an exciting and motivational experience.