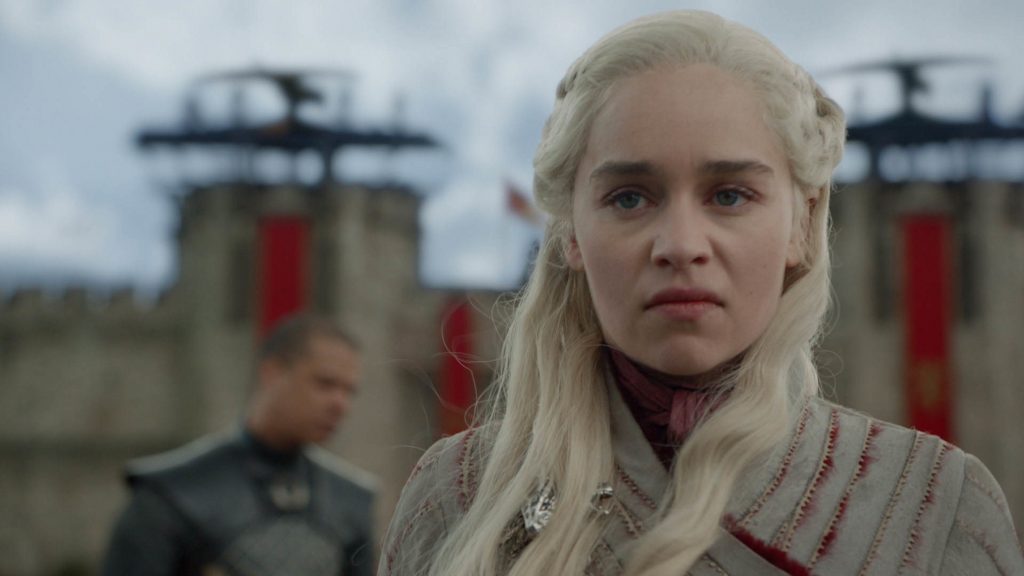 ***This article is full of spoilers, so figure out your priorities, catch up and get back to us***

Did you scream into a pillow last Sunday when Cersei wasn’t burned alive by dragon fire, but instead died somewhat peacefully in the arms of her lover-brother? Did you have a huge WTF moment whenDaenerys ignored the bells of surrender and instead replaced them with the cries of the innocents she vowed to protect? Do you feel like, at this point, you could’ve written a better final season of GoT?

We feel the same. So much so that we consulted former Pixar storyteller Matthew Luhn to figure out what exactly GoT got wrong. After years of helping create stories for Pixar that touched our hearts, like Toy Story, Up, Finding Nemo, Monsters Inc., and more, Luhn has storytelling down to a science. According to his tips for creating engaging and meaningful stories, we’ve pinpoint exactly how the writers of season 8 tragically messed up.

This last season has been rushed. The writers need to wrap things up and that means putting one hero on top. Up until last week there were two–Daenerys and Jon Snow–so one had to go. They did this by making Dany go crazy and fall to the villainy she had been fighting against all along.

But Dany has seen hardship before. She lost her husband and unborn child in Season 1, but instead of total mental collapse (like we are currently seeing) this drove her to further her cause as the “breaker of chains.”

In Season 8, we’ve seen Dany become extremely isolated through the death of her closest friends, Jorah and Missandei; the betrayal of her closest advisor, Lord Varys; and the truth bomb of that her love, Jon Snow, is now a rival for the throne.

However, this isn’t the first time she’s risen from nothing. She’s been completely alone before in Season 2 when her clan abandoned her after her husband’s death, but she birthed some dragons and created an army to spread peace. Throughout the entire show Dany thrives from conflict. She grows stronger and more driven from it—but always with her final goal of equality at heart. How has our greatest hope for peace, our “breaker of chains,” suddenly developed into the “Mad Queen” in a matter of a couple of episodes?

The character arc has been rushed to the point where it doesn’t feel believable. We’ve spent the last ten years watching Daenerys transform into the queen we believed was best fit to dethrone the inherently evil Lannisters. How are we expected to believe she loses all sense of purpose and all sanity because of the death of her friend and dragon? Remember when she lost her husband and unborn child? It a little hard to believe.

While this was the most glaring transformational faux-pas, we could say the same happened with Cersei, when she surrenders (which is almost unthinkable to begin with) and then runs; Arya, when she abruptly abandons her pursuit of revenge against the Lannisters that can be traced back to Season 1; and Jaime, when he completely turns on the character arc the writers had nurtured for ten years with his climaxing love for Brienne of Tarth, only to end up being “hateful.”

Every good story needs character transformation that mirrors real human emotions and growth to make a connection with the audience, and unfortunately, Season 8 of GoT has tarnished this.

Personal connections to the characters were severed

For the audience to care about the plot, they must be invested in the characters. We’ve obsessed over the show for almost a decade now because of this investment. With the forced transformation, we lose all connection to the characters. Everything we thought we knew about them and what defined them down to their cores was lost in the writers’ speedy attempts to finish off the series.

We don’t feel a connection to Dany because we don’t believe in her transformation. We also had high aspirations for Jamie, as we watched him transform into a noble man, only to see him turn his back on it all to crawl back to his twin, the mother of his children, and his biggest flaw.

There’s no strong hero to root for

Are you impressed with Jon Snow’s weak-willed approach to everything he does from battle, to the throne, or even doing the “right” thing? We sure aren’t. He and Arya are clearly the heroes we are supposed to root for at this point. Jon has been so passive and weak it’s hard to stand behind him.

He allowed Dany to slaughter thousands of innocents because…he loved her? We aren’t even really sure at this point. Upon learning the love of his life is actually his aunt, his love seems to fade and, quite frankly, he seems put off. Despite revoking his love, he pledges undying devotion to her as his queen. If Jon had an ounce of emotional intelligence, we could have avoided turning King’s Landing into a massive bonfire. Sacrificing tens of thousands for one hardly sounds like a real leader.

As far as Arya goes, her slaying of the Night King definitely gave her some credibility, but the vagueness around how she managed to do it disconnects the audience from the actual feat. It leaves us feeling like we’re being lied to and asked to just trust them on the fact she’s the hero.

Part of telling a great story is seeing the theme through to the end. Two of the biggest disappointments were Cersei’s not-totally-horrific death and Jaime’s apparent character regression that we’ve already covered. We wanted to see Cersei’s eyes pop out of her head King Joffrey-style or suffer a fate similar to the Viper in Season 4 (the only scene in 71 episodes that the team agrees can be skipped while re-bingeing).

On the other hand, we needed the writers to give Jaime a death that mattered…to someone other than his horrible sister.

Another massive letdown where a theme seemed to be abandoned was the defeat of the Night King. After years of fan theories and narratives created around who the Night King may be and what his true purpose is, the story is over in one (long, dark) battle scene. It turns out he’s just some random dead guy who’s dead and gone without a single line of dialogue. Big bummer.

The audience felt shorted, like they were promised big things and GoT just couldn’t deliver. Who knows, maybe the writers can manage to somehow salvage the season this coming Sunday, but at this point it doesn’t look hopeful.