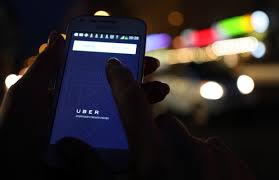 2017 has been a rocky year for Uber, starting in February when former Uber engineer Susan Fowler’s blog post, “Reflecting on a Very, Very Strange Year at Uber,” went viral.

In the article, Fowler reported an HR nightmare scenario in which her manager propositioned her for sex. After reporting the incident to the HR department, Susan was told that the manager would only be given a warning as this was his first offense, and was ultimately denied her request to transfer to a different team. Only later to have the very same manager threaten to fire her for reporting the incident to HR.

To add insult to Uber’s injury, not long after that, the New York Times published an expose about the company’s “aggressive and unrestrained workplace culture” which supported Fowler’s accusations and suggested that her’s was not an isolated event. In addition to validating claims of sexual harassment, the article also reported that leadership and employees did cocaine during a company retreat. CEO Travis Kalanick has been accused of viewing Human Resource’s sole function as recruiting and hiring.

Don’t just talk about an inclusive culture, actually build one

It’s so easy to talk about a culture of inclusion and diversity, but simply saying that your company promotes inclusion and diversity does not make it so. Implementing inclusiveness takes work. To actually build a culture around those principles takes constant awareness and continual work to educate leaders and employees. Accept the reality of the unconscious bias and support efforts by employees who find ways to celebrate and promote diversity and inclusion in a way that is true to your company.

Susan Fowler reported that the harassment came from her manager. Whether a company’s managers were managers at their previous jobs, or whether they have been promoted from within, all managers should go through a training process which makes clear exactly what is expected from them.

When Susan Fowler spoke out and sought help over the harassment she had been experiencing, her account was heard out but ultimately dismissed by the HR department who cited that her manager was a high performer and would be given only a warning as this was his first offense. Importantly management must prioritize transparency and an open dialog

It became apparent that certain top performers at Uber were immune from the reprimanding that their actions should have elicited.  It’s not worth sacrificing teamwork and a healthy work environment to appease a few so-called “brilliant jerks”.

This kind of incident is not just an HR or managerial problem. This is something that affects every employee at the company. A female employee still working at Uber took to her personal blog to point out, “Without a doubt, this is a bad situation, and Uber has a lot to clean up,” Lucido said. “But this was a problem last week, and no matter how much we shouted about it, no one was listening. As you’re sitting there, reading this post, thanking your lucky stars that your company isn’t like this, remember that the contents of Susan’s post were surprising specifically because Uber employees didn’t think that it was a problem.” “This is everyone’s problem,” she said. It comes down to a company culture problem.

To Uber’s credit, they have hired former attorney general Eric Holder to conduct an investigation into the sexual harassment allegations, and are opening an anonymous tip line for employees to voice their complaints. While we may never know the “full” story about what was happening inside Uber, this should serve as a cautionary tale for companies with similar attitudes towards HR who put revenue and recruiting above company culture.

Companies should regard their employees as assets to be nurtured, not replaceable resources. Similarly, HR departments should strive to be an ear that listens to employees concerns and a voice that advocates for them.

To help you avoid a similar tragic fate, bring HR speakers like Kim Scott, Ben Casnocha, and Robert Richman to your organization.