Blueprint for the Winning Formula

Alastair Campbell knows all about winning. As Tony Blair’s chief spokesman and strategist he helped guide the Labour Party to victory in three successive general elections, and he’s fascinated by what it takes to win. How do sports stars excel, entrepreneurs thrive...

Alastair Campbell knows all about winning. As Tony Blair’s chief spokesman and strategist he helped guide the Labour Party to victory in three successive general elections, and he’s fascinated by what it takes to win.

How do sports stars excel, entrepreneurs thrive, or individuals achieve their ambition? Is their ability to win innate? Or is the winning mindset something we can all develop? Drawing on the mindset and wisdom from an astonishing array of talented individuals – from elite athletes to top managers, from rulers of countries to rulers of global business empires – Alastair Campbell uses his forensic skills, as well as his own experience of politics and sport, to get to the heart of success.

Alastair examines how winners tick. He considers how they build great teams. He analyses how they deal with unexpected setbacks and new challenges. He judges what the very different worlds of politics, business and sport can learn from one another. And he sets out a blueprint for winning that we can all follow.

Alastair Campbell made his name as a tough, no-nonsense media operator that earned him the title “the world’s best spin doctor,” and a job offer from Bill Clinton. But spin, he says, is doomed to fail unless underpinned by real principles of strategic communications. As ...

Alastair Campbell made his name as a tough, no-nonsense media operator that earned him the title “the world’s best spin doctor,” and a job offer from Bill Clinton. But spin, he says, is doomed to fail unless underpinned by real principles of strategic communications. As the media world becomes more atomized, as old certainties die, how does a modern brand—human or organizational—communicate a message? How has technology changed the way that leaders communicate, and the led listen? And given how much change there has been in the last decade, how much more is to come, and what are the threats and opportunities presented? Campbell has ridden the waves of these changes by adhering to certain principles of strategic communications, which can be applied by any organization or individual who understands that in a world where the pressures are to be more tactical, strategy and strategic communications are the answer.

When the conflict in Kosovo was going wrong, Bill Clinton had a message for Tony Blair: “Send Alastair to NATO.” Clinton got to know Blair’s right-hand man in the early days of the New Labour government, when the President was engulfed in scandal, and found great support...

When the conflict in Kosovo was going wrong, Bill Clinton had a message for Tony Blair: “Send Alastair to NATO.” Clinton got to know Blair’s right-hand man in the early days of the New Labour government, when the President was engulfed in scandal, and found great support and strategy coming from Blair and Campbell. As the Milosevic regime started to win the propaganda war, Clinton and Blair realized that until communications were fixed, the military strategy would continue to struggle. So Campbell was seconded to NATO to oversee a complete overhaul of the entire Alliance’s communications. Campbell says the first rule of crisis management is that it is probably not a crisis. He believes that in a decade with Blair, there were only five—Kosovo, Iraq, 9/11 and the war in Afghanistan, and two domestic crises, massive fuel price protests and an outbreak of Foot and Mouth Disease. Drawing on lessons from what went right and what went wrong, and analyzing examples of good and bad crisis management in the private sector, he lays out simple lessons to help anyone who is hit by a genuine crisis.

Alastair Campbell is a writer, communicator and strategist best known for his role as former British Prime Minister Tony Blair’s spokesman, press secretary and director of communications and strategy. Still active in politics and campaigns in Britain and overseas, he now splits his time between writing, speaking, charities and consultancy.

He has written eleven books in the past eight years, including six volumes of diaries, three novels, a personal memoir on depression and the pursuit of happiness, and most recently Winners and How They Succeed, a Number 1 best-selling analysis of what it takes to win in politics, business and sport.

He has for many years been chairman of fund-raising of Bloodwise, Britain’s main blood cancer charity, but in recent years has become increasingly involved with mental health charities and causes. A former ‘Mind Champion of the Year’, he is an ambassador for the Time to Change campaign to raise awareness about mental illness, ambassador for Alcohol Concern, patron of Maytree, the country’s only charity for the suicidal, and of Kidstime, which supports the children of mentally ill parents. He co-founded the all-party campaign, Equality4MentalHealth, which was credited in Parliament by Chancellor George Osborne with securing an extra £600million for mental health services in the 2005 spending review.

Though he left a full-time role with the Blair government in 2003, he returned for the subsequent three general elections to help first Blair, then Gordon Brown and Ed Miliband. He also advised the Better Together campaign against independence for Scotland. He continues to advise left of centre parties, in particular in the Balkans, where he has for some years been a strategic director for the Albanian Socialist Party, who won a landslide victory in June 2013, making Edi Rama Prime Minister. Campbell has been Humanitas Visting Professor on media at Cambridge University, and has been honoured by both University College Dublin and Trinity College Dublin for his contribution to the Northern Ireland Peace Process. He is on the advisory board of Portland PR, and in addition independently acts as an advisor to governments, businesses, charities, sports organisations and high profile individuals. He helped to found the world’s first university in football business, UCFB, in Burnley, Lancashire, which has since extended to Wembley and Manchester City’s Etihad stadium.

He was born in Yorkshire in 1957, the son of a vet. His family moved to Leicester in 1968, and he went to school there until going to Cambridge University in 1975. He graduated four years later with a degree in modern languages. His university education included a year in France when he had his first ‘journalism’ published, articles on sex in Forum magazine. He also busked around the world with his bagpipes. Finally he decided to become a journalist and trained with the Mirror Group on local papers in the West Country before joining the Mirror itself in 1982.

He left in the mid 80s to work for Eddy Shah’s Today newspaper as news editor but had a nervous breakdown and left to return to the Mirror after convalescence. He rose to become political editor and the paper’s chief political columnist. He then worked briefly for Today under new ownership in 1994 before being asked by Tony Blair to be his press secretary when Mr Blair became leader of the Labour Party. Mr Blair, in his own autobiography, credited Mr Campbell with coining the phrase ‘New Labour’ as the label for the party’s strategy, and described him as a ‘genius’ for the role he played in helping to create New Labour, return the Party to power, and win three general elections.

After the 1997 landslide victory in the election he became the Prime Minister’s Chief Press Secretary and Official Spokesman, which entailed the co-ordination of Government communications and twice daily briefings of the press. He was seconded to NATO in 1999 to oversee communications during the Kosovo conflict. After helping Mr Blair win a second landslide election victory, he became Director of Communications and Strategy. He did this until he resigned in September 2003, saying it had been enormous privilege but he wanted more of a life with his partner Fiona and their three children, Rory, Calum and Grace, now aged 28, 26 and 21.

He writes a monthly interview for GQ magazine, and has covered figures as varied as Jose Mourinho and Nicola Sturgeon, Kevin Spacey and Mario Balotelli. Passionate about sport, he was written about different sports for The Times, the Irish Times and Esquire magazine. He was communications adviser to the British and Irish Lions rugby tour of New Zealand in 2005. He has raised funds for Burnley FC, a team he has supported since the age of four. His charity projects have involved him playing football with both Diego Maradona and Pele, and appearing in a one off version of the popular TV programme, The Apprentice.

In July 2007, he published his first book on his time with Tony Blair, The Blair Years, extracts from his diaries from 1994 to 2003, which was an instant Sunday Times Number 1 bestseller. He has since published four volumes of the full diaries, and a special edition of the diaries focused on the Northern Ireland peace process, ‘The Irish Diaries’. He has continued to keep a diary and is expected to publish his post Downing Street diaries in the future. His first novel, All In The Mind, appeared in November 2008, to enthusiastic reviews for its frank examination of mental illness. His second novel Maya, a gripping analysis of fame and the obsession it attracts, was published in February 2010. His third novel, published in September 2013, was called My Name Is, and tells the story of a young girl’s descent into alcoholism. This led to him becoming an ambassador for Alcohol Concern.

In October 2008 Alastair broadcast an award-winning one hour documentary on BBC2 about his own breakdown in 1986. Both the film, Cracking Up, and All In The Mind, won considerable praise from mental health charities and campaign groups for helping to break down the taboo surrounding mental health, leading to his election as Mind Champion of the Year award in May 2009. He has also made a BBC documentary about alcoholism, and more recently a film about wildlife. He has made a film too about his love of bagpipe music, which ended with him performing in front of 2,500 people in Glasgow’s Royal Concert Hall.

In his time in Downing Street he was involved in all the major policy issues and international crises. He has said that in ten years in the media, and a decade in politics, he saw his respect for the media fall and his respect for politics rise. He was called to the Leveson Inquiry into press standards twice, first for his insights into modern journalism, second to give his views on the changed relationship between politics and media. He is a sought after speaker at events around the world, specialising in strategic communications, leadership, team building and crisis management. Since publishing Winners, he has been asked to support a number of leading sports organisations.

He set out to carefully tailor his insights to a largely creative audience, and his anecdotes were told with the ease of a master storyteller

This forthright journalist, broadcaster and author has provided my clients with fascinating, entertaining and memorable insights into the world of politics and journalism at the very highest level.

Controversial, thought-provoking and highly entertaining, Alastair gave a refreshingly candid insight into past and present political leaders and events that captivated our guests. 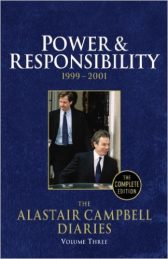 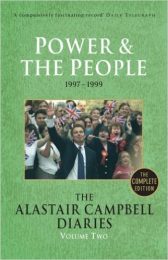 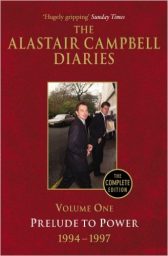 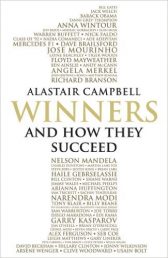