21st Century Leadership: Learning to lead, influence and empower a team to high performance in these fast-changing times

Description: The core attributes for effective leadership have changed. How do you lead in today’s fast-moving and ever-evolving times? Learn the attributes and skills necessary to lead a dynamic team made up of five generations. Key Lessons: ● The ...

Description:
The core attributes for effective leadership have changed. How do you lead in today’s fast-moving and ever-evolving times? Learn the attributes and skills necessary to lead a dynamic team made up of five generations.

Key Lessons:
● The essential strategies to recruiting the people you want and getting them to perform as you want
● How to get extraordinary achievement from (seemingly) ordinary people
● Uprooting the legacy leadership practices and belief systems that will severely limit your ability to succeed in today’s marketplace
● The No. 1 job of every leader and your key competitive advantage in organizational development
● Successful emotional management of your people
● Becoming a leader who motivates and inspires people to peak performance

Outcome:
Your leaders will get a 180-degree mindset adjustment on the essential qualities of leading by example and demonstration, not lecture or conjecture. They will understand the responsibility and difference-making opportunity associated with leadership. They will leave with the tools to empower them to become influential leaders who build high-performance teams that deliver results—big results.

“Darren’s 21st Century Leadership message is EXACTLY what everyone needs to hear! This message will change your people and your company’s future.”
-Logan Stout, CEO, ID Life.

The Entrepreneur Roller Coaster: Why NOW is the Time to #JoinTheRide

66 percent of small businesses fail—and it’s not for the reasons you think. Darren set out on a mission to figure out why and to turn this statistic around. His discovery was startling and contrary to most assumptions. Failure was not due to outside ...

66 percent of small businesses fail—and it’s not for the reasons you think.
Darren set out on a mission to figure out why and to turn this statistic around.
His discovery was startling and contrary to most assumptions.

Failure was not due to outside factors—they were internal. They weren’t economic—they were emotional. The unexpected and terrifying emotional roller coaster an entrepreneur experiences is the greatest factor in why most quit and ultimately fail.

Learn how to find what matters (really), what your (true) passion is, what your unique strengths are, and how to ignite your superhuman motivation to make yourself emotionally bulletproof as you take the wild ride through entrepreneurship.

● Learn the essential sales and marketing skills every entrepreneur needs to master in order to succeed in today’s brutally competitive marketplace.
● Learn how to recruit, keep, and get maximum performance out of A-level players.
Learn the four essential qualities of a 21st-century leader.
● Learn how to discover and monitor your Success Vitals–your vital functions, vital priorities, vital metrics, and vital improvements.
● Learn the six brain hacks to conquer fear forever so you can
enjoy the terrifyingly thrilling entrepreneur ride.

Outcome:
This keynote is designed to prepare your people for the wild ride of entrepreneurship. It will warn you (of forthcoming fears, doubts, and the self-defeating conditioning of your upbringing and past), inoculate you (from the naysayers, dream-stealers, and pains of rejection and failure), and guide you (as you build those under-developed skills of independence, self-motivation, and self-accountability) safely past the landmines that blow up and cause the failure of most new business owners.

The X-Factor for Success: How to create a culture of personal growth and high performance

Description: What separates those who end up on the cover of SUCCESS magazine from everyone else? What do today’s most celebrated achievers study, practice and do that defines their extraordinary success? Success Mentor Darren Hardy reveals the three core strategies ...

Description:
What separates those who end up on the cover of SUCCESS magazine from everyone else? What do today’s most celebrated achievers study, practice and do that defines their extraordinary success? Success Mentor Darren Hardy reveals the three core strategies they use to outsmart, outcompete and outdo everyone else. Learn and apply these strategies and you can too!

Key Lessons:
● How high-producing leaders create a culture of performance and personal growth for themselves and within their organizations.
● Productivity strategies used to multiply results in compressed time.
● Understanding how to build and sustain the enigmatic and unbeatable power of momentum.
● Empowering people to embrace and celebrate failure on their pathway to success.

Outcome:
Audience members will leave understanding that to improve their results in life they need to improve themselves through a specific and actionable plan.

Productivity Strategies of Superachievers: How Richard Branson, Steve Jobs, Donald Trump and others produce far more in less time than the rest of us

Description: From the thousands of printed pages and hundreds of hours of personal interviews with today’s most extraordinary achievers, Success Mentor Darren Hardy identifies the 3 distinctions that make the difference between being an overwhelmed, overworked and over...

Description:
From the thousands of printed pages and hundreds of hours of personal interviews with today’s most extraordinary achievers, Success Mentor Darren Hardy identifies the 3 distinctions that make the difference between being an overwhelmed, overworked and over-scheduled overachiever and being a superachiever who produces extraordinary results with less effort, less stress in less time, leaving lots of time to experience your family and the joys of life.

Key Lessons:
● The specific productivity strategies of Warren Buffett, Steve Jobs, Kenneth Cole, Richard Branson and Nike CEO Mark Parker.
● Understanding your Vital Signs of strategic productivity.
● Mastering your Vital Functions and core fundamentals to extraordinary achievement.
● The key to staying focused and eliminating your addiction to distraction.
● How to get yourself (and others) to DO what we know we should do—finally.
● Developing the key success habits to dramatically increase your success.
● Finding and keeping your motivation to stay consistent in the disciplines needed to succeed—long term.

Outcome:
Audience members will leave with some rarely known and insightful tips and strategies drawn from the most successful achievers in the world that they can immediately apply to their own business and life to significantly improve their productivity and results.

Igniting the Compound Effect: How to jumpstart your income, your life and your success

Description: The truth, told straight. The real deal on what it really takes to earn success—made plain, simple and actionable. Success Mentor Darren Hardy draws from his own extraordinary journey to success, and all he has collected from interviewing the most ...

Description:
The truth, told straight. The real deal on what it really takes to earn success—made plain, simple and actionable. Success Mentor Darren Hardy draws from his own extraordinary journey to success, and all he has collected from interviewing the most successful people of our time, and distills it into the core fundamental principles every achiever needs to know, practice and master to obtain anything more than ordinary success. Darren outlines the operating system that underlies all significant achievement and delivers a complete action plan that anyone can start executing immediately.

Key Lessons:
● Eradicating the bad habits (some you might be unaware of!) that are constantly derailing your progress
● Painlessly installing the few key disciplines required for a major breakthrough and lasting results
● The real key to motivation—getting it and keeping it; how to get yourself to do things you don’t feel like doing.
● Developing and capturing the elusive but awesome force of momentum—catch it and you will be unstoppable!
● How to win—every time! The No. 1 strategy to achieve any goal and triumph over any competitor, even if they are more talented, smarter and more experienced.
● The acceleration secrets of superachievers: Do they have an unfair advantage? Yes, they do; now you will too…

Outcome:
Finally, an understanding that there is no quick fix to success. Success is earned through hard work, discipline, key habits and the consistency of positive choices compounded over time. With the principles made clear and simple, attendees leave with a sense of clarity and belief that they can achieve extraordinary success, and knowledge about what to do to get started immediately.

Darren Hardy’s Key Accomplishments Include . . . SUCCESS Publisher and Editorial Founder Darren Hardy has been a leader in the personal development industry for almost 20 years, having led two personal-development-based television networks—The People’s Network (TPN) and The Success Training Network (TSTN)—producing and launching more than 1,000 TV shows, live events, products and programs with many of the world’s top experts.

Darren is a product and embodiment of the personal achievement principles he reveals in his best-selling books The Compound Effect and Living Your Best Year Ever. As an entrepreneur, Darren was earning a six-figure income by age 18, over one million dollars a year by age 24, and owned a company producing $50 million a year in revenue by age 27. He has mentored thousands of entrepreneurs, advised many large corporations, and sits on the board of several companies and nonprofit organizations.

As Publisher & Editorial Founder of SUCCESS magazine, Darren Hardy is uniquely positioned to sit down with the leading experts on human performance and achievement, as well as many of today’s top CEOs, revolutionary entrepreneurs, superstar athletes, entertainers and Olympic champions, to uncover the success secrets behind their extraordinary success, which he shares in his keynotes.
Darren regularly appears on national radio and TV for CNBC, MSNBC, CBS, PBS, ABC and Fox, while his highly-valued, actionable and results oriented content and engaging style has made him a favored keynote speaker, from audiences of 50 to stadiums of over 20,000 people worldwide.

More About Speaker, Darren Hardy . . .
Each month in the pages of SUCCESS magazine, on his social media platforms and before live audiences of entrepreneurs across the country, Darren Hardy distills the best of the best information and strategies available, mixing in his own street-tested principles of success.

Darren’s passion for personal development is at the core of his business and life philosophy. He is committed to helping others achieve their potential in order to live richer, more fulfilling lives.

”Darren is a rock star. He’s able to relate with all ages, with the polished, authentic and humorous manner that the younger generation really relates to. He knocks it out of the park every time he takes the stage at a ViSalus event.”

“There are few people in the world that are genuinely changing the direction of someone’s life in every action they take—you are one of them. On behalf of my company, our independent representatives, and corporate team, thank you for being our keynote speaker at our event. I’m still receiving emails of thanks and praise for your presentation. We would be privileged to engage you in our business time and time again.”

“You’ve set our network on fire, with no doubt you’re the most stimulating guest speaker we’ve ever had. I’m absolutely certain we’ll work together again.”

“Your level of preparation and professionalism is unmatched by any of our guest speakers, and we really appreciate the extra effort it took to give such an impactful training. You impacted our IBOs in a big, big way.”

”I have been attending and teaching seminars for 50 years and it was the best I have ever seen! The information on leadership, goal setting, planning, executing, hiring, firing, etc., was incredible. Darren is the best!”

”Darren was one of the best speakers we’ve ever had at any of our events in more than 18 years! His message is spot-on, his command of the material is awesome and he leaves people with clear, actionable steps to take their business and lives to the next level. We will definitely have him back!” 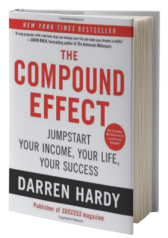