In her talks and keynotes, Kate shares stories from her own media career as well as actionable strategies that show women how to:

Gutsy, Gritty Strategies for Women: A Manifesto For Success

Kate White is a nationally known expert on leadership, work and success, and a New York Times bestselling author of several influential books on those topics.

The strategies she shares are based on her long career as a highly regarded media executive. She was the editor-in-chief of five major U.S. magazines, including Working Woman, Redbook, and, for fourteen years, Cosmopolitan. At Cosmo she increased circulation by an astonishing 30 percent and oversaw all aspects of the brand, including the website, apps, radio network, books, and videos.

White is an in-demand speaker for conferences, companies, and universities around the country due to her business wisdom and principles. She has appeared on numerous national television shows, including The Today Show and CNN’s Quest Means Business. Her articles on leadership, success, and branding have been featured in a variety of publications and websites, including Forbes and HBR.com. Her honors include the Matrix Award for Outstanding Achievement in the Communications Industry and the Woodhull Institute Award for Ethical Leadership. She was named one of the 15 Best Career Experts to Follow on Twitter by CEOworld.com.

Kate is the author of content-driven business books, including most recently, I Shouldn’t Be Telling You This: How to Ask for the Money, Snag the Promotion, and Create the Career You Deserve, and, in April, The Gutsy Girl Handbook, a totally revised edition of her groundbreaking 1990’s Wall Street Journal bestseller, Why Good Girls Don’t Get Ahead but Gutsy Girls Do. She is also the New York Times best-selling author of 12 murder mysteries and psychological thrillers, which have been published in 13 languages.

More About Kate White . . .
She is a graduate of the first co-educational class at Union College, and in 2013 attended the Women’s Leadership Forum at the Harvard Business School Executive Education program.

“I have only received positive reviews. I’m extremely happy with the event.”

We received tremendous feedback on having Kate as a speaker. Her energy and bold tips for success lit up the room, and set fire to those in attendance to pursue next steps in their careers.”

Kate White’s entertaining presentation loaded with incredible wisdom and advice keeps you engaged throughout, best speaker at our conference!

Kate delighted our audience with her sassy wit, smart charm and approachable, relatable humor. She spoke with fabulous candor and left our audience inspired to go big, or go home 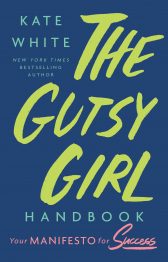 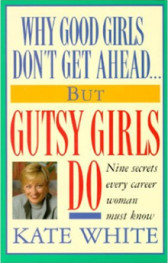 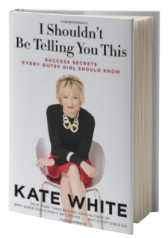 From the Kama Sutra to Riding the Growth Pony: Ribald and Renegade Rebranding Secrets from Cosmo Magazine's Maverick Editor

For almost 15 years, Kate White was the editor-in-chief of Cosmopolitan magazine — That means she was the one responsible for provocative cover lines...