What Makes the Great Ones Great

As a sports writer and author of more than two dozen books, Don has had a front row seat with some of the greatest winners in athletics, including Walter Payton, Jimmy Connors, Michael Jordan, John Wooden, Pat Riley and Dale Brown. They are all legends in their own right, but ...

As a sports writer and author of more than two dozen books, Don has had a front row seat with some of the greatest winners in athletics, including Walter Payton, Jimmy Connors, Michael Jordan, John Wooden, Pat Riley and Dale Brown. They are all legends in their own right, but does anyone believe the athletes mentioned above are really the GREATEST athletes of their time, physically? Remember, Jordan wasn’t even the first pick in the draft. Payton had to go to a small black college because bigger schools didn’t want to risk a scholarship on him. Each became a champion through strength and skills that had nothing to do with physical prowess.

Using rich personal accounts gathered from more than twenty-five years of interviews with many of today’s sports legends and business leaders, Don has distilled Sixteen Consistent Characteristics of Greatness. Don shares some of these characteristics with audiences, in an easy, engaging style, which helps participants realize that they, too, can achieve a higher level of personal success.

What Makes the Great Teams Great

The Great Teams Understand “The Why”.  They are connected to a Greater purpose.  Learn how to constantly remind your players and employees of who they are in service of while being acutely aware of downstream beneficiaries. The more a company creates “...

The Great Teams Understand “The Why”.  They are connected to a Greater purpose.  Learn how to constantly remind your players and employees of who they are in service of while being acutely aware of downstream beneficiaries. The more a company creates “mission moments” for employees and team members to understand that Greater purpose, the better off the team will be when it comes to enduring any challenges along the way to achieving its goal. In this captivating session, Don Yaeger shares his findings from interviews with Olympic Gold Medal winners like USA Basketball Head Coach Mike Krzyzewski (Coach K), 2014 NBA Most Valuable Player Kevin Durant, and USA Basketball CEO Jerry Colangelo, as well as 4-Time Super Bowl champion quarterback Tom Brady, brilliant thought-leader Simon Synek and longtime Medtronic CEO Bill George.

What Makes a Great Teammate

Every winning team has an MVP… And every MVP has teammates.  The Great Teammates immerse themselves into the fabric of high-performing organizations. They accept and commit to whatever role is needed to ignite momentum and yield winning results!  Through remarkable ...

Every winning team has an MVP… And every MVP has teammates.  The Great Teammates immerse themselves into the fabric of high-performing organizations. They accept and commit to whatever role is needed to ignite momentum and yield winning results!  Through remarkable insight from the GREATEST Teammates of our time, Don teaches you how to be invaluable without being most valuable. This universal lesson is one that is applicable to anyone in an organization from those at entry level positions to top level management. Fly the ‘W’ with Don as he breaks down business-applicable lessons that can be learned from former Cubs catcher David Ross and a World Series for the Ages, and many more.

As an award-winning keynote speaker, business leadership coach, eleven-time New York Times best-selling author, and longtime Associate Editor for Sports Illustrated, Don Yaeger has fashioned a career as one of America’s most provocative thought leaders.  As a speaker, he has worked with audiences as diverse as Fortune 500 companies and cancer survivor groups, where he shares his personal story.

He is primarily sought to discuss lessons on achieving greatness, learned from first-hand experiences with some of the greatest sports legends in the world.  He is also often retained by companies and organizations to coach their leaders, management teams, and employees on building a culture of greatness by studying great teams in sports and discerning the business lessons we can learn from them.

Additionally, as an Executive Coach, Yaeger has worked with a range of leaders from the president of the largest bank in the Caribbean to CEOs of financial services companies to technology executives. His coaching model is based on years of experience and study with those who have inspired championship-level teams.

Throughout his writing career, Don has developed a reputation as a world-class storyteller and has been invited as a guest to almost every major talk show – from The Oprah Winfrey Show to Nightline, from CNN to Good Morning America.

Few journalists can lay claim to as exciting and colorful a career as Don Yaeger.

In the three decades since he accepted his first newspaper job in Texas, the breadth of his assignments has been astounding.  He has traveled the world in pursuit of stories as diverse as:

Yaeger began his career as a reporter for the San Antonio Light where he rose through the ranks to pen investigative features for the daily.  He later moved on to the Dallas Morning News.  Following his time in Dallas, Yaeger worked as a political editor for the Florida Times-Union.

After four years, he decided to dedicate himself to the pursuit of writing books.  Yaeger’s first book, Undue Process: The NCAA’s Injustice for All, was published in 1990.  In the nearly 30 years since, he has penned 26 more books, including eleven New York Times best-sellers.

Yaeger also wrote A Game Plan For Life, with legendary coach John Wooden.  It was published on Coach’s 99th birthday in October 2009.

Movie rights to four of Yaeger’s books have been sold, with two slated for nationwide release in 2018.

After several years of freelancing for Sports Illustrated, Yaeger joined the magazine’s staff full-time in July 1996.  Two years later, he was promoted to Associate Editor where his job was to cover not just sporting events but also the off-the-field happenings that affect the world of sports.  He took an early retirement from full-time work at SI in 2008, but continues to freelance for the magazine.

Yaeger and his co-author William Nack were finalists for a 2000 National Magazine Award in the public interest category for their cover story “Who’s Coaching Your Kid?: The frightening truth about child molestation in youth sports.”  This important piece triggered follow-up reports by programs such as Dateline, 20/20 and The Oprah Winfrey Show.  It also resulted in changes to the law in several states and several youth sports organizations, including Little League of America, which changed rules to require background checks of coaches and volunteers.

Born and raised in Hawaii, Yaeger has traveled extensively and lived abroad in the Dominican Republic, Honduras, Japan ,and Great Britain.  A 1984 graduate of Ball State University, Yaeger currently lives in Tallahassee, FL.  He also owns a political consulting business and a public relations firm.  He and his wife Jeanette have a son and a daughter.

“That ability to visualize victory, which you illustrated so wonderfully with the story about Pat Riley and the Miami Heat, is the kind of lesson every sales person can make use of. Hearing it from someone with your credentials made it all the more valuable for us. I speak for all of us when I say that your presentation at this quarterly sales meeting was so well-received that we wish we could have you there at every meeting!”

“Thanks again for a truly motivational, empowering and engaging ‘conversation’ last night. You truly captivated our team and stimulated great thought! In the countless presentations that we have made to our team, I have never seen them so engaged. Your messages were very relevant to them and the core messages of greatness, the power of associations and personal choices will make a difference in all aspects of their lives. Your ability to reach such a diverse group was amazing. From our executives to the front line warehousemen and delivery team and to the high school aged children who attended with their parents, all were equally engaged and impacted.” 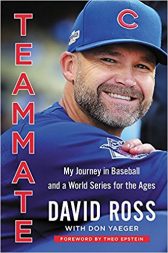 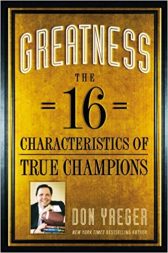 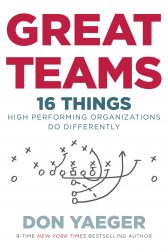 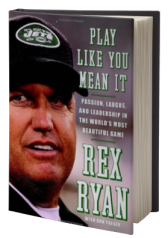