In his over 25-year career at the world’s most innovative organization – The Walt Disney Company – keynote speaker Duncan Wardle learned many important things about building a profitable business and winning creative culture. The most important? If you want to be different, you have to think different.

As one of the most impactful creativity speakers, Duncan leans on his experiences as the Head of Innovation & Creativity at Disney to take audiences on a journey. Throughout Think Different, they’ll be given a unique set of Innovation Tools and Techniques – the same ones Duncan used with teams inside the Disney organization. These include the breakthrough “What If” creative thinking tool, made famous by Walt Disney himself, who used it to pivot his company from simply an animation house to an entertainment and theme park pioneer.

After this immersive crash course from the acclaimed creativity keynote speaker, your organization’s ability to mine for creativity and innovation will be drastically improved. In the end, your audience will leave with an actionable set of steps they can take to immediately start reshaping your company’s culture, creating a space where innovation thrives, and teams are encouraged and rewarded when they think different.

Innovation is not something that happens by chance. It’s the result of building an environment in which it can thrive.

Duncan Wardle knows a thing or two about fostering an environment of innovation. During his time as the Head of Innovation for a company known for redefining pretty much every industry they touch – The Walt Disney Company – Duncan’s decades of success weren’t merely a matter of luck or chance. No, his results were a direct reflection of his ability to create an innovative culture, and ensure that everyone on his teams were put in a position to let their inner creativity run wild.

In his Embedding Innovation Into Everyone’s DNA keynote, Duncan will share the exact steps and strategies used to create such an environment. Your team will learn how to create safe spaces for taking creative risks, ensure everyone on your team is empowered and thinking like an entrepreneur, and transition from the ideation stage into action. He’ll also share a creative problem-solving tool called “What Else,” which will prime your organization to discover innovative ideas each and every time you set out to tackle a challenge.

In the end, your team will walk away from this keynote with a fresh outlook on their day to day tasks, and be ready to approach them with new levels of creative thinking, allowing innovation to flourish.

The best brands in the world don’t thrive simply because of their great product or service. They thrive because of an unrelenting passion and focus on customer experience.

Throughout Customer Experience Magic, creativity keynote speaker Duncan Wardle will show your audience what can happen when your organization transitions from a product-centric focus to a customer-centric one, and the steps you’ll need to take to get there. He’ll share a famous real-world example from his time as the Head of Innovation and Creativity at The Walt Disney Company, where they found themselves facing challenges brought on not by their direct competitors, but by retail behemoth Amazon, whose lightning-fast fulfillment and delivery systems drastically changed how long consumers were willing to wait to be served.

As Duncan walks your audience through this example, he’ll share the exact steps they took to turn this problem into a massive opportunity, and how they used it to reshape the way Disney serves its theme park guests, creating a whole new echelon in customer experience. A new level of experience that’s frequently deemed to be “magic” by their guests.

By the end of this interactive presentation, your audience will have developed a whole new understanding of customer experience, and will be able to reframe all the challenges facing your organization, finding those unique opportunities to create some customer experience magic.

Duncan Wardle is an innovation and creativity keynote speaker. As the former Vice President of Innovation & Creativity at The Walt Disney Company, Duncan Wardle spent his 25-year career at Disney developing some of their most innovative ideas and strategies. Ideas that would forever change the way the company expands its impact, trains its employees, and solves its problems creatively. What sort of ideas? How about sending a beloved Pixar character into outer space?

Duncan challenges everyone to claim their own creativity, thus creating a culture of innovation never possible before. The former Head of Innovation and Creativity for Disney, Duncan is now one of the world’s most highly regarded innovation speakers and consultants, teaching companies, brands and individuals across the globe to overcome their own expertise and get out of their own way. To think differently and creatively.

In an age where meetings and projects and presentations have your employees feeling like they are “too busy to think,” Duncan teaches how to create an innovation “light switch.” A way to turn on their creative brain and access the ideas that turn ordinary companies into industry leaders.

It takes time and money to find, hire, and build your teams. So why not leverage the full potential of their creativity and harness the full spectrum of their innovation? Through his pioneering consulting services, Duncan teaches organizations how to do just that, maximizing the ROI they receive on their most valuable resource: their people.

When tasked with developing a creative public relations campaign to launch Walt Disney World’s newest attraction, Toy Story Mania, Duncan made a deal to send the one and only Buzz Lightyear up on NASA’s Space Shuttle Discovery, where he took part in the live broadcasts Astronauts beamed back to earth. It was the ultimate in creative cross-promotion, and forever gave Duncan bragging rights, having launched a PR campaign that was literally out of this world!

Back on Earth, Duncan and his team were tasked with leading the Walt Disney creative process for LucasFilms, Pixar, Marvel, Disney Imagineering, Disney Parks and ESPN. Realizing that innovation and creativity were not inherent traits, but something that could be taught and learned, Duncan founded the Creative Catalyst Team. This team was used to teach employees across all the Disney properties how to develop their own “thinking toolkit,” which would enable them to strategically and repeatedly create moments of innovation within their business units.

The program was a massive success, and during Duncan’s tenure, the group trained over 3,000 professional and executive Disney cast members. Participants walked away from Duncan’s program with the ability to think more audaciously when solving challenges and create innovative new storylines, products and services throughout the entire Disney universe.

While Duncan loved the challenge of running the creativity and innovation teams at the world’s most creative company, he understood that his ability to successfully teach others to develop an innovation and ideation toolkit was something that could have a massive impact for people and organizations across the globe. And so, he left to launch his creative consulting company id8, which has quickly become one of the top innovation consulting firms in the world, and in the process, has allowed Duncan to share his creative consultant services and innovation workshops to thousands of employees and executives at companies such as Ford, McKinsey, Coca-Cola, NBA, Apple, Johnson & Johnson and Forbes.

With an infectious energy and playful collaboration, Duncan pushes executives and their teams to overcome preconceived ideas, act more audaciously, and develop their own innovation “light switch,” which is a method to activate their creative brain and access the ideas that turn ordinary companies into industry leaders. 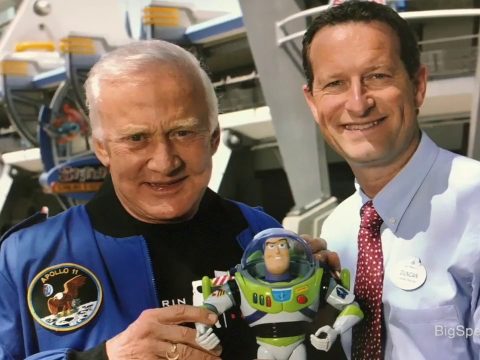 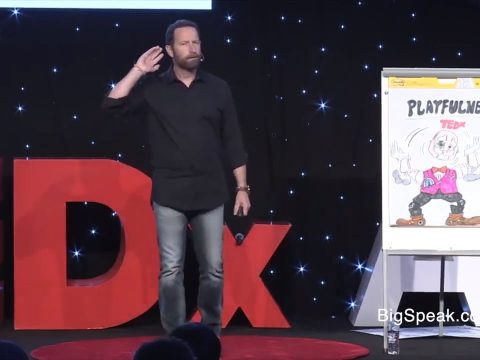 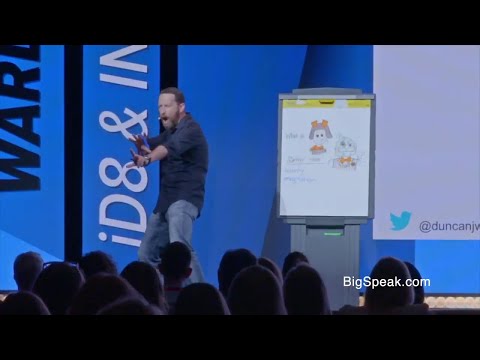 How to Design a Creative Experience for Your Customer

Demystifying Design Thinking is more than just an innovation workshop… it’s verifiable a game changer for participants. As a leading innovation consultant, Duncan Wardle shares his insights from his former career of over 25 years at The Walt Disney Company, including his time serving as the Head of Innovation and Creativity.

That’s right…you’ll be learning from the man that pioneered the Disney Innovation Process!

Participants in this workshop will be trained on creative problem-solving, learning how to identify new opportunities within the marketplace, take calculated risks, work collaboratively within their teams and across other departments, bring fresh ideas to market, and drive strategic growth for their organization.

Through an entertaining, interactive workshop, team members will learn about each of the 4 stages of creative problem solving: Initiate, Investigate, Ideate, Activate.

In the end, your team will think, laugh, share and learn. They’ll walk away with new skillset and toolkit that will greatly increase their ability to innovate, and more importantly, they will be energized and ready to start tackling these creative problems for your business today!

In this age of artificial intelligence and rapid technological innovation, how can companies stay ahead of the curve? How do you compete when the rules of the game seem to change every single day?

Simple. Be bold. Be memorable. Be brave. And be creative.

Thankfully, Duncan has compressed his decades of leading the Walt Disney creative process into an immersive creativity workshop. “Leading for Creativity” provides a unique set of 8 “Creative Behaviours” that will help foster a culture of innovation and creativity in your company.

After learning these 8 creative behaviours, your team will be able to achieve new levels of creativity within your organization. The kind of creativity that will allow your business to remain on the cutting-edge of innovation not just for today or tomorrow, but for years to come.

Have you ever thought how amazing it would be if you could read your customers’ minds? Well, Duncan Wardle had the same thought back when he was leading the Disney creativity and innovation team. So, he figured out a way to do just that, turning himself into a “customer mind reader.” And now, through his innovation workshop “Insights for Innovation,” he’s training teams across the globe to do just the same.

The Insights for Innovation workshop is all about uncovering consumer truth. Duncan will show your team how to fine-tune their mind reading skills and understand exactly what is going on inside your customers’ heads. After several interactive sessions, they’ll have the tools they need to absorb and clarify insights, and develop actionable steps based on what they learn through interacting with your customers.

More than just surface level listening, your team will master the ability to find customer clues, make informed hypotheses, and create innovative solutions focused on what your customer really want and need. The result? A workforce that is practically reading your customers’ minds, and giving your business an incredible competitive advantage in the process. 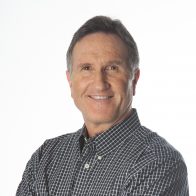 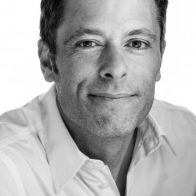 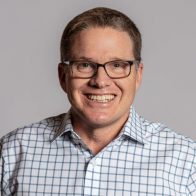 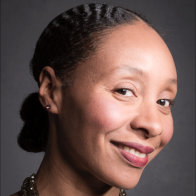